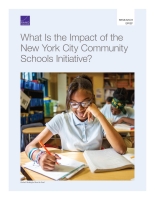 What Is the Impact of the New York City Community Schools Initiative? 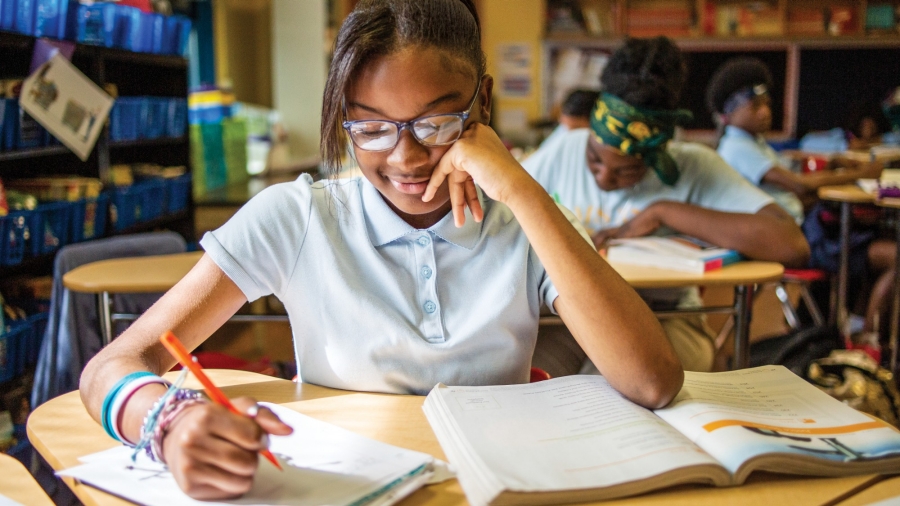 Photo by Rachael Hacking for Show the Good

With the launch of the New York City Community Schools Initiative (NYC-CS) in 2014, the New York City Department of Education (NYCDOE) increased its focus on implementing a holistic strategy of education reform to address the social consequences of poverty as a way to improve student outcomes. The strategy of the NYC-CS is to organize resources in schools and share leadership among stakeholders so that academics, health and wellness, youth development, and family engagement are integrated into the fabric of each school. Although community schools are expanding across the country, New York City is implementing the strategy at a scale unmatched nationally.

Our team of RAND researchers assessed the effects of the NYC-CS on several outcomes for elementary/middle schools and high schools. We assessed the effects along seven outcome domains (attendance, educational attainment, academic performance, disciplinary incidents, teachers' shared responsibility for student success, student connectedness to adults and peers, and family empowerment opportunities). Our comparison schools were chosen to match the community schools on preinitiative outcomes, as well as on other characteristics that are known to be related to changes in these outcomes. We leveraged an innovative quasi-experimental approach to determine whether students in the community schools were performing better than they would be doing if their schools had not been designated as community schools. This research brief summarizes the results of that effort.

The figure shows the results for elementary and middle schools and high schools. The shaded cells indicate where we found that the NYC-CS had a positive and statistically significant impact in any of the three years for which we measured outcomes—2015–2016, 2016–2017, and 2017–2018. The arrows indicate whether the positive impact involved an increase or decrease in the outcome.

We also examined whether estimated program impacts were being driven by certain subgroups of students or schools, including schools that had been found to be implementing key aspects of the NYC-CS program at higher levels than others (results not shown). Although all community schools experienced reductions in chronic absenteeism, community schools with higher levels of implementation of mental health programs and services saw a stronger impact on this outcome than did community schools with lower levels of mental health implementation; also, there is evidence of variation in impact for some outcomes when comparing community schools that were concurrently a part of the NYCDOE's Renewal Schools Program with those that were not. Otherwise, we did not find a consistent pattern of differential impacts to suggest that the overall pattern in estimated effects was being driven by particular subgroups of students, schools, or program implementation factors.

Implications and Directions for Future Research

The positive findings of the impact of the NYC-CS suggest that the strategy can be a promising approach to support student success in traditionally disadvantaged communities. These positive impacts are particularly important because the NYC-CS is such a large program compared with other instances of the community schools strategy that have been rigorously evaluated thus far. If other, smaller efforts that instill a whole-child, whole-school strategy for student support are to be developed, the coordinated efforts of the New York City Office of Community Schools, along with other key agencies in the city (such as the Department of Health and Mental Hygiene and the Mayor's Office for Economic Opportunity), may provide a promising template for such initiatives.

As for future research, there is a need for an explicit inquiry into the district-level strategies and processes that shape the program as a whole and are likely to affect the implementation experiences of schools. Although we see great merit in this comprehensive evaluation that considers the cumulative impact of the various NYC-CS program features, we encourage researchers to conduct focused investigations into particular community school components, such as family engagement, extended day activities, or mental health service provision. And finally, we encourage researchers to examine more long-term impacts of the community school strategy, ideally extending beyond the limited time frame used for this study.