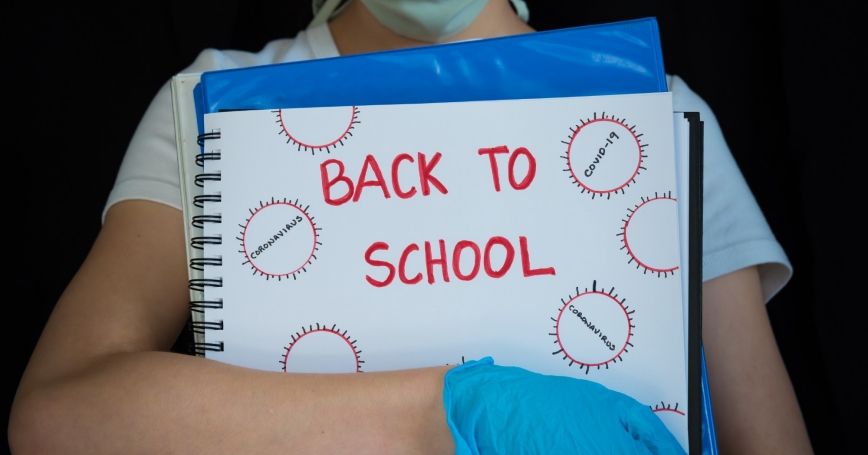 Safely reopening K–12 schools for in-person instruction requires complicated protocols ranging from symptom monitoring to physical distancing, as well as containment of coronavirus transmission in the community. Widespread screening for asymptomatic carriers of the virus is not currently part of most school protocols, even though children and adults without symptoms may play a role in viral transmission. It may be time to plan for making screening tests a standard component for safe school reopening, in conjunction with other public health measures such as mask-wearing, sanitation, and physical distancing.

To date, screening test implementation has been considered infeasible due to test shortages, concerns about effectiveness, cost, and logistical challenges. The Centers for Disease Control and Prevention does not recommend screening tests in its guidance for schools. But with developments in rapid test technology and manufacturing, these concerns could be addressed with planning.

Shortages of diagnostic tests and long turnaround times have captured most of the attention on coronavirus tests. But low-cost, rapid tests, many of which do not require a lab for analysis, could increasingly become available in coming weeks. Although they may produce more “false negative” results than gold-standard molecular tests, repeated testing could identify most carriers.

It may be time to plan for making screening tests a standard component for safe school reopening, in conjunction with other public health measures.

With cost estimates as low as $5 for a new antigen test (PDF) that uses nasal swabs, a modest sized school with a weekly testing protocol for all students, teachers, and staff over a school year could cost the equivalent of one to two teacher salaries. This expense is dwarfed by gains to local economies, not to mention the benefits to health.

The primary barrier to screening test programs is likely to be the complexity of developing and implementing protocols. States could help by providing guidance covering the four key components of a screening testing program.

First, assist schools in procurement of rapid tests. Millions of tests with needed characteristics will be manufactured in coming months, but coordination in procurement may be needed to avoid some of the issues that have plagued diagnostic testing.

Second, develop an easy-to-apply framework to allow diverse school districts to select an appropriate testing protocol given community prevalence, implementation considerations, and costs. The different testing protocols could address which populations should be tested and how often; how consent would be obtained; who would administer tests and what skills and training would be required; where test processing would occur (at the school or a central analysis site); how results would be reported to students, parents, and other stakeholders while preserving privacy and meeting public health needs; and how individuals testing positive would be managed. The framework could incorporate estimates of the impact of different testing protocols, such as repeated point prevalence screening on the entire school population and random sample testing on transmission within the school and the broader community, as well as the operational feasibility and cost of implementation.

Third, create resources to help schools manage the testing information. Testing protocols would require a secure information architecture to manage the results and guidance for how to respond to various scenarios in test results. Further, the system could be designed to incorporate results from additional diagnostic findings, such as screening questionnaires and temperature checks.

Fourth, monitor results continuously. To enable rapid learning, active infections in schools could be monitored, evaluations made as to whether infection rates are increasing, and then a determination could be made on the effectiveness of rapid testing and other strategies in reducing transmission.

With government, foundation, and/or industry support, the coordinated development of these steps could be achievable. Schools could have priority, but screening tests might also benefit other sectors that implement similar models. While the testing technology log jam is being cleared, state policymakers and school leaders could begin planning now to draft, pilot, and evaluate protocols for reopening schools that incorporate rapid testing.

Peter S. Hussey, is vice president and director of RAND Health Care at the nonprofit, nonpartisan RAND Corporation. John J. Rydzewski is chairman of the RAND Health Board of Advisors and senior advisor to PJ Solomon.