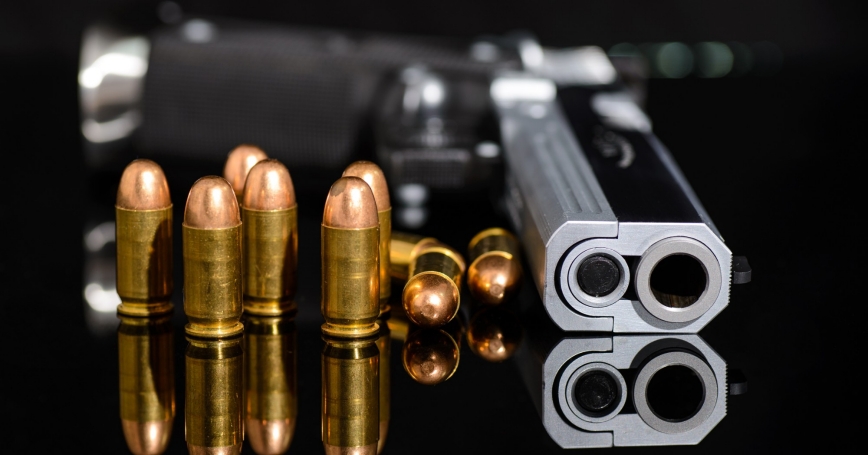 Do gun-free zones prevent mass shootings, or encourage them? The truth is, no one has enough good evidence to say for sure.

America spends more research money studying hernias and peptic ulcers than it does studying gun violence. As a result, we don't know whether assault-weapon bans reduce homicides, or whether better background checks might prevent accidental shootings. We don't even know how many guns are circulating in the United States right now.

A two-year study of gun policy in America by researchers at RAND found the following:

“Gun policy is an area that has been systematically and intentionally understudied for the last two decades,” said Andrew Morral, a senior behavioral scientist at RAND who led a team of nearly 20 researchers on the gun policy project.

“Getting better information seems like an obvious first step toward trying to create a shared set of understandings about which policies will achieve goals that both sides in the debate appear to share,” he added. “No guarantees. But my hunch is that there are enough people who want to know the truth that collecting that kind of information would help grow a consensus around a shared set of facts.”

The federal government spends only about 1.6 percent as much on gun violence research as it does on research into traffic crashes and other leading causes of death.

Among the leading causes of death in America, gunshots claim about as many lives as car crashes. More than 38,000 people die by guns every year, the majority of them suicides—an average of more than 100 gun deaths every day. Yet the federal government spends only about 1.6 percent as much on gun violence research as it does on research into traffic crashes and other leading causes of death. That's no accident.

In the mid-1990s, Congress zeroed out the budget for gun violence prevention at the Centers for Disease Control and Prevention (CDC) after some of its studies linked home gun ownership with higher rates of firearm deaths. Congress also prohibited the use of federal research funding to promote gun control. The CDC has since interpreted that rule, advocated by the National Rifle Association (NRA) and known as the Dickey Amendment, as an outright ban on most gun research.

That has left mostly private foundations and universities to search for evidence about what works and what doesn't to prevent gun violence. Without government support, they also work without much government data. Researchers wanting to follow trends in gun ownership rates, for example, have had to try to estimate those numbers from hunting permits, firearm suicide rates, even subscriptions to Guns & Ammo magazine.

RAND Gets Involved with Sweeping Study

RAND decided to get involved in late 2015. At the time, a shooting that left 14 people dead at a holiday office party in San Bernardino, Calif., was still in the headlines. The same pundits were making the same old arguments on cable news and the opinion pages. What was needed, RAND leaders decided, was a neutral review of the evidence on a range of gun policy proposals, from background checks and weapon bans to stand-your-ground and concealed-carry laws.

“It was time to do something, if there were something we could do to make a difference,” RAND President Michael D. Rich said. RAND sponsored the work itself, using funds it reserves for research ventures that are especially tough and often controversial.

Researchers reviewed thousands of books, journal articles, and research papers on gun policies and gun violence prevention. Almost none had the scientific rigor to show that a given policy actually changed a given outcome, such as the number of suicides or accidental injuries. The researchers found just 63 studies that met that standard, with few clear answers.

Do assault-weapon bans reduce mass shootings or violent crime? The evidence was too sparse and too uncertain to say for sure. Do waiting periods for gun purchases reduce suicides, homicides, or accidental deaths? Inconclusive, with too few studies and contradictory results. What do we know about gun-free zones, defensive gun use, or policy effects on the gun industry? Almost nothing.

RAND sponsored the work itself, using funds it reserves for research ventures that are especially tough and often controversial.

The researchers had planned to build an online calculator that would help policymakers sort through different combinations of gun policies and see their likely effects. But as they reviewed the evidence, they realized it wasn't nearly strong enough. Midway through the project, they scrapped the calculator and replaced it with a survey of more than 100 gun policy experts.

The experts fell into the same two camps as the gun debate in general. On one side, the “permissives” favored looser gun regulations and identified themselves most closely with the NRA. On the other, the “restrictives” wanted tougher gun regulations and identified with groups like the Brady Campaign to Prevent Gun Violence. There was no middle ground.

But the survey found that the two sides mostly agreed on what the objectives of any gun policy should be. They both listed reducing homicides and suicides as the top priority, followed by preventing mass shootings, protecting privacy rights, protecting hunting and sport shooting, and protecting gun rights. It wasn't a clash of values; it was a disagreement over which policies would best achieve those objectives—a difference of facts.

“That's a huge difference, and you have to assume it really colors how the two sides evaluate gun policy,” RAND's Morral said. “There's a right answer to that question; we could figure out how much substitution for firearms really happens. But there's so little research we can point to. We've been having these disagreements for decades, and yet we have not invested in trying to evaluate many gun policies.”

He sees some reason for optimism, even after spending two years immersed in the gun policy debate. Earlier this year, for example, Congress passed a budget that greatly expands funding for a nationwide database of violent deaths. That could help researchers better track and understand gun violence. Congress also backed changes to the national background check system, to improve the sharing of information across federal and state agencies.

And it attempted to clarify that the Dickey Amendment—the federal rule against using research dollars to promote gun control—doesn't require a ban on all gun research.

“Our nation does not have to choose between reducing gun-violence injuries and safeguarding gun ownership.”

A 2015 op-ed in the Washington Post made the same point. It was written by Mark Rosenberg, who once oversaw gun violence research at the CDC, and Jay Dickey, the former Republican congressman from Arkansas who sponsored the 1996 amendment that stifled that research and that still bears his name.

“We can get there only through research,” they wrote. “Our nation does not have to choose between reducing gun-violence injuries and safeguarding gun ownership. Indeed, scientific research helped reduce the motor vehicle death rate in the United States and save hundreds of thousands of lives—all without getting rid of cars.”

The RAND Corporation has been selected to help oversee a philanthropic fund that will support high-quality research on issues related to gun violence.

The National Collaborative on Gun Violence Research is a creation of the Houston-based Laura and John Arnold Foundation (LJAF), which has pledged $20 million to the effort and will seek an additional $30 million from other philanthropic groups.

Over the next five years, research sponsored by the collaborative will seek data-driven answers on the causes and patterns of gun-related violence in the United States. Based on scientific evidence, the work will help policymakers craft evidence-based policies to reduce gun violence. Read more »