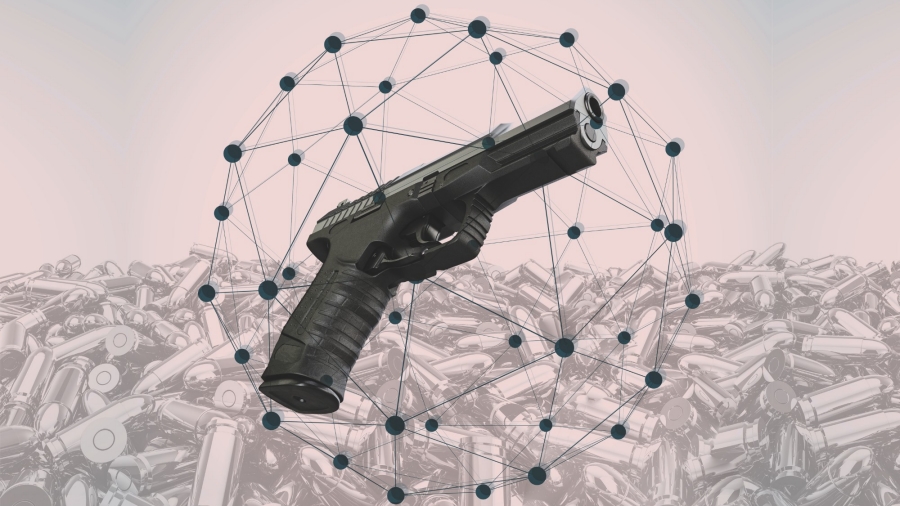 Throughout the course of the Gun Policy in America project, we consistently found inadequate evidence for the likely effects of different gun policies on a wide range of outcomes. This does not, of course, mean that the policies have no effects, but instead reflects the relatively scarce attention that has been focused on better understanding these effects. This is partly because, for the past two decades, the U.S. government has been reluctant to sponsor work in this area at levels comparable to its investment in other areas of public safety and health, such as transportation safety. But even among private research sponsors, research examining the effects of gun policies on officer-involved shootings, defensive gun use, and hunting and recreation—outcomes of interest to many stakeholders in the gun policy debate—is virtually nonexistent. Furthermore, data that would help researchers examine the effects of gun policies are often either not collected or not shared. Here, we review some of these challenges to the scientific study of gun policies and recommend ways to improve this body of research.

The science on which to base gun policy has advanced slowly since 2004, when a panel of the National Research Council concluded, "If policy makers are to have a solid empirical and research base for decisions about firearms and violence, the federal government needs to support a systematic program of data collection and research that specifically addresses that issue." Unfortunately, federal support for research that could help states and communities reduce firearm crime, violence, and suicide has been very limited since at least 1996, when Congress passed the Dickey Amendment, which prohibited the Centers for Disease Control and Prevention (CDC) from “advocating or promoting gun control” and simultaneously cut $2.6 million of funding from the agency, an amount equal to what its injury prevention center had been spending on gun violence research.

As Arthur Kellermann and Frederick Rivara pointed out in 2013, the language of the Dickey Amendment did not explicitly prohibit research on gun violence or gun policy, but concern that any gun research could be viewed as advocacy led the CDC to avoid supporting gun policy research lest it invite another negative budget adjustment like that in 1996.

As a result, federal spending for research on gun-related mortality is far below the levels of funding for studying other sources of mortality in the United States. A 2017 study by David Stark and Nigam Shah found that, compared with federal funding for other sources of mortality that kill similar numbers of Americans, the federal government invests just 1.6 percent as much on gun violence research (see the figure below). With this federal inattention comes a corresponding inattention by researchers: Stark and Shah also found that the volume of research publications on gun mortality was just 4.5 percent of what would be expected based on publication volume for other leading causes of mortality.

Since that study, however, there have been promising signs that the environment for research on gun policy is improving in the United States. In 2018, Congress passed an appropriation to fully fund the National Violent Death Reporting System for the first time, after nearly 15 years of calls by researchers for better government surveillance data on violent deaths in the country. Once regularly collecting data on violent deaths, this system is likely to become a premier source of data for research on the effects of gun policies.

In December 2019, Congress appropriated $25 million for gun violence prevention research, the first such appropriation specifically for research on gun policy since the Dickey Amendment was introduced in 1996. This could be the beginning of a sustained government research program that can help researchers make progress in understanding and preventing gun violence in the United States.

At the same time, private foundations and states have played a growing role in supporting gun violence prevention research. For example, the Joyce Foundation has funded research on gun violence for decades. And in 2018, Arnold Ventures established the National Collaborative on Gun Violence Research, which issued almost $10 million in grant awards in 2019 and plans to award a similar amount in 2020.

At the state level, California has made a considerable investment in gun policy research at the University of California—Davis’s Violence Prevention Center, New Jersey has funded a new Center on Gun Violence Research based at Rutgers University, Washington has invested $1 million in gun violence research at Harborview Medical Center, and five East Coast states and Puerto Rico have joined to form the Regional Gun Violence Research Consortium. Each of these initiatives is relatively small, but all can make important contributions to understanding gun violence prevention efforts in their states. Other states also should consider investing in research to better understand their own gun violence prevention efforts and where new programs or policies might provide the greatest reductions in preventable deaths.

To improve understanding of the real effects of gun policies, Congress should consider appropriating funds annually for a sustained and significant program of research on gun policy and gun violence reduction. This could include investments in firearm research portfolios not only at the CDC and the National Institutes of Health but also at the National Institute of Justice and the National Science Foundation at levels comparable to the government’s current investment in other threats to public safety and health.

Because federal support for gun policy research has been restricted in the past and the long-term availability of such funding is thus uncertain, states and private foundations should take further steps to help fill this funding gap by supporting efforts to improve and expand data collection and research on gun policies.

The Focus of Gun Policy Research Should Be Expanded

Research examining the effects of many gun policies on several important outcomes, such as officer-involved shootings, defensive gun use, hunting and recreation, and the gun industry, has rarely been conducted in ways that allow for strong claims about the effects of the policies. Although it is understandable that researchers have focused primarily on suicides and homicides, this has resulted in a lack of information about how various laws might affect other outcomes. This may leave policymakers and the public especially prone to accepting some of the more alarmist claims made by either side of the debate. For example, in a 2015 survey conducted by Deborah Azrael and colleagues, the desire to protect oneself was self-reported as one of the primary reasons for gun ownership among 63 percent of all U.S. gun owners and 76 percent of all U.S. handgun owners. Yet rigorous studies of the effects of gun policies on individuals' ability to defend themselves have rarely been conducted. This means that even policies that appear to be effective at reducing injuries and deaths, such as child-access prevention laws, may still be resisted by those who fear the effects that such policies will have on their ability to defend themselves. Until research is available that assesses how these policies affect outcomes of interest, we cannot begin to assess the trade-offs that may exist between the policies' public health and public safety effects.

The U.S. government and private research sponsors should support research examining the effects of gun policies on a wider set of outcomes, such as self-defense.

The lack of research indicating conclusive evidence of how policies affect the gun industry is a particularly significant shortcoming in the available scientific literature. Data from the U.S. Bureau of Labor Statistics released in 2017 suggest that more than 47,000 people in the United States are employed in the manufacture of small arms and ammunition. The National Shooting Sports Foundation, a gun industry trade association, estimates that an additional 260,000 people may be employed in the distribution and sale of firearms and hunting supplies or in ancillary services, such as operating gun ranges or providing supplies or services to manufacturers and retailers. The National Survey of Fishing, Hunting, and Wildlife-Associated Recreation, conducted by the U.S. Fish and Wildlife Service, found that, in 2015, approximately 10 million people used firearms for hunting, and more than 32 million people participated in target shooting, often at shooting ranges. In addition, Americans spent $2.9 billion on firearms and $1.4 billion on ammunition. As important as the concerns of this industry may be to the fate of proposed gun policies, there is, at present, little scientific or conclusive evidence available to indicate how it is affected by such policies.

To improve understanding of outcomes of critical concern to many in gun policy debates, the U.S. government and private research sponsors should support research examining the effects of gun policies on a wider set of outcomes, including crime, defensive gun use, hunting and sport shooting, officer-involved shootings, and the gun industry.

The lack of research data on gun ownership, gun availability, and guns in legal and illegal markets severely limits the quality of existing research. There have been no regularly collected data series that describe gun ownership or use at the state level since the CDC suspended its collection of this information in the Behavioral Risk Factor Surveillance System surveys more than a decade ago.

Read an assessment of the principal methodological challenges that future research on gun policy should seek to overcome. »

Additionally, the federal government no longer routinely shares with researchers data on illegal gun markets, which investigators could use to examine how policies change the availability or flow of weapons from legal purchasers to criminal use or across state lines. This is a problem that has also worsened since the National Research Council identified it as a critical shortcoming for research on gun policy in 2004. Specifically, the Tiahrt Amendments (a series of provisions attached to all Bureau of Alcohol, Tobacco, Firearms and Explosives appropriations bills since 2003) block most researchers from studying detailed gun trace data. Although the bureau now releases aggregate statistics based on the underlying gun trace data, that information is insufficient to answer many important questions. When trace data were more fully available to researchers prior to 2003, the data provided important insights into how criminals obtain their weapons; whether states with more-restrictive gun laws create shortages of guns for those who may be prohibited from purchasing them; how guns move between states with less- and more-restrictive gun laws; the characteristics of gun sales likely to be associated with diversion to prohibited possessors; and other valuable, actionable, policy-relevant information.

A federal agency should resume collecting voluntarily provided survey data on gun ownership and use. Additionally, Congress should reconsider the restrictions it has imposed on the use of gun trace data for research purposes.

It is true that trace data and estimates of household firearm ownership rates have significant limitations that can make inferences about gun markets and crime difficult or uncertain. That is a caveat that applies to most data used in evaluating gun policies, but it is not a sufficient reason for prohibiting access to such data for research purposes.

To make important advances in understanding the effects of gun laws, the CDC or another federal agency should resume collecting voluntarily provided survey data on gun ownership and use. Furthermore, to foster a more robust research program on gun policy, Congress should reconsider the restrictions it has imposed on the use of gun trace data for research purposes.

Our complete set of recommendations appears in our research synthesis report. In addition, we describe more-technical recommendations for researchers working in this field, which can be found in the essay on the methodological challenges to identifying the effects of gun policies.