The Future of Warfare: Q&A with Raphael Cohen 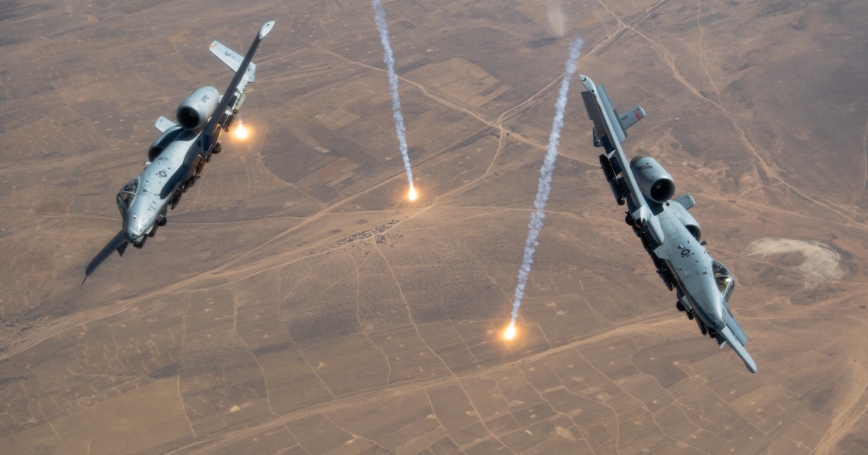 What will the next decade of warfare look like for the United States? A team of RAND researchers sought to answer that question for the U.S. Air Force, examining trend lines and interviewing experts on four continents.

The United States has an uninterrupted record when it comes to making such predictions, former Secretary of Defense Robert Gates once quipped: Since Vietnam, “we have never once gotten it right.” To make their findings more reliable, the researchers took a much more holistic approach. They considered not just technological or force changes, but also how global politics, economics, and the environment will shift and evolve between now and 2030.

Raphael “Rafi” Cohen oversaw the project as the associate director of the Strategy and Doctrine Program in RAND Project AIR FORCE. He's a specialist on defense strategy and force planning, the lead author of reports on topics ranging from Israel's wars in Gaza to the citizen soldiers of the National Guard. He's also a military intelligence branched lieutenant colonel in the U.S. Army Reserve who served two combat tours in Iraq.

How did you start looking at the future of warfare?

The Air Force has a requirement to produce a new strategy every couple of years, and they do a strategic assessment as part of that. If you think about the time they need to build new forces or introduce new systems, they really need to look at least a decade out. That sort of long-term, visionary planning is really what RAND was created for, and so they gave that task to us.

Let's start with the big picture. Who are the main U.S. adversaries in 2030?

None of our main competitors—Russia, China, North Korea, Iran, and terrorist groups—are going away, and some of them will probably strengthen. China will become a more formidable threat as its economic and military influence increases. We're not going to have the same freedom of movement that we have with China now. By contrast, there are limits to how far Russia, Iran, and North Korea can go. They'll be able to have significant sway within their own regions, but they're not going to have the same global reach.

America can double down on its role as the world's leading superpower. It can try to retrench and accept the consequences. Or it can continue to keep the public rhetoric and ambition but not have the capabilities to back it up.

How do you see the global economic picture changing?

The United States and its allies are going to lose some of their share of global economic output. China is growing, and growing at the expense of our allies, particularly the Europeans. If you think about economics as the underlying bedrock that allows you to produce military capabilities, that trend is the opposite of what you want to see. At the same time, economic sanctions have been a really powerful tool for U.S. foreign policy, but you need to have a dominant share of the global economy to make them effective. The power of U.S. sanctions is going to decrease as the economy shifts.

How will environmental change play into this?

First, it will have an effect on where we can base. Some of our installations around the world are in places that will be threatened by climate change—they're in low-lying areas or flood plains, for example. But second, it also will have a destabilizing effect. Some of the places that will be hardest hit by droughts or rising sea levels tend to have weaker governments. That could increase domestic instability, and more domestic instability can lead to terrorism and civil war, the kind of sub-state conflict that we've been dealing with for the last decade or so.

What role will domestic politics in the United States play?

We've seen a steady trend over the last several decades toward increasing polarization among the U.S. electorate. That creates some significant constraints. Just to get the defense bill passed requires a bipartisan consensus, and that will face increasing pressure in the years to come. We're also seeing a second major trend, which is a growing push to retrench, to pull the U.S. back from a global posture. That will shape the United States' proclivity to be involved in overseas conflicts, but it could give space for other, more likely nefarious, actors to fill the void.

What should the United States be doing to prepare for 2030?

There are a few directions this pushes us in terms of capability development. We probably need more longer-range platforms, for example, but there's really no silver bullet. The bigger finding is that the United States is going to increasingly face a grand-strategic choice. It can double down on its role for the last three decades as the world's leading superpower, in which case it needs to spend more on defense and defense capabilities than it has. It can try to retrench and go back to a somewhat less ambitious posture and accept the consequences, knowing that some of the people who fill that void are going to be hostile to American interests. Or it can continue to keep the public rhetoric and ambition but increasingly not have the capabilities to back it up. The conclusion of our study is really that you want to avoid that third option. Kicking the can down the road is not going to be prudent, and it increasingly is not going to be feasible.