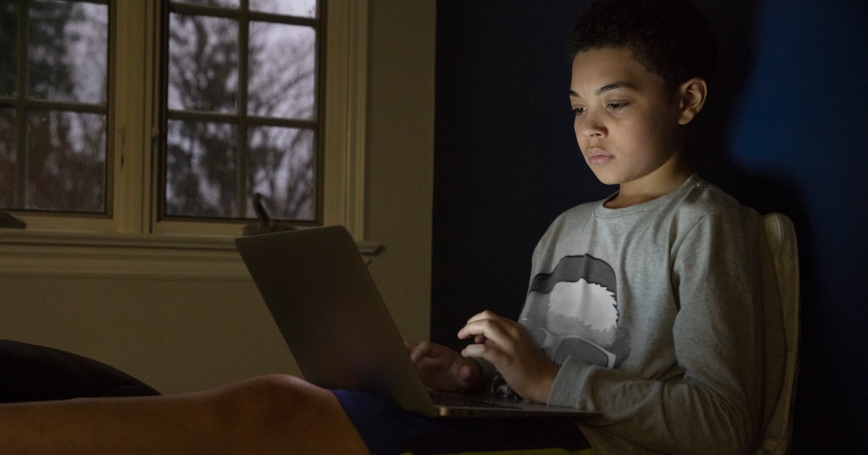 Alice Huguet knows a few things about middle school kids that people don't always see. They're listening. They're engaged. They care about what's happening in the world, and they can be savvy users of news and information—when they know where to look.

But they're also just starting to take their first steps into the hall of mirrors that is the modern media landscape. They're easy marks for misinformation, disinformation, trolls, bots, bias, and deceit—for the hollowing-out of public discourse that RAND describes as Truth Decay. Helping them find their way is important not just for their futures, but for the future of democracy.

Huguet, a former middle school teacher, now studies Truth Decay as a policy researcher at RAND. She teamed up with fellow researcher Andrea Prado Tuma to develop a set of lesson plans that teachers can use to help their students sort “facts” from facts. They had two goals, both lofty: to get 12- and 13-year-olds excited about public policy, and to do it in a way that would build their resistance to Truth Decay.

“Truth Decay—the diminishing role of facts and analysis in public life—poses a very real threat to democracy, and every age group is susceptible in its own way,” Huguet said. “Middle school students are just starting to learn about how policy intersects with their own lives. We wanted to teach them how to be safe and be aware of the information they use, but also to show them how they can contribute creatively and responsibly to the information ecosystem.”

American teenagers spend more than eight hours a day, on average, staring at a smartphone, television, or computer screen, according to a Common Sense Media survey released this year. And study after study has shown that they don't always have a discerning eye for the blur of information coming at them.

One recent study, for example, asked more than 3,000 teens to watch a Facebook video of poll workers stuffing ballots into boxes, and judge whether it constituted solid evidence of U.S. election fraud. Exactly three of the teens thought to verify the source of the video using a basic internet search—and found it was from Russia.

Huguet and Prado Tuma saw an opportunity to attack Truth Decay at the roots.

What researchers heard from teens and pre-teens was not just passing curiosity about policy issues like immigration and climate change, but real interest.

Their project would eventually involve a small cast of RAND experts. But they took their early direction from a few dozen middle schoolers in Boston and Los Angeles. What they heard from the teens and pre-teens was not just passing curiosity about policy issues like immigration and climate change, but real interest. “What makes families immigrate to the United States?” “What can I, as a sixth-grader, do to help stop climate change?”

They developed a sequence of five lesson plans designed to turn ordinary middle schoolers into classroom experts on immigration, climate change, COVID precautions, or school start times. The students would work in teams to find credible information online, and then prepare a final video presentation or podcast for the class. Each team would have a designated fact-checker to verify any information it used.

That may seem like a pretty straightforward classroom assignment. But it opens up a conversation about what counts as a credible source, who qualifies as a credible expert, and how to find reliable information about high-wire policy issues like climate change. It teaches a life lesson for the internet age: Never accept information without asking who put it out there, and why.

“Even adults have a hard time navigating all of the media out there and determining what is true and not true,” said Prado Tuma, who specializes in educational equity as a behavioral and social scientist at RAND. “These students are experiencing a virtual world that is completely different from mine, and we need to give them the skills to navigate that—especially at this age, when they're just developing a sense of self and identity.”

One other thing she and Huguet learned from the kids they worked with in Boston and Los Angeles: They wanted to see themselves as active participants in public policy, with a role to play in answering challenges like climate change. To make that personal connection real in their lesson plans, the researchers recorded student interviews with RAND experts on each of the four policy topics.

They recruited Mahshid Abir, an emergency room doctor and senior physician policy researcher, to discuss the science and policy of overcoming COVID-19. They had Wendy Troxel, an international sleep expert, describe why teens need more sleep. Shelly Culbertson, who has studied immigration and refugees around the world, talked about the challenges faced by immigrants who are children. And Robert Lempert, whose contributions to climate research earned him a share of the 2007 Nobel Peace Prize, answered that sixth-grader's question about what she could do to fight climate change (drive less, consume less, and get involved).

The lesson plans and recorded interviews are available for free on RAND's website.

“Students in this middle school age group know more than they might think they do about policy,” Huguet said. “It can be hard to talk to them about navigating information online, being careful with what they find, but it's so important. What they bring to the table is really valuable.”

A recent RAND survey found that nearly two-thirds of middle and high school social studies teachers consider that kind of media literacy and civic development to be an “absolutely essential priority.” But many said they don't have clear guidance on how to teach it and often feel pressure to focus on other subjects instead, like math and reading. Nearly 80 percent said their students' limited ability to evaluate information they find online had become a moderate or major problem.

RAND's lesson plans were meant to help answer that need. But the researchers also had one other statistic in mind that underscores the importance of reaching kids at this age. By the time they turn 13, around 80 percent of young people will have opened their first social media account.

The development and publication of this educational tool was made possible by a gift from the late Charles J. Zwick and his wife, Barbara. In 2011, Zwick, a RAND alumnus and former trustee, established a $1 million charitable fund to help meet RAND's most pressing research needs. Zwick Impact Awards extend the reach of findings and recommendations from completed RAND research to new and diverse stakeholders or underserved audiences.