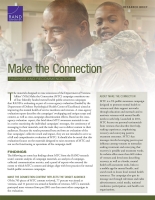 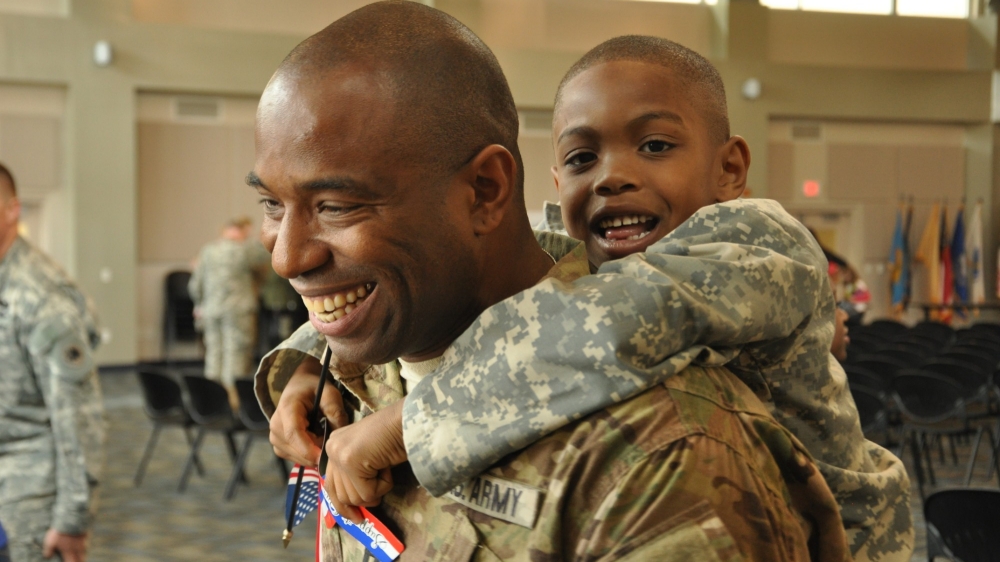 The materials designed to raise awareness of the Department of Veterans Affairs' (VA's) Make the Connection (MTC) campaign constitute one of four federally funded mental health public awareness campaigns that RAND is evaluating as part of a cross-agency evaluation (funded by the Department of Defense Psychological Health Center of Excellence) aimed at improving the mental health of service members and veterans. A cross-agency evaluation report describes the campaigns' overlapping and unique scope and content, as well as cross-campaign dissemination efforts. Based on the cross-agency evaluation report, this brief about MTC awareness materials is one in a series examining the individual campaigns' messages, the consistency of messaging in their materials, and the tools they use to deliver content to their audiences. Because the results presented here are from an evaluation of the four campaigns' collective reach and impact, they are not intended to serve as a full and comprehensive evaluation of MTC. It should also be noted that this evaluation focuses on the materials designed to raise awareness of MTC and not on the functioning or operations of the campaign itself.

About Make the Connection

MTC is a VA public awareness campaign designed to promote mental health to veterans and their support networks through education and outreach and to motivate veterans with mental health needs to seek help. Launched in 2011, MTC focuses on personal testimonials from veterans that describe their help-seeking experiences, emphasizing recovery and conveying positive treatment outcomes. MTC's key messages involve leveraging peer-to-peer influence among veterans to normalize seeking treatment and conveying that recovery is possible and treatment works. Its website offers more than 600 videos of veterans and loved ones describing recovery, as well as e-books, mental health self-assessment tools, links to a mobile app for mental health, and search tools to locate local mental health resources. The campaign also gets its message out through television and radio advertisements, social media, national conference participation, and health care organizations.

Almost 60 percent of MTC's materials supported its campaign messages, and its materials aligned closely with the messaging of the three other public awareness campaigns we reviewed—particularly with the Real Warriors Campaign, which also creates video testimonials about recovery. MTC content spoke mostly about mental health issues (79 percent) and substance use issues (28 percent). A small amount of content explicitly targeted its secondary audiences: 11 percent of materials were aimed at veterans' families, and less than 1 percent were aimed at health professionals.

Make the Connection Materials Do Not Identify Information Sources

None of MTC's content clearly identified the source of the information. MTC reports that omitting citations is intended to make materials more accessible and appealing, but this design choice could make it difficult for users to judge credibility or seek out more information.

Because of MTC's emphasis on tailored video testimonials, 81 percent of veteran-targeted campaign content was video.

Make the Connection Had by Far the Most Website Sessions

The website played host to nearly 3 million sessions in 2014 and 2015, compared with 1.3 million for the other three campaigns combined. In addition, the number of website sessions increased 59 percent from 2012 to 2015.

likes, comments, and shares were generated by Facebook posts in 2015

MTC averaged 17 Facebook posts per month—the least of the three campaigns that use social media—but generated the most interactions (9.5 million likes, comments, and shares) in 2015. MTC's YouTube videos have been viewed 2.6 million times, and MTC provided more than 95 percent of the campaigns' collective Facebook fans and YouTube views. MTC does not maintain a dedicated Twitter handle.

The experts recommended several approaches to improve the MTC campaign. See the full report for a complete list of recommendations based on the cross-campaign analysis.

This research was conducted by the Forces and Resources Policy Center of the RAND National Defense Research Institute.