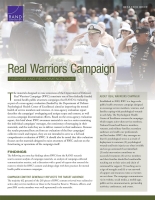 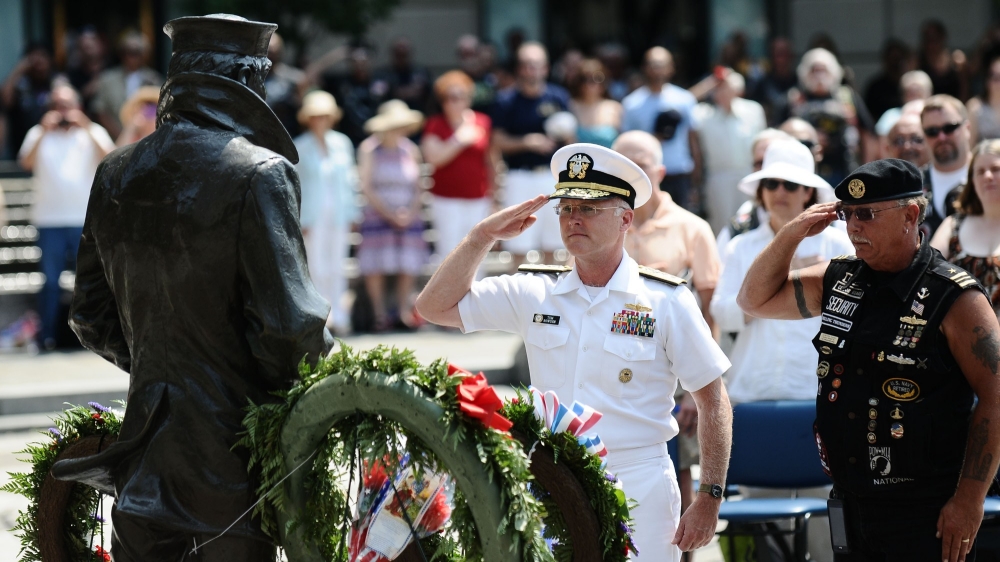 The materials designed to raise awareness of the Department of Defense's Real Warriors Campaign (RWC) constitute one of four federally funded mental health public awareness campaigns that RAND is evaluating as part of a cross-agency evaluation (funded by the Department of Defense Psychological Health Center of Excellence) aimed at improving the mental health of service members and veterans. A cross-agency evaluation report describes the campaigns' overlapping and unique scope and content, as well as cross-campaign dissemination efforts. Based on the cross-agency evaluation report, this brief about RWC awareness materials is one in a series examining the individual campaigns' messages, the consistency of messaging in their materials, and the tools they use to deliver content to their audiences. Because the results presented here are from an evaluation of the four campaigns' collective reach and impact, they are not intended to serve as a full and comprehensive evaluation of RWC. It should also be noted that this evaluation focuses on the materials designed to raise awareness of RWC and not on the functioning or operations of the campaign itself.

Established in 2009, RWC is a large-scale public health awareness campaign designed to encourage service members, veterans, and families coping with psychological wounds to seek help. The Psychological Health Center of Excellence oversees the campaign, which targets active-duty service members, National Guard and Reserve members, veterans, and military families; secondary audiences are health care professionals and line leaders. RWC's key messages are that (1) psychological stress as a result of deployment is common; (2) psychological wounds and brain injuries are often invisible and can go untreated if not identified; (3) early intervention contributes to successful treatment; (4) service members and their families should feel comfortable reaching out to their units and chain of command for support; (5) reaching out is a sign of strength; and (6) a vast network of support and resources exists so warriors are not alone. The campaign communicates via its website, social media, a mobile app, public service announcements, partnership activities, conferences, and events.

The following are some key findings about RWC from the RAND research team's content analysis of campaign materials, an analysis of campaign-collected communication metrics, and a discussion with a panel of experts that assessed the extent to which the RWC's content and design align with best practices for mental health public awareness campaigns.

The majority (62 percent) of the 265 pieces of RWC content reviewed were tailored to active-duty service members or those in the Guard or Reserve. Women, officers, and post-2001 service members were well represented in the materials.

More than 70 percent of RWC content supported its messaging. Campaign content also supported messages that corresponded with shared goals across the campaigns being evaluated (for example, offering resources for those in crisis).

Most Campaign Materials List Sources, and About Half Are Scientific Articles

More than 80 percent of the RWC webpages contained a clearly marked source for the information. Of these, about half cited scientific articles.

Content for the Real Warriors Campaign's Secondary Audiences Is Limited

Campaign Materials and the Website Can Be Hard To Navigate

The panel of experts found some RWC materials to be complicated, the website somewhat disorganized, and some web content out of date (for example, the website hosts a weekly podcast series that was last updated in 2013).

The analysis found numerous missed opportunities for the four campaigns' websites to link to each other's campaigns and resources. For example, RWC creates video testimonials about recovery, but the Make the Connection campaign has 600 such videos on its site.

public service announcements were aired on radio and television

The Real Warriors Campaign Has an Active Twitter Presence

RWC is the most active user of Twitter among the campaigns. It averaged five tweets per day in 2015, for a total of 1,865, and had 40,000 followers. Approximately 25 percent of its posts generated some engagement from nonofficial channels, and this volume increased over time, even as the number of official tweets declined. 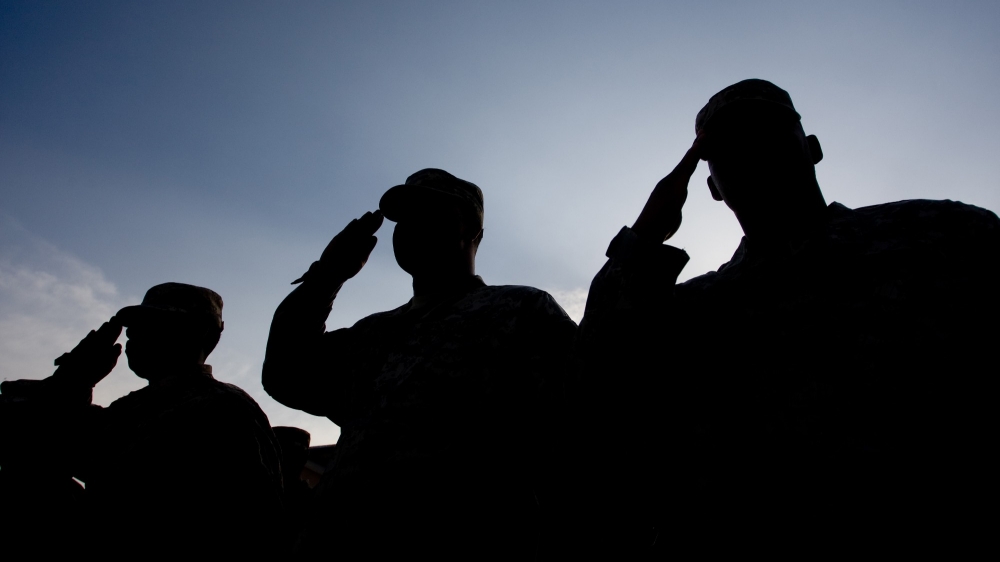 The experts recommended several approaches to improve RWC. See the full report for a complete list of recommendations based on the cross-campaign analysis.