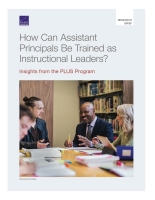 How Can Assistant Principals Be Trained as Instructional Leaders?

Insights from the PLUS Program 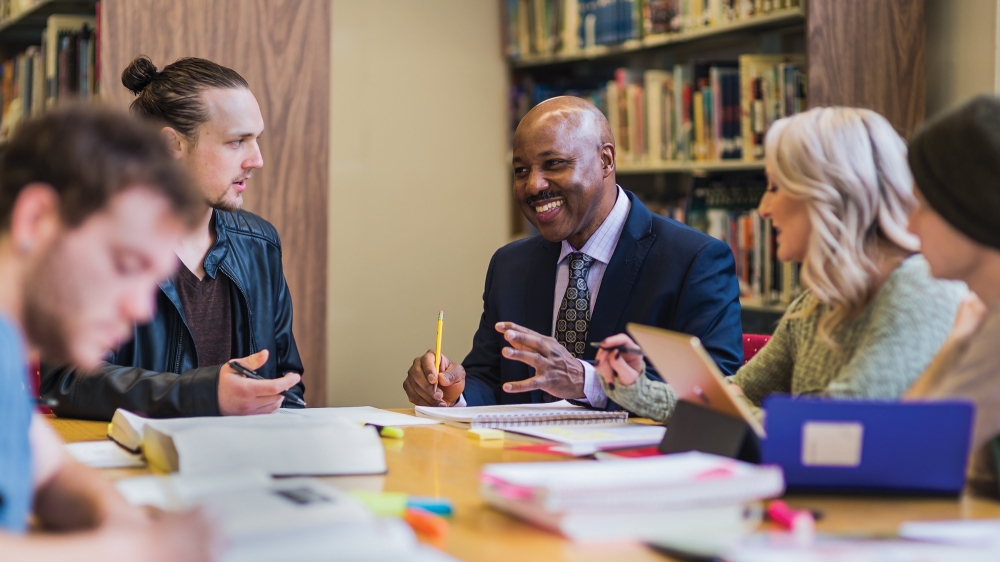 School discipline issues, administrative complexities, lunch and safety drill monitoring: No one can say that assistant principals (APs) have easy jobs. Along with tackling challenges and working to build a positive school culture, many APs also play the role of teaching coach via their responsibilities as instructional leaders. In this capacity, APs may observe and evaluate teachers and provide them with feedback to help improve their classroom instruction. Ultimately, high-quality teaching is one of the most important school-related factors that affects student achievement, and empirical studies show that coaching can be an effective way to improve teacher performance. Yet little is known about how to improve APs' effectiveness in this area.

To help school leaders improve instructional leadership, TNTP (formerly The New Teacher Project) developed the Pathways to Leadership in Urban Schools (PLUS) program in 2014. PLUS is a two-year credentialing program designed to help novice school leaders manage teachers effectively, improve teaching through coaching and feedback, and create a supportive learning environment in schools. TNTP has partnered with several large and small school districts to implement PLUS.

RAND Corporation researchers were asked to evaluate the implementation and outcomes of the PLUS program in one district from 2015 to 2018. The PLUS program in this district focused specifically on selecting, training, and supporting newly hired APs. The research team examined how the program was implemented and how it affected student achievement. They also examined job retention among teachers in the schools at which the PLUS APs worked during this period. This research brief summarizes study findings and offers three recommendations for school districts and school leadership training programs to consider as they strive to improve instructional leadership effectiveness.

PLUS was different than the district's typical support for APs in four key ways:

The research team found that the program was generally implemented as planned, with high participation rates of APs in the program's professional development activities. However, there were also challenges related to APs' balancing the expectations of PLUS with their other job roles and responsibilities. Here are the key findings from the evaluation of the program's implementation.

PLUS APs perceived the job-embedded coaching to be the most valuable component of the program and described their PLUS peers as a key source of support. PLUS APs valued their coaches' experience and described close, supportive relationships that helped them build confidence. They particularly valued the support on such topics as time management, delegating tasks, having difficult conversations with teachers, and providing actionable feedback to teachers. Most PLUS APs observed that the high quality of the coaching support was unique to PLUS. In addition, PLUS APs described their PLUS peers as like-minded and an important source of emotional and professional support.

"It feels like we don't have enough time to focus intentionally on implementing the changes that we know are needed for our students to be successful academically or behaviorally."

For many PLUS APs, non-instructional leadership responsibilities often took priority over coaching teachers. Participating APs were expected to practice instructional leadership by observing and providing feedback to five teachers in their school. Most APs were not able to coach the number of teachers that PLUS expected or to meet with them as frequently as PLUS guidelines recommended. For these PLUS APs, it was difficult to find the time because other, non-instructional aspects of their job, such as addressing student behavior incidents, required immediate attention.

Teachers whose students had very low achievement gains departed the district at higher rates if they had received coaching and observation from PLUS APs. For teachers whose students' achievement gains were in the bottom 20 percent, coaching from a PLUS AP was associated with higher rates—86 percent more likely—of leaving the district within two years. The results suggest that coaching from a PLUS AP played a substantial role in spurring lower-performing teachers to leave the district. There were no significant differences in retention among higher-performing teachers who received coaching.

When designing programs, consider job-embedded coaching, professional development with a peer cohort, and training in operations and management, in addition to instructional leadership. Although relatively little is known about what novice APs found most valuable in their leadership training programs, the findings in this study suggest that these three aspects were most valued by PLUS-participating APs.

The large, urban district in this study serves more than 40,000 students in more than 100 schools spanning grades K–12. Program implementation was assessed using documentation and metrics collected by TNTP and through yearly interviews with TNTP staff and PLUS program participants. Interviews with program participants also provided insight into their perceptions of PLUS. Program outcomes were assessed using administrative records of school leaders, teachers, and students. Some key impacts, such as improvements in district and school culture and intermediate impacts on PLUS APs' and teachers' practices, could not be assessed because sufficient data were not available.