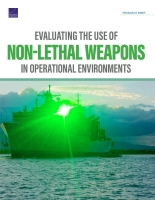 Evaluating the Use of Non-Lethal Weapons in Operational Environments 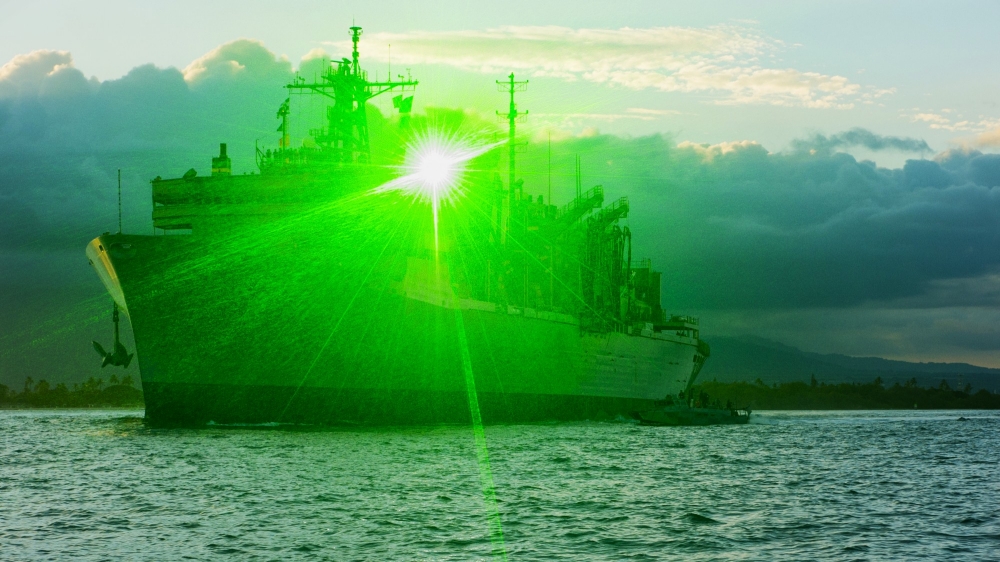 NLW outputs and outcomes have strong connections to strategic goals; with their associated metrics, they can be used to effectively characterize the impact of NLWs throughout DoD.

Exploration of 13 vignettes demonstrated the utility of NLWs.

NLWs are used to minimize harm to civilians, to manage confrontations short of full-scale conflict (referred to as the gray zone), and for a variety of other purposes.[1] These weapons serve as intermediate force capabilities, a bridge between "shouting and shooting" that can influence behavior or temporarily incapacitate potential threats without inflicting permanent harm.[2] With increasing competition in the gray zone, the importance of these capabilities may expand because they can help demonstrate resolve while mitigating some of the risks of unwanted escalation.

Evaluating the tactical, operational, and strategic impact of NLWs is a challenge. Many DoD systems are assessed by the magnitude of the damage they inflict. But a different approach is needed to evaluate the impact of systems that deliberately aim to limit the harm that they cause. This brief summarizes a RAND-developed methodology to evaluate the impact of NLWs in a way that better informs DoD decisions about their development, acquisition, integration into military forces, and use in diverse contexts.

The RAND team used a structure called a logic model to characterize the impact of NLWs. Although many styles of logic models exist, the version used in this analysis describes how the inputs that enable the use of NLWs are employed to conduct activities that contribute directly to outputs, then to higher-level outcomes, and, ultimately, to departmental-level strategic goals (see Figure 1). The team characterized the strength of the connections between adjacent elements of the logic model, which helped illuminate which logic model elements are most relevant to DoD strategic goals.

Turning to a deeper examination of this model, the inputs listed in the first section consist of tangible and intangible inputs required to employ NLWs effectively and appropriately in a given situation. Most obviously, NLW employment requires the physical systems and the means to sustain their use. In addition, DoD must determine how and when personnel can and should use NLWs, and personnel must understand the operation of the physical systems and the broader guidelines for their use and be trained to employ them.

The second section of the logic model contains the activities that NLWs perform, such as hailing people to get their attention and communicate, distracting people to reduce their ability to act on possible malevolent intent, temporarily incapacitating them for the same reason, or affecting their mobility in ways that induce them to withdraw or disperse. Some NLWs may perform multiple activities even within a given context: a laser dazzler may, for example, distract a vehicle's driver while also affecting that person's ability to approach a particular location.

In the third section are the outputs or direct results of NLW employment. Outputs include reducing various forms of risk of harm to U.S. personnel and civilians; increasing timelines, available information, and tactical options; affecting U.S. and other parties' costs; and enabling effective action in various situations despite constraints, such as restrictive rules of engagement.

The fourth section contains the outcomes. Outcomes are higher-level effects influencing how and where the United States can operate, the broadly defined costs incurred by U.S. operations, and the perceptions that they create. For example, a key outcome is avoiding alienation of authorities and people in a host nation.

Finally, strategic goals, listed in the fifth section, are broad, department-wide goals set out by DoD leadership—specifically, the goals from the National Defense Strategy that NLWs can help fulfill.[3] Although NLWs are obviously not wholly responsible for fulfillment of these goals, they can play a contributing role. 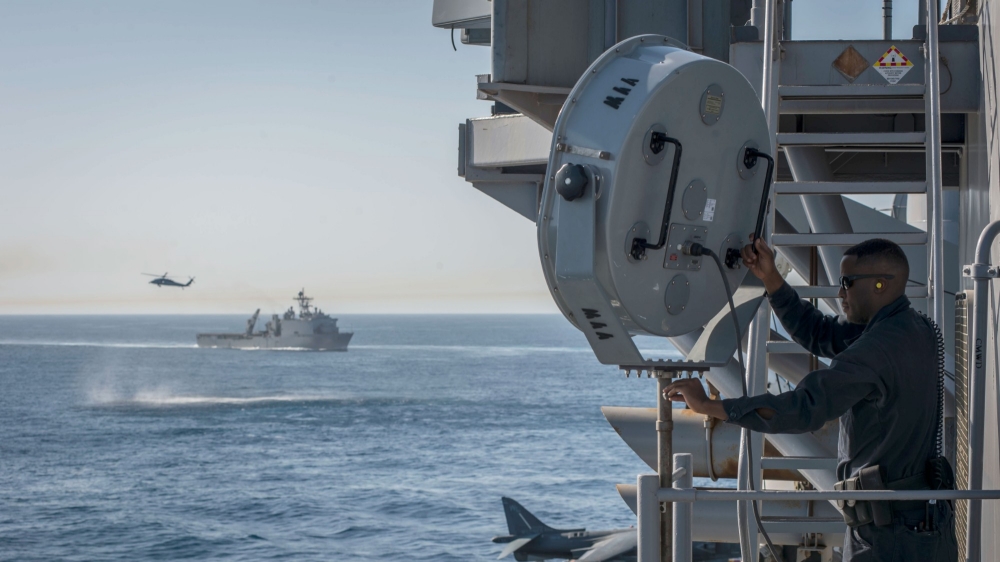 The structure of the logic model, which connects inputs to the department's strategic goals, provides a framework by which to assess the impact of these capabilities. To conduct such assessments, the RAND team identified 97 metrics that can be used to help evaluate how effective NLWs are regarding different sections of the logic model—that is, how effective they can be when employed in operational environments.

To relate the logic model and its metrics to real-life events and to evaluate the utility of those metrics in specific contexts, the research team developed and analyzed 13 vignettes in which NLWs might be used. These vignettes were also used to corroborate the hypothesis that NLWs are potentially useful in a wider range of tactical situations than those in which they are primarily used today.

Vignettes, which were based partly on past real-world experience, covered a variety of operational conditions, such as whether the adversary sought to escalate the situation, whether U.S. forces could feasibly withdraw, and whether narrative surrounding the incident was stable. Examples included a motorized confrontation with Russian military contractors in Syria, countering aggressive behavior by Chinese ships or aircraft, and rescuing hostages in Somalia.

Applying the logic model and metrics to the vignettes illuminated how NLWs made a contribution to the operation, which NLWs were most applicable in certain contexts, and the effects on adversary actions and tactical risk, among other insights.

Despite their utility, negative perceptions about NLWs from some DoD stakeholders could inhibit their expanded use. The most likely barriers, which interact with and reinforce each other, include the following:

NLWs can make a valuable contribution to DoD capabilities in many contexts ranging from escalation management during encounters with other nations' forces to avoiding civilian casualties while transiting an urban environment. This research, centered around a logic model and associated metrics, offers a framework with which to evaluate the tactical, operational, and strategic impact of NLWs. It provides concrete descriptions of activities and relationships that illustrate how NLWs contribute to DoD strategic goals—contributions that have often been misunderstood or overlooked.

A clearer understanding of the capabilities and value of these weapons can help overcome negative perceptions of NLWs and inform future usage and development of these assets—with the aim of mainstream integration into overall DoD capabilities.