How Is the Pandemic Influencing Intention to Vote? 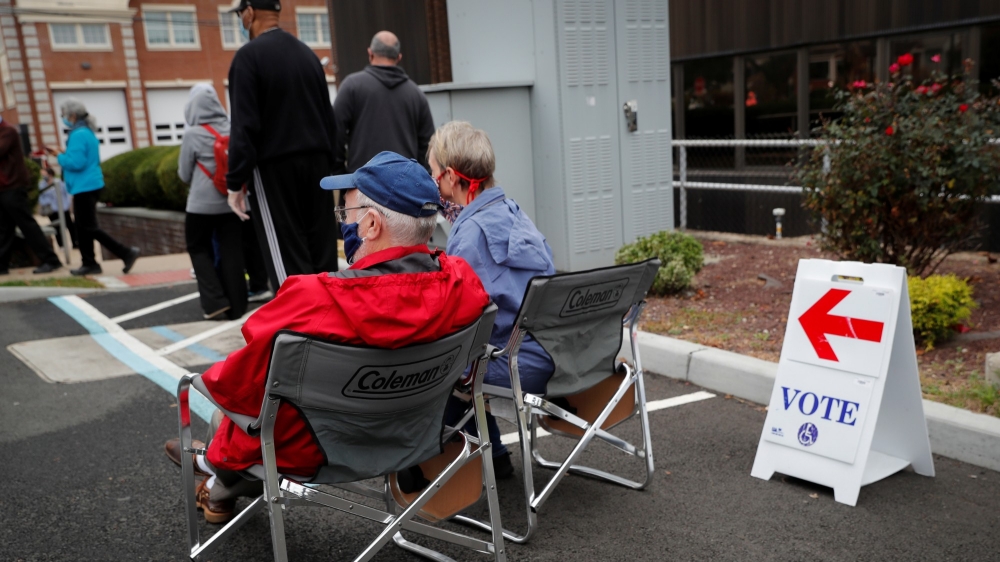 Our recent report, Attitudes on Voting in 2020 (Kavanagh, Gibson, and Hodgson, 2020a), described Americans' intentions to vote in the November 2020 election as determined by a survey conducted in May this year. We examined the likelihood that they would vote and how they planned to vote—whether in person or by mail. To assess how attitudes have changed since then, we asked the same set of questions in August to a subsample of 1,841 respondents from the original survey and compared the responses.[1]

Changes in Intention to Vote

The greatest change in voter intent at the aggregate level between May and August is a decline in the number of uncertain nonvoters (from 11 percent to 5 percent of the total) and an increase in the number of nearly certain nonvoters (from 12 percent to 16 percent). We also observe a small increase in the percentage of voters who reported in August that they were almost certain to vote. Given the relatively small size of these changes, the relative stability at the aggregate level in intention to vote between the two periods is worth noting. This does not rule out the possibility that the continuing coronavirus disease 2019 (COVID-19) pandemic (or any other situational factor) is depressing intention to vote; but, at the very least, any decline resulting from the pandemic was small enough between May and August to be offset by other factors, such as enthusiasm for a candidate or issue.

Changes at the Individual Level

Despite some stability at the aggregate level, then, there is a good deal of change in intention to vote at the individual level. Most of this change occurs among those who were uncertain voters or uncertain nonvoters in May. Between May and August, some portion of both groups become more certain in their intent, shifting either to the nearly certain voter or the nearly certain nonvoter category (a total of 55 percent of those who were uncertain voters and nonvoters in May). Almost one-half of those who expressed some degree of uncertainty about their intention to vote in May remained uncertain in August. Once again, although it is possible that the pandemic is depressing turnout among some voters, we do not see a clear or consistent decline that would suggest widespread effects of the pandemic.

Who Has Changed Their Intention to Vote Since May?

The third question that we asked about intention to vote is whether certain individuals are more or less likely to report higher (or lower) intentions to vote in August than in May. Table 1 identifies the characteristics associated with both types of change.

Shifts in voting intention depended most significantly on political affiliation and perceptions of safety. We observed that Republicans were more likely than Democrats (as well as independents and other affiliations) to report an increase in voter intention between May and August; Democrats were correspondingly more likely to report a decrease in intention to vote. Second, we found that those voters who live in the Midwest appeared most likely to show an increase in intention to vote (controlling for political affiliation), which is notable from the perspective of election outcomes but is not clearly linked to the pandemic context.[3]

Those who said that they did not expect to be able to vote safely in person in both May and August were most likely to report a decline in their intention to vote. Most often, these shifts were into the nearly certain nonvoter category (intention below 10 percent). Finally, those who reported high perceptions of safety in both May and August had the highest intentions to vote, although we did see some downward trend among these voters out of the nearly certain voter category (intention above 90 percent). Still, these respondents remain more likely to vote than those with less expectation of safety, and, overall, the total number of voters shifting from above 90 percent to a lower intention is small.

In both May and August, we asked respondents how they planned to vote, whether by mail or in person.[4] Figure 3 compares intentions to vote by mail and in person as reported by our respondents in May and in August. For the purpose of this analysis, we combined all mail-in voting options (e.g., absentee, mail-in) into one category, and we consider only respondents who reported an intention to vote of at least 51 percent (i.e., the nearly certain and uncertain voters referred to in the last section). We limited the sample in this way to focus on those respondents who are more likely to actually vote in November (we call these respondents likely voters). However, the trends in the reduced sample (with a total of 1,695 people) are very similar to those in the full sample.

In August 2020, we found that 47 percent of likely voters planned to vote by mail (up from 42 percent in May 2020) and 52 percent of likely voters said that they would vote in person (down from 56 percent in May 2020). Although we see some changes in intended voting methods between May and August, the change is more dramatic when we compare 2020 intentions with those recorded from past elections. When asked about how they voted in the most recent past election, 69 percent of these same voters reported that they had voted in person.

One key observation is that intended methods of voting vary considerably depending on political affiliation. Republicans were more likely than Democrats to say that they would vote in person, and this difference appears more significant for the November 2020 election than in the past. For Democrats who said that they were likely to vote, less than one-half who said that they voted in person in their last reported election expect to do so in November 2020.

Changes at the Individual Level

We can also look at changes at the individual level by comparing whether likely voters changed their intended voting method between the May and August iterations of the survey. The results are shown in Figure 4, and the key findings are as follows:

On net, then, we observe a shift toward more mail-in voting among likely voters, and this increase comes both from those who planned to vote in person and those who reported "other" as their voting method. Still, the number of planned in-person voters remains higher than the number of planned mail-in voters, and some respondents shifted into the in-person category since May despite any possible health risks.

Who Changed Their Intended Voting Method Since May?

Across all factors considered, political affiliation and perceptions of safety were the strongest predictors of the likelihood of shifting to mail-in voting. Race or ethnicity is also important. Here, we observe several key trends:

Perceptions of safety are clearly related to intention to vote. Those with low perceptions of safety across our May and August surveys are among the least likely to vote and showed a decline in intention between the two surveys. Those who reported that they expected voting in person to be physically safe in one of the two periods, in contrast, increased their intention to vote. However, those with safety concerns were also more likely to shift to mail-in voting, perhaps as a mitigation of those concerns. Political affiliation is also associated with a likelihood of shifting to mail-in voting, with self-identified Democrats being more likely to shift. Finally, we find that race or ethnicity matters in selection of a voting method. Hispanic respondents were increasingly likely to shift toward mail-in voting; Black or African American respondents were more likely to shift toward in-person voting. Given the higher concerns about accurate vote counts among these voters, this trend is important (Bowler et al., 2015; Kavanagh, Gibson, and Hodgson, 2020a).

Past work has shown that voting intentions continue to shift right up to Election Day for some voters, especially those who are uncertain about their intentions (Achen and Blais, 2015; Glaser, 1958). The ongoing pandemic and the constant changes in state election procedures for November 2020 could increase the amount of churn this year. We will examine this in the next report in this series, which will consider data that we collected in October.

In this report, we consider the voting intentions of 1,841 survey respondents for the November 2020 U.S. election. Specifically, we explore how the likelihood of voting and the intended methods of voting among respondents changed between May and August 2020. We consider how intentions changed and which populations are more or less likely to have changed their minds about whether and how they will vote in November. We also explore how perceptions of safety and integrity are related to intention to vote. The data used in this report come from a RAND Corporation American Life Panel survey conducted in August 2020.

We appreciate the support of Michael D. Rich, Terrence Kelly, Henry H. Willis, Jordan R. Fischbach, Matthew D. Baird, Erica Robles, and Steph Bingley. We are also grateful for feedback from our reviewers, Brian Michael Jenkins and Michael S. Pollard. Their contributions significantly improved the report. We thank Arwen Bicknell for her expert editorial assistance on this report. We also appreciate the efforts of Beth Bernstein and Jeremy Rawitch in the publication process.

This report is part of RAND's Countering Truth Decay initiative, which is focused on restoring the role of facts, data, and analysis in U.S. political and civil discourse and the policymaking process. The original 2018 report, Truth Decay: An Initial Exploration of the Diminishing Role of Facts and Analysis in American Public Life, by Jennifer Kavanagh and Michael D. Rich, laid out a research agenda for studying and developing solutions to the Truth Decay challenge. Truth Decay worsens when individuals lose trust in institutions that could serve as sources of factual information. Legitimate and safe elections can be a first step toward building and maintaining a government that people trust. This report considers public perceptions of the safety and integrity of elections in pandemic conditions, and their views of local preparedness for the elections.

Funding for RAND's Countering Truth Decay initiative is provided by gifts from RAND supporters and income from operations. RAND would like to recognize the Joel and Joanne Mogy Truth Decay Fellowship, established by the Mogys in 2020 to support research on Truth Decay, civics, and democracy. The authors drew from the Mogys' generous gift to fund this project.