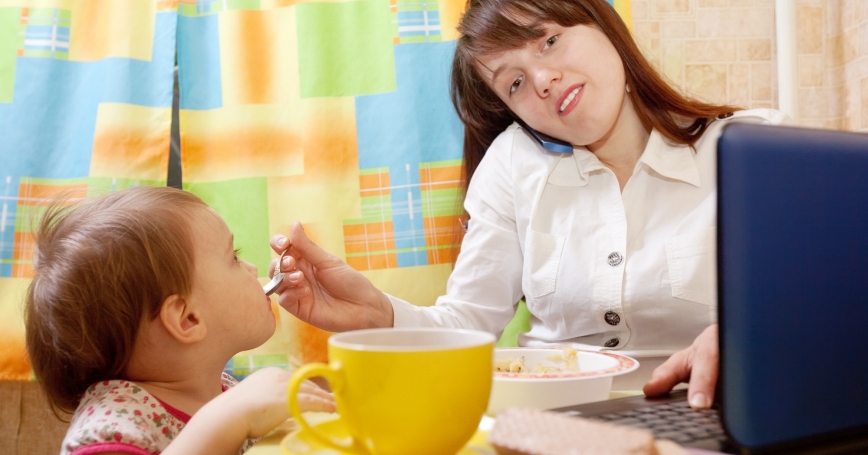 How can policy approaches be improved to reduce the risk of poverty and material deprivation in single-parent households? As health and social policy researchers, we are concerned that the socioeconomic gap between single- and two-parent households continues to grow, even as an increasing number and proportion of European children are likely to spend at least part of their childhood in single-parent homes.

In our recent study of single parenthood and employment in EU countries we found that across Europe, single parents head 10.4 percent of households with children. The lowest rate, 3.5 percent, was in Romania, while the highest rate of 20.4 percent was in the UK, a rate more than double the 9.1 percent mean for Europe. Some 16 percent of children live in single-mother homes (ranging from 5.3 percent in Greece to 28.1 percent in the UK) and 2.1 percent live in single-father homes (ranging from 0.7 percent in Cyprus to 15.1 percent in Belgium). Research has confirmed that the experience of growing up in a single-parent home may affect children's educational and employment trajectories as well as their expectations to eventually create a home of their own and become parents. In short, these are major concerns for policymakers.

A combination of social and policy changes have contributed to increases in single parenthood. Easier conditions for divorce as well as strengthened legislative protections against domestic violence are likely factors in many countries, particularly the UK. Research also points to other factors driving the increase in single parenting, including shifting gender roles, attitudes and social norms, and the legalisation and availability of reliable contraception and abortion. Declines in men's wages have also been linked to low marriage rates as have limited employment and earning opportunities, especially for men and women with less than a college education. Whatever the reason, we found clear increases in single parent households almost everywhere in the most recent European data.

Across the majority of EU countries, the lower labour force participation rates of single mothers, compared with those with partners, likely contribute to the socioeconomic gap between single-parent and two-parent households. With few exceptions (namely Luxembourg and Netherlands), younger single mothers are also less likely to have full-time jobs. For instance in France, employment is 15.1 percent higher among young single mothers, but they are 36.3 percent more likely than young single women without children to be employed part-time and 10.9 percent less likely to be employed full-time. Compare this with the Netherlands, where effective (read: not superficial) flexible employment policies have been implemented, so that single mothers stand a much greater chance at finding full-time employment than elsewhere in Europe, particularly the UK.

Single mothers who are employed part-time are also much less likely to be professionals and are much more likely to be in elementary occupations or to be service or sales workers, compared with all other groups of mothers. This suggests that a higher portion of single mothers lack skills that might qualify them for higher-salaried positions. In many countries, professional and other higher-paying occupations may come with demands, like long work hours, that single parents might be unable to meet because of household responsibilities and the lack of available childcare and afterschool care. This trend is not likely to improve given the small number of single mothers now pursuing any form of higher education.

Improved approaches to accessible flexible work policies are needed to improve employment conditions for single parents, especially mothers. If full-time professional work is seen in some countries as incompatible with motherhood, this may discourage young women from pursuing education and other early investments necessary to build professional careers. Such a pattern would reinforce both gender inequality and disadvantage in single-mother households.

The perceptions and consequences of barriers to combining higher-paid work with parenthood are likely to differ cross-nationally and may contribute to the risk of poverty in single-mother households. Of particular concern are single parents who are limited in their employment because they are caring for a special-needs child or another family member. In the case of special-needs children, policies aimed at the general provision of childcare or afterschool care may be insufficient to address the complex needs of the child.

Chloe Bird is a senior sociologist at the non-profit, nonpartisan RAND Corporation. Kai Ruggeri is a researcher and lecturer at the University of Cambridge.