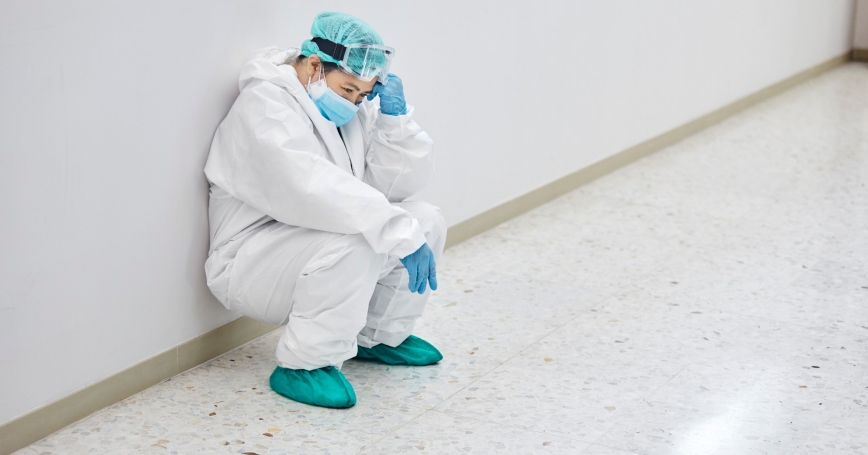 In May, the BBC reported that people working in social care in England and Wales were twice as likely to die of COVID-19 as the general working-age population. The number of deaths is likely to be higher now. At the same time, working from home for some workers has brought its own health problems. Numerous reports cite the stress of juggling work and care responsibilities or simply from feeling socially isolated. Recent surveys of more than 3500 adults carried out by the Office for National Statistics conclude that one in five have experienced depression since COVID-19 took hold—compared to one in ten previously. Other reports have highlighted the aches and pains of using chairs and tables designed for other purposes.

Even before the current crisis, the impact of poorly designed jobs on the health of workers was drawing attention. Around six million workers suffer ill-health because of their jobs. Carol Black in her 2008 review Working for a Healthier Tomorrow put this cost to the UK economy at more than £100bn a year (PDF). We would argue that these costs are mostly avoidable. Now may be the time to fundamentally rethink the design of jobs so that they promote good health and lessen poor health and its costs.

What Is the Evidence on Job-Related Ill-Health?

In many cases, workplaces are not starting this crisis in a position of strength. RAND Europe research on NHS staff across 35 hospital trusts in 2018 suggested significant health and well-being challenges in many parts of the NHS. The research showed especially high levels of obesity, poor mental health, high levels of work-related stress, and common incidents of violence against staff.

The need to better understand the health risks associated with jobs and to make jobs healthier is not new. Ill-health from work is a long-standing problem affecting about a fifth of UK workers. Jobs cause physical and mental ill-health such as coronary heart disease and stress. It is estimated that common mental health issues and musculoskeletal conditions account for over 80 per cent of all work-related illness.

As the OECD argued in 2014, ill-health from jobs has significant public health costs and improving jobs should be high on the policy agenda for governments throughout the world. The UK government's 2017 Taylor Review of Modern Working Practices echoed this suggestion. It urged the UK government to create more 'good work' and recommended that the government adopt a more proactive approach to workplace health. Similarly, the Marmot Review's 2020 update (PDF) also pointed out that improving job quality in the UK would help tackle worker ill-health.

Trying to make this change to employment policy and practice is unfinished business. Carol Black, in her 2008 review, recommended that the UK government should fully integrate health support and employment programmes, making healthier workplaces for workers with physical and mental health issues. As she concluded, healthier workplaces make good sense for workers, employers and the country.

We need to not only understand how work affects health, but also try to identify ways to improve the design of jobs so that they don't lead to poor physical and mental health for workers.

With over 30 million people employed in the UK at the moment, it is clear that we need to not only understand how work affects health, but also try to identify ways to improve the design of jobs so that they don't lead to poor physical and mental health for workers.

What Needs to Happen?

Current solutions to health problems caused by jobs tend to be remedial—interventions that deal with the symptoms rather than the causes. The current promotion of mindfulness in workplaces comes to mind. Rather than deal with the fallout from unhealthy jobs, what may be needed are preventive interventions intended to create healthy jobs. Such jobs would lessen job-related ill-health and reduce the financial burden on the NHS.

GPs often deal with patients suffering health problems caused by their jobs. They are expected to treat the symptoms but without having the expertise or opportunity to address the cause. GPs know their limitations and recognise the source of the cause. As one explained in 2018 at a House of Lords Society of Occupational Medicine seminar, what is needed is 'better jobs, not more drugs.'

The solution to creating better jobs has to start by overcoming the barriers to inter-disciplinary work on and development of an integrated approach to improve job-related health. Occupational medicine needs to work with other disciplines, not just within medicine but beyond, we believe. We need inputs from experts in job design, human resource management, employment law engineering, epidemiology, and public policy for example. Together, the cumulative understanding would help, not just to better diagnose the problem, but to better develop prescriptions for change to the way jobs are designed.

We recognise that shifting policy and practice on to job redesign is a big task. However, its outcome would be as dramatic as the changes wrought by the Factory Acts of the 19th century in the UK. These Acts regulated child and female working, the length of the working day and provided basic workplace health and safety. The Acts were a step change that transformed working conditions and improved public health.

Unless we shift the focus from a remedial to a preventive approach, ill-health from jobs may continue to add to the financial burden on the UK health care system, at a time when the NHS is already struggling operationally and financially. In the context of an already constrained NHS, the Society of Occupational Medicine makes the point that creating healthy jobs needs to be viewed as a social investment—rather than a cost—that would save money in the long-term and accrue benefits for all.

The current crisis presents an immediate challenge to working lives but perhaps also an opportunity for a rethink. The future of work in the UK—whether at home or in hospitals, or back in offices, shops, and factories—may need to be healthier and thus more sustainable for workers, their employers, and the country.

Chris Warhurst is professor and director of the Warwick Institute for Employment Research, whose research focuses on job quality. Christian van Stolk is executive vice president at RAND Europe and has worked extensively on health and well-being in the workplace.

This commentary originally appeared on Warwick Institute for Employment Research on September 18, 2020. Commentary gives RAND researchers a platform to convey insights based on their professional expertise and often on their peer-reviewed research and analysis.