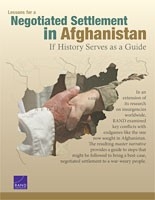 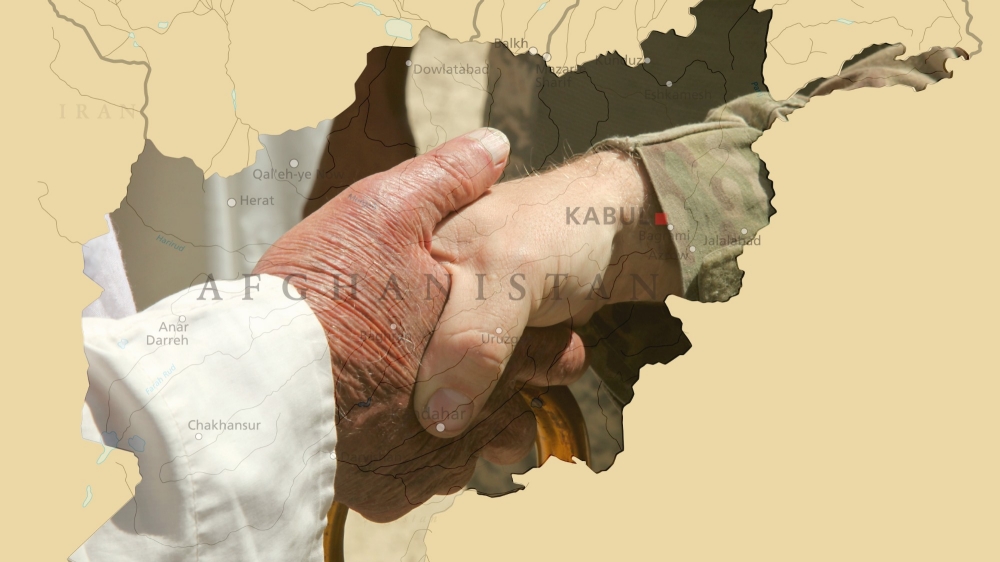 In an extension of its research on insurgencies worldwide, RAND examined key conflicts with endgames like the one now sought in Afghanistan. The resulting master narrative provides a guide to steps that might be followed to bring a best-case, negotiated settlement to a war-weary people.

"The stalemate in Afghanistan may be tested as U.S. forces draw down. If it holds, progress toward a negotiated settlement can continue."

As the United States closes out its combat mission in Afghanistan and U.S. forces transition to a support role by the end of 2014, the Obama administration has begun to devise an endgame strategy for the conflict. Talks now appear to be one of a few likely scenarios for ending the war in Afghanistan and bringing a modicum of stability after the withdrawal. Historically, ending insurgencies has proved to be an arduous process beset by false starts and frustrating setbacks. In an extension of previous research and analysis of 71 insurgencies begun and concluded since World War II, RAND researchers identified 13 insurgencies that ended with a "mixed outcome" and distilled a master narrative for the path toward negotiated settlements in these conflicts. Understanding this seven-step process and learning from history will help policymakers determine what progress has been made in Afghanistan toward such a settlement, what steps remain, and which of the remaining steps will be most challenging.

A Path to Settlement

Understanding this seven-step process and learning from history will help policymakers determine what progress has been made in Afghanistan toward such a settlement.

While the situation in Afghanistan remains fluid, history indicates that the conflict has become "ripe for resolution." It has effectively reached a military stalemate, a crucial first step in moving both sides toward peaceful resolution in the historical cases. This stalemate will be tested as U.S. forces draw down. If it holds, progress toward a negotiated settlement can continue.

2. Accepting the Insurgents as Legitimate

In Afghanistan, President Hamid Karzai has signaled that the Taliban cannot be ignored. The group's move to open a political office in Qatar has inched negotiations further along, but it remains to be seen whether this is merely an attempt to "run down the clock" to the 2014 withdrawal. Afghanistan could advance in the historical pattern if the insurgents cannot prevail militarily and if their external supporters push for a negotiated settlement.

In many conflicts, there were multiple attempts to broker a cease-fire before the violence ended. Until the Taliban formally agrees to a cease-fire and engages in serious talks, Kabul must continue to “fight and talk”, thus promoting offensive military action and efforts to suppress spoilers and splinter groups while sending a clear message that it is open to negotiations.

An official intermediate agreement can create goodwill and increase the credibility of both sides in a conflict. To reach such an agreement can take years if either side or external supporters stand to benefit from continued conflict. There has been a push for such agreements in Afghanistan since 2001, and the most promising approach has been efforts to assimilate low- and mid-ranking fighters back into their villages and provinces.

In Lebanon, the 1989 Taif Agreement cemented the notion of a "shared existence" among various sectarian groups, altering the balance of power and paving the way toward settlement. In Afghanistan, the fractious nature of the Taliban and the country's illegal drug trade — to name just two factors — make power sharing difficult to achieve. As unappealing as it may be to offer insurgents a place in the government, a power-sharing deal is a necessary step in bringing the conflict to an end.

It is unclear whether the Taliban will ultimately moderate or splinter, so it will be important to develop a strategy to cultivate moderate leaders and sideline extremists who could act as spoilers.

Without an impartial third party trusted by both sides and capable of overseeing the implementation of a settlement, the agreement can falter and the conflict may reignite. The United Nations has served as third-party guarantor in many negotiated settlements, including in Kampuchea, Bosnia, and Mozambique. With the United States unlikely to be accepted as a neutral third party in Afghanistan, perhaps the UN, with assistance from a national actor, such as Turkey, Qatar, or Saudi Arabia, could play this role.