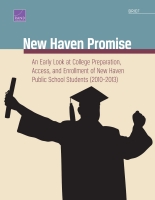 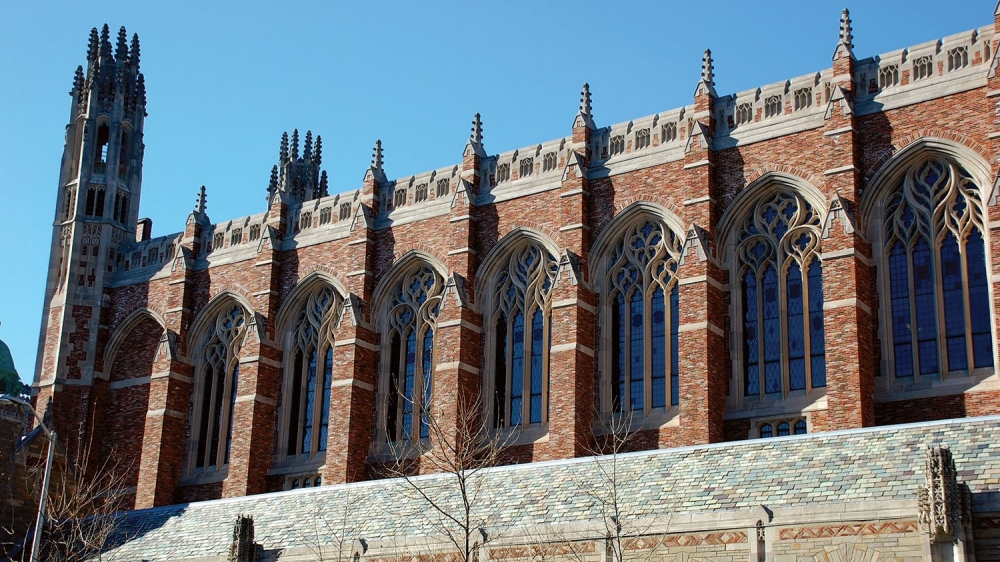 Photo by Chris Amelung, shared via Flickr; CC by 2.0 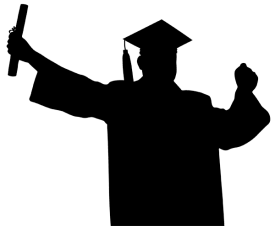 In New Haven, stakeholders looking to enhance the city's economic development, attract more residents, reduce crime and incarceration, and improve residents' quality of life embarked on a new scholarship program that seeks to build a college-going culture for local students and the community as an avenue to achieve these goals. Recognizing that many capable students might need financial or social support to enter and graduate from college, the City of New Haven, New Haven Public Schools (NHPS), and the Community Foundation for Greater New Haven announced New Haven Promise in 2010 with financial support from Yale University. New Haven Promise complements NHPS' comprehensive K–12 school reform initiative — School Change — which also launched in 2010.

As a place-based scholarship program, Promise aims to improve the graduation and postsecondary enrollment rates of NHPS students and to encourage these students to return to New Haven and contribute to its economy and community. It has the following specific goals:

Promise provides eligible graduates of NHPS high schools up to $10,000 a year to cover tuition at a Connecticut public college or university or up to $2,500 annually to attend an in-state private nonprofit college or university. It is designed to be an eight-year program (9th grade through graduation from a four-year college or university) and offers a variety of services to improve high school students' knowledge about the college and financial aid application processes in addition to the funding. To be eligible for the scholarship, students must meet the following criteria:

In June 2013, the Board of Directors of New Haven Promise asked RAND to assess the progress School Change and Promise have made toward their goals. Because the programs had been in operation for only a short time and had been designed to be strategically implemented over time (2010–2015 for School Change and 2010–2014 for Promise), RAND focused this initial research effort on short-term progress.

This brief highlights the study findings specific to Promise: college preparation, access, and enrollment. Findings are based on college enrollment data and focus groups with Promise Scholars and parents of Promise Scholars.

College-going for NHPS high school graduates increased modestly. From 2006 through 2013, about 60 percent of NHPS high school graduates had enrolled in college by the October directly after they graduated. There was a small increase in college enrollment rates from the class of 2010 to the class of 2012. This was the case for all students, regardless of race or ethnicity and socioeconomic status or whether they met the three Promise eligibility requirements RAND examined (GPA, continuous enrollment, and attendance). Although the modest increase cannot be specifically attributed to either Promise or School Change, this suggests that, in the early years of the reforms, more and more students are deciding to continue their education after high school.

Opportunities for students' higher education options increased. A majority of Promise Scholars said that, while they had intended to go to college before receiving Promise funds, Promise funding had introduced a financial bonus that opened opportunities they had not previously considered. These opportunities included

Most parents with whom RAND spoke had also expected their children to attend college even before Promise was announced. For many of them, however, Promise funding made it possible to avoid taking on debt and, as a result, served as a financial relief more than the deciding factor that allowed them to enroll their children in college.

A stronger college-going culture is being cultivated. Promise Scholars who participated in the study reported feeling proud of living in or coming from New Haven since Promise was announced. In the students' own words, "the program enhances the feeling of community and gives hope to future generations for a college-going culture." Some noted that the program gives students a goal to aim for, and a number of students expressed a feeling of encouragement and support for themselves, as well as hope for future generations. (All those making such comments were from minority backgrounds).

One Promise Scholar stated that he was debating whether he wanted to go to college at all and that it was not until he received a Promise scholarship that he made his final decision:

"It was more of a motivational factor for me. . . . It was nice to see that an interest is being taken in the community. New Haven, in general, I feel like, there's this change, like [from] this separate, isolationist . . . that's changing to a more community-building thing. Though the Promise isn't perfect and has its structural problems, it's a sign that steps are being taken to change that, to have a more college-going culture."

Likewise, several parents shared personal anecdotes of Promise Scholars originating from Latino communities for whom attending college was unprecedented in their family histories. These parents believed that the very existence of Promise would provide hope for future generations of minority families. Research suggests that the introduction of a scholarship college-access program helps students focus and target their ambitions to capitalize on these new opportunities. In fact, in one study, one-third of the students reported that knowing their college education would be funded by a Promise-like program made them work harder in school. 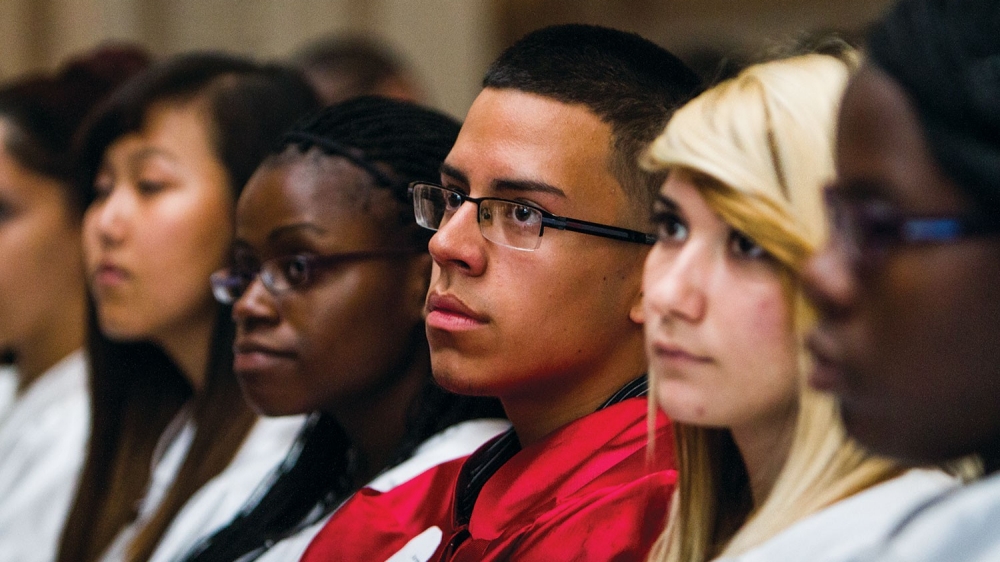 Challenges remain in NHPS students' meeting the Promise GPA eligibility requirement. For the graduating class of 2013, only about one-third of all graduates (see figure) met the three eligibility criteria for a Promise scholarship (GPA, continuous enrollment, and attendance), although the percentage of students who met those criteria increased by 5 percentage points relative to the previous two cohorts. The GPA requirement seemed the most difficult for students to meet: Fewer than one-half of all NHPS high school graduates achieved a 3.0 GPA or higher. Further, NHPS high school graduates who met the three Promise eligibility requirements were less likely to be minorities, less likely to be socioeconomically disadvantaged, and less likely to be classified as English-language learners or have special needs.

Preparation for college-level coursework was reported insufficient. Promise Scholars specifically mentioned struggling with study skills, time management, and self-discipline while in college — skills that only a handful of these students said they learned in high school. Studies have shown that such skills as time management, study techniques, taking notes, meeting deadlines, and using information resources increase the likelihood of good college academic performance, as well as retention, among students. In fact, study motivation and study skills exhibit the strongest relationships with both GPA and grades in individual classes in college. Some Promise Scholars noted that their teachers in high school had adjusted instruction to accommodate the new curriculum implemented with School Change, yet this did not seem to adequately prepare these students for college-level expectations.

Promise Scholars also perceived that grade inflation and lower academic standards in high school contributed to their struggles transitioning to college, where academic standards were more strict and rigorous. Despite these students having earned high marks in their high school courses, many of them reported struggling with the advanced college curriculum. This finding aligns with other studies that advise schools to place more emphasis on the quality and intensity of the high school curriculum, factors that have been proven to be more important predictors of bachelor's degree completion than test scores or rank, particularly for African-American and Latino students.

Promise Scholars reported that, outside the classroom, their high schools organized scheduled "college preparation" workshops, yet these were deemed unhelpful because teachers did not seem fully knowledgeable or adequately trained to conduct the sessions or because the workshops were conducted in large group sessions, which Promise Scholars felt were ineffective.

College counseling for high schoolers was reported lacking. Overall, Promise Scholars and parents of Promise Scholars highlighted the importance of having qualified counselors during high school, given the key role they play assisting with applications for college and financial aid. However, there was significant concern among both groups that counselors in Promise Scholars' high schools seemed to be spread too thin or were not well informed about scholarship opportunities. Some parents in our focus groups also commented that counselors were difficult to reach. These concerns are in line with findings researchers have consistently highlighted, which assert that improving counseling could have a significant effect on college access for low-income urban students and for students of color. This would specifically entail increasing the number of counselors available to students and the amount of time they devote to college advising. 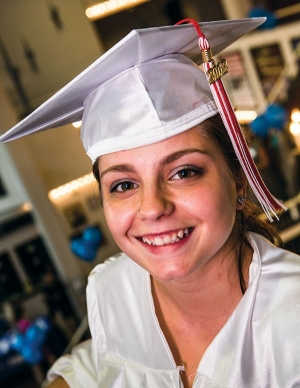 Scholars and parents offered suggestions for complementary Promise services. Promise Scholars and their parents who participated in the study suggested a wide array of services related to college application and admission, transition to college, and attending college that they would like Promise to provide:

Promise Scholars are noticing a shift among their peers to be more engaged in schooling and to consider college as a viable option.

While it is too early to tell whether New Haven Promise is affecting high school or college graduation rates, the study found that enrollment into college increased slightly since the program's inception and that Promise Scholars are noticing a shift among their peers to be more engaged in schooling and to consider college as a viable option. This suggests that New Haven Promise has the potential to fulfill its stated goals. But further research will be needed to determine its long-term success in supporting the economic development of the City of New Haven, motivating parents to choose NHPS schools, supporting students to succeed while in college, and prompting them to return to New Haven after graduation.