The Most Popular RAND Research of 2018 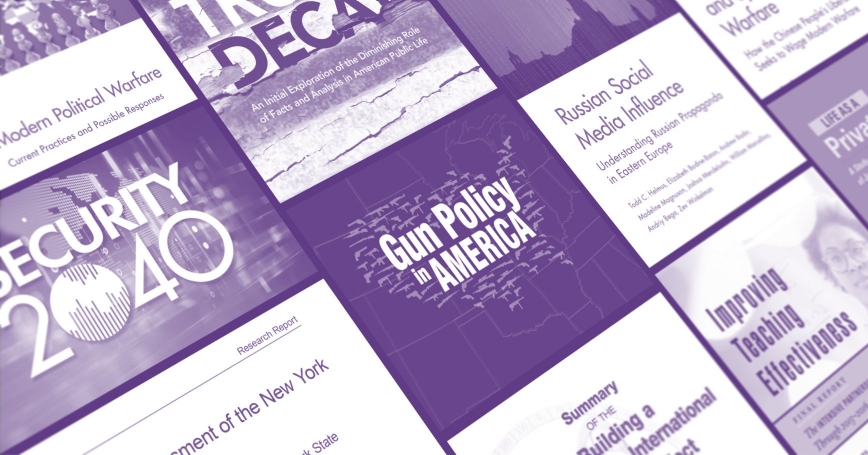 RAND serves as an objective source of facts that help inform the world's most pressing policy debates. When decisions are based on the best evidence, that's when public policy can have a positive impact on people's lives.

Of course, before people can act on the evidence, they have to know about it. In that spirit, we're highlighting the 10 research projects that RAND.org readers found most engaging this year. 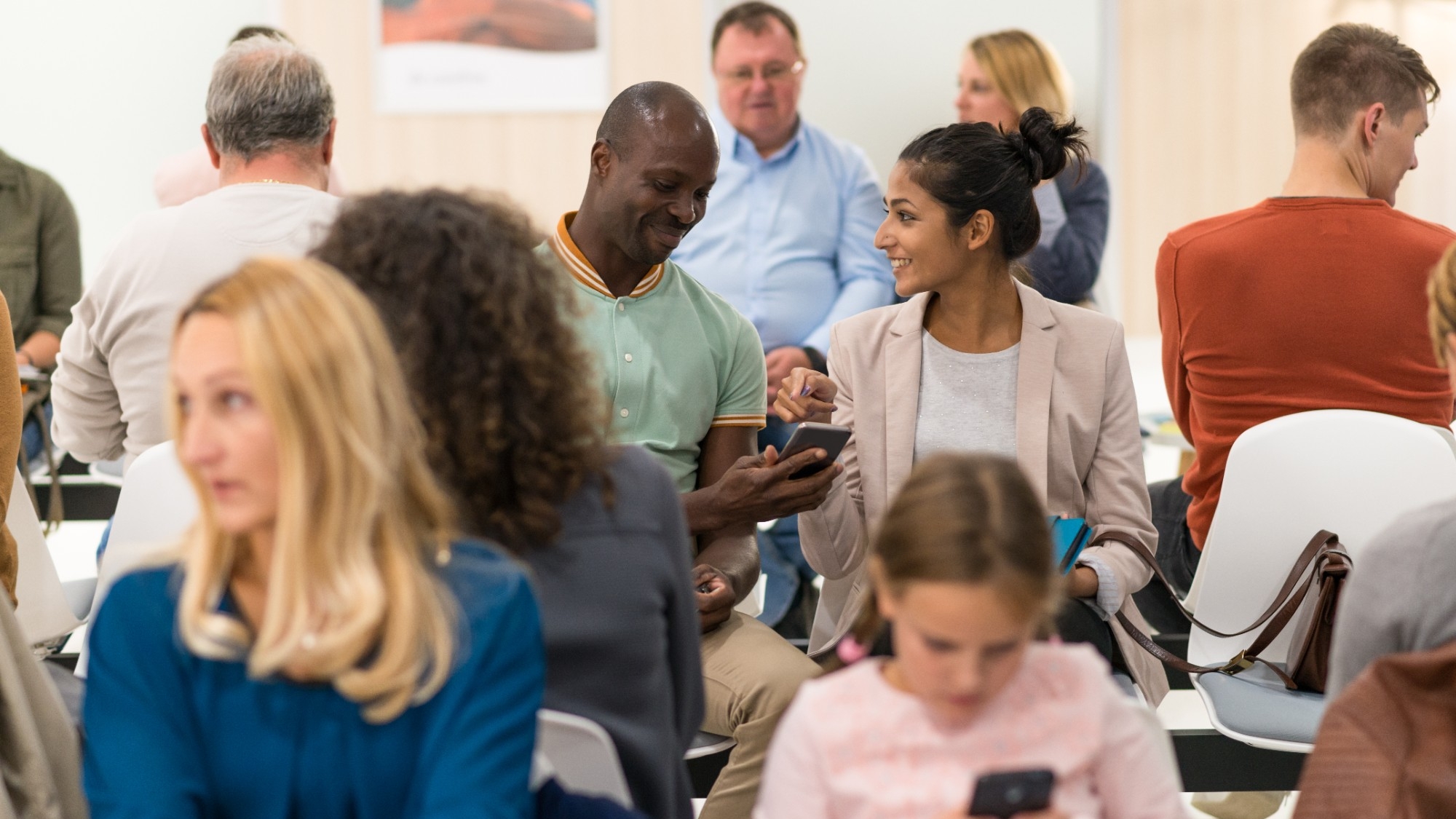 How Would a Single-Payer Option Work in New York?

New York has been considering a single-payer plan that would transform health insurance coverage and financing in the state.

A RAND report published in August estimates how the proposal would affect health care use and spending. Use of services would likely increase as more people receive coverage. But overall costs would decrease slightly over time if administrative costs were reduced and state officials slowed the growth of payments to providers.

Possible tax schedules to support a single-payer plan would cut payments for most New York households. The highest-income households would pay more. “A single-payer plan in New York does not have to increase the amount of money spent overall on health care,” said lead author Jodi Liu, “but it would substantially change who pays.” 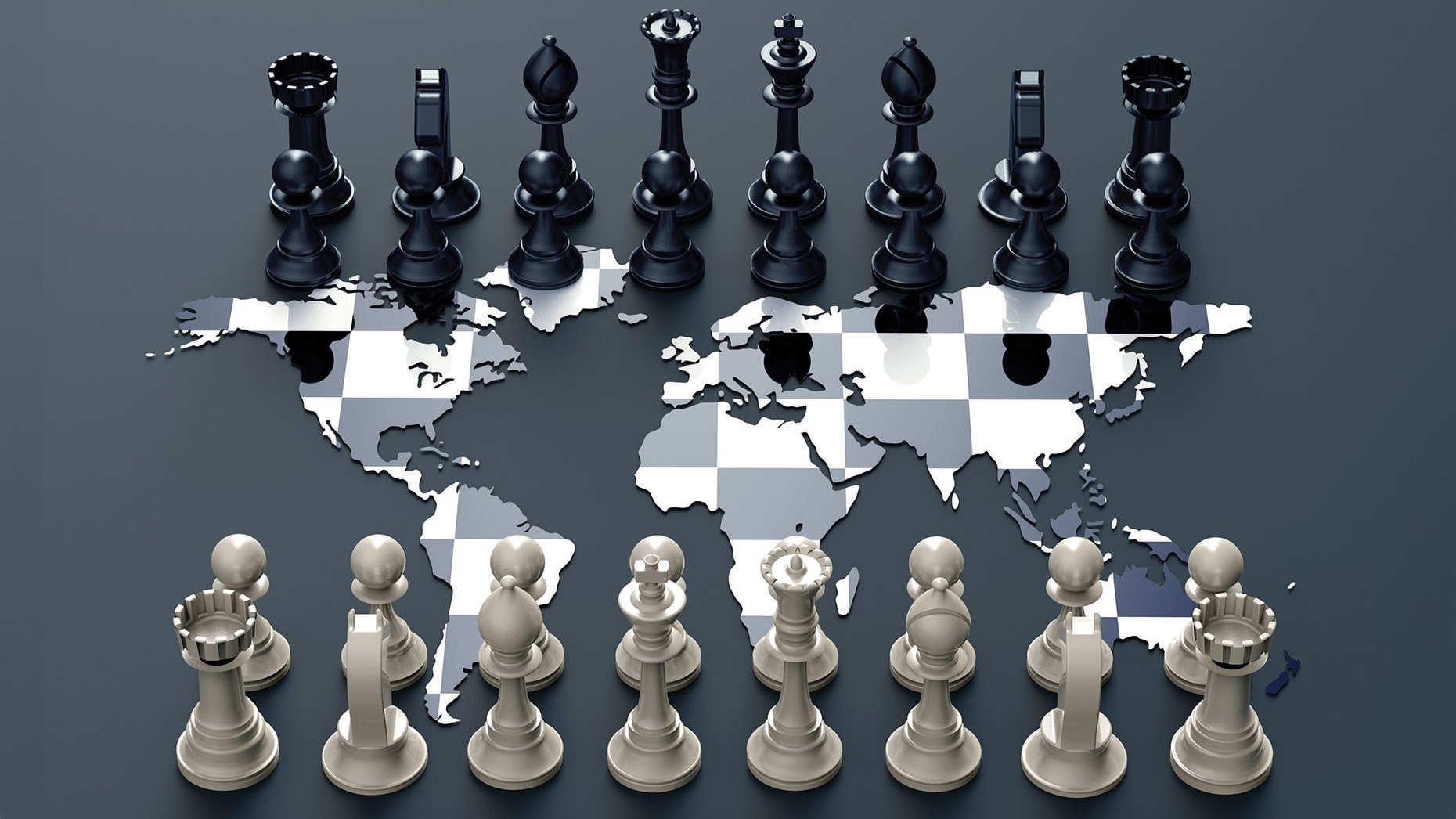 The Dynamics of Modern Political Warfare

America faces several adversaries who employ a wide range of political, informational, military, and economic measures to influence, coerce, intimidate, or undermine U.S. interests or those of friends and allies. Many of these measures are collectively referred to as "political warfare."

RAND researchers examined historical antecedents of political warfare and current-day practices through three case studies: Russia, Iran, and ISIS. They offered recommendations about the most effective ways that the United States could respond to or engage in this type of conflict to advance and protect its interests. 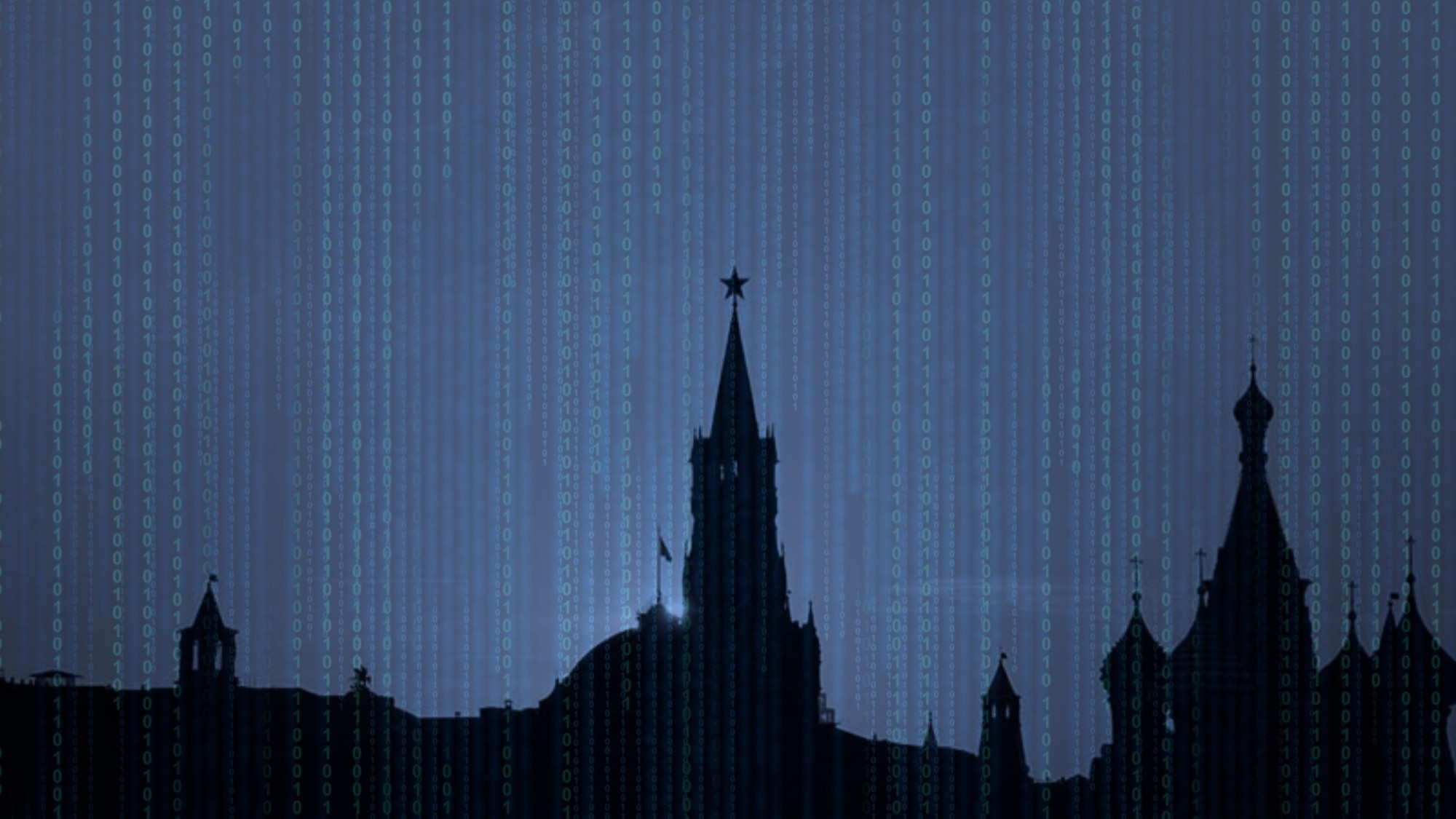 Russia disseminates propaganda in the Baltics, Ukraine, and other nearby states through social media. The Kremlin aims to drive wedges between the ethnic Russian or Russian-speaking populations who live in these states and their host governments. Moscow has also used social media to sow dissent against NATO and the European Union. 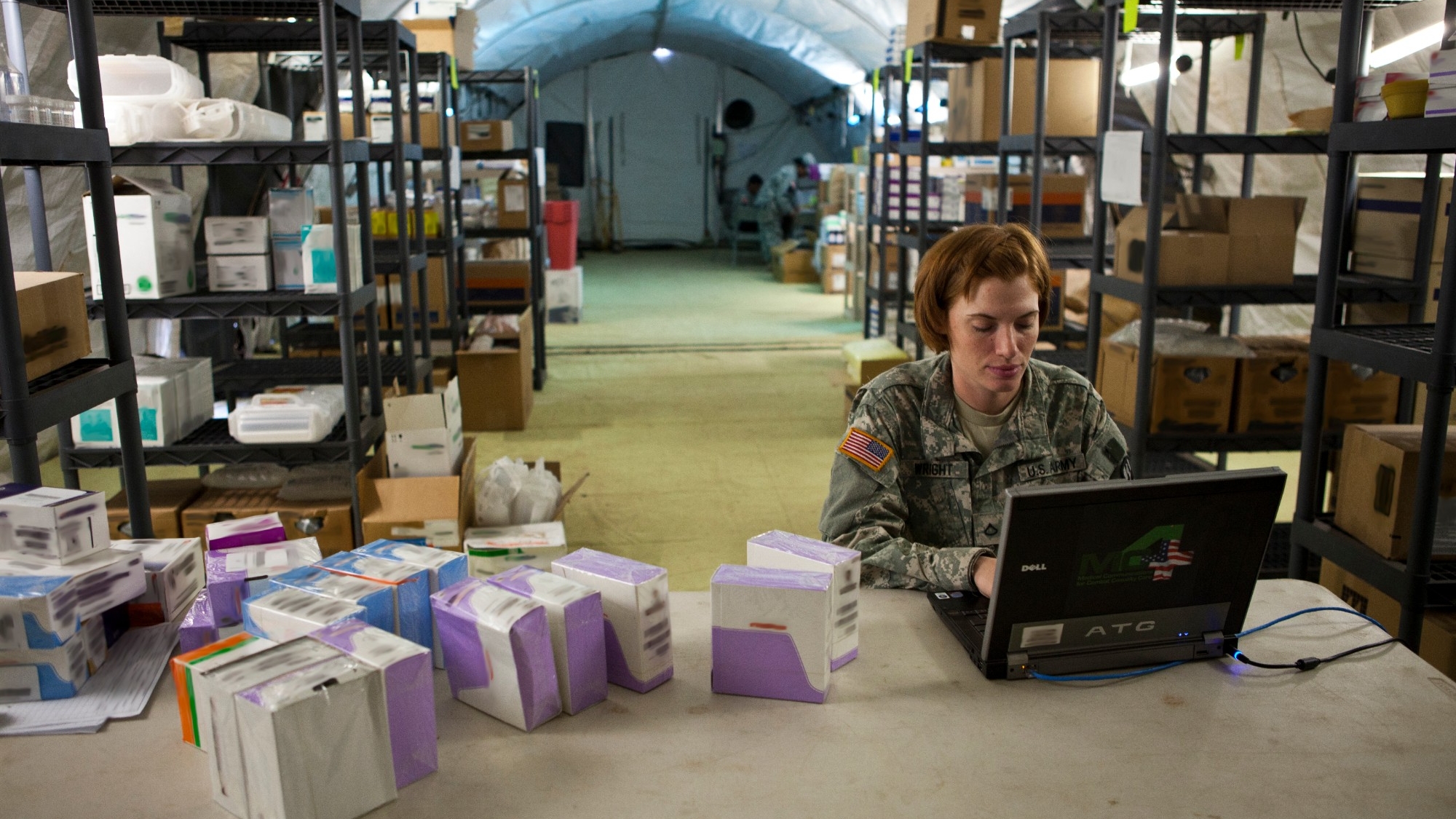 Life as a U.S. Army Private

Who joins the U.S. Army? Why? And how satisfied are they with their decisions? RAND researchers interviewed dozens of Army privates to find out.

Most of these soldiers were between 19 and 21 years old. Many had never lived away from home. They enlisted for adventure, benefits, and a sense of duty. Nearly two-thirds said that a family member influenced their decision to join.

These soldiers’ unfiltered perspectives on life as a private can inform Army leadership on how to attract and retain the best talent. They can also serve as an educational tool for junior officers and prospective new recruits. 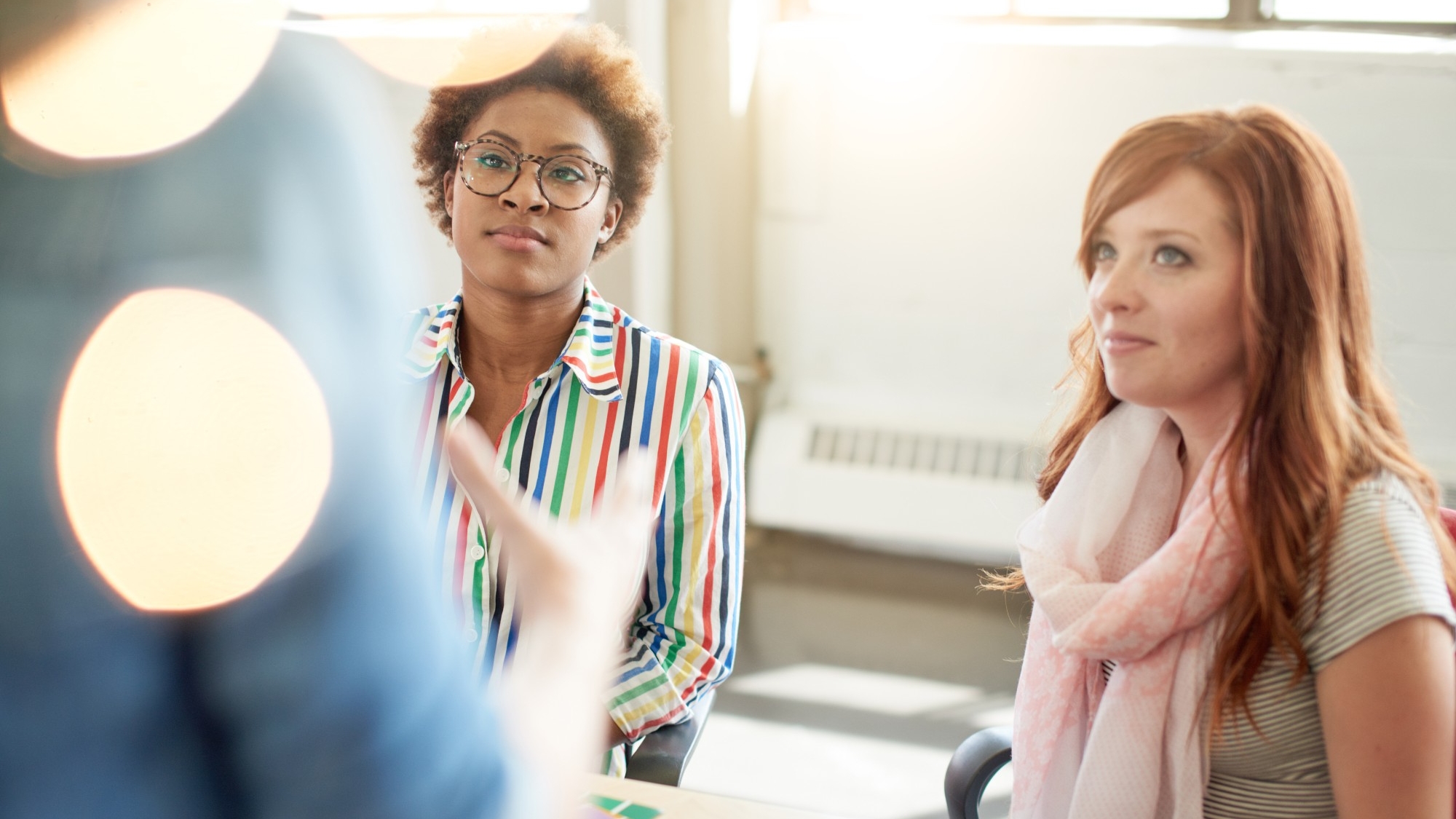 Findings on the Intensive Partnerships Initiative

Experts from RAND and the American Institutes for Research conducted a six-year evaluation of the initiative. It found that the initiative enhanced how teachers are evaluated, but it did not lead to gains in student achievement or graduation rates. 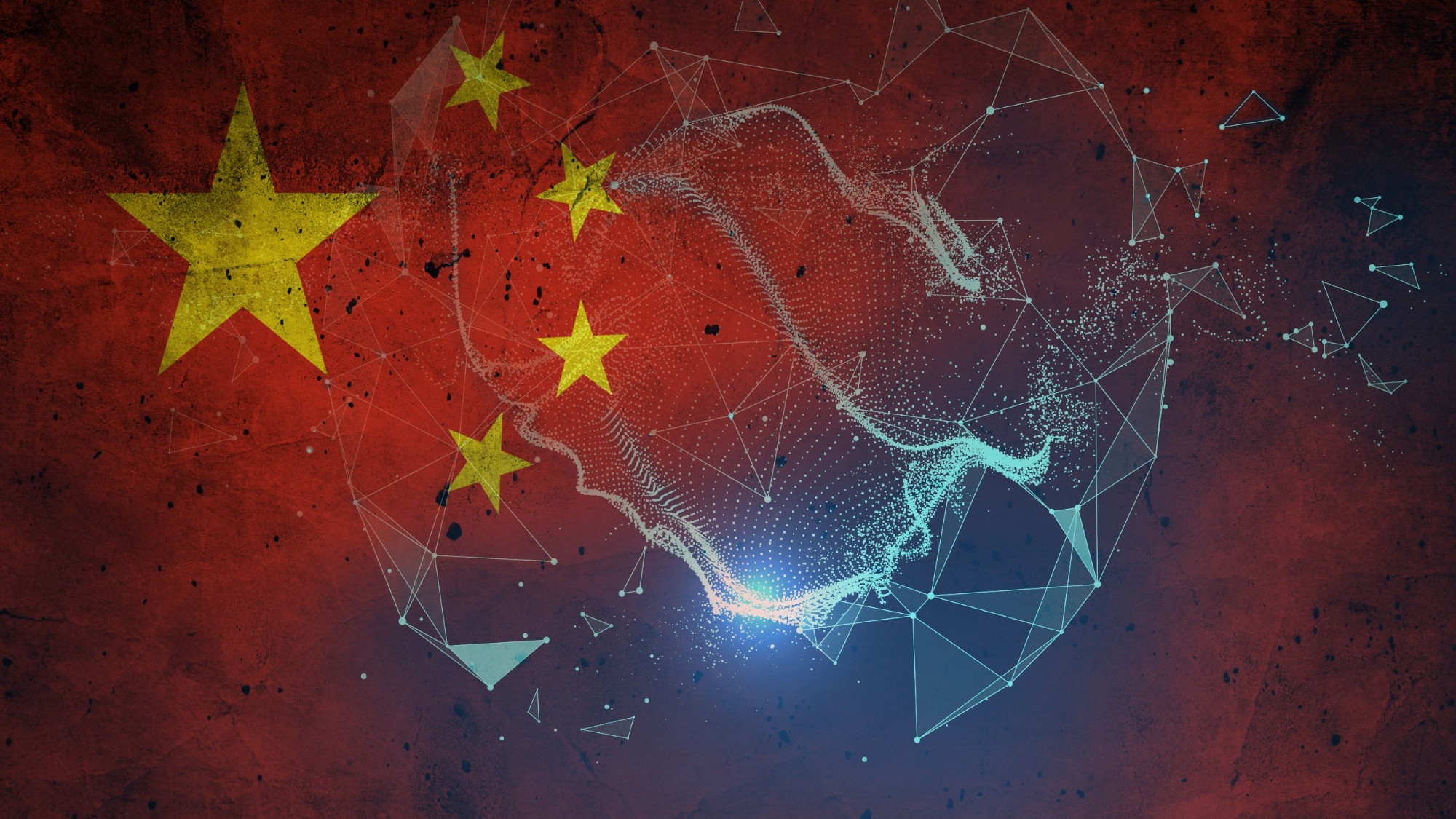 China’s military now understands war as a contest between opposing operational systems rather than merely opposing armies. “Systems confrontation” is waged not only in the traditional physical domains—land, sea, air—but also in the space, cyberspace, electromagnetic, and even psychological domains.

A RAND report published in February explores how Chinese thought about warfare has moved beyond focusing on the annihilation of enemies on the battlefield. Rather, victory goes to the side that can disrupt, paralyze, or destroy the enemy's operational system. 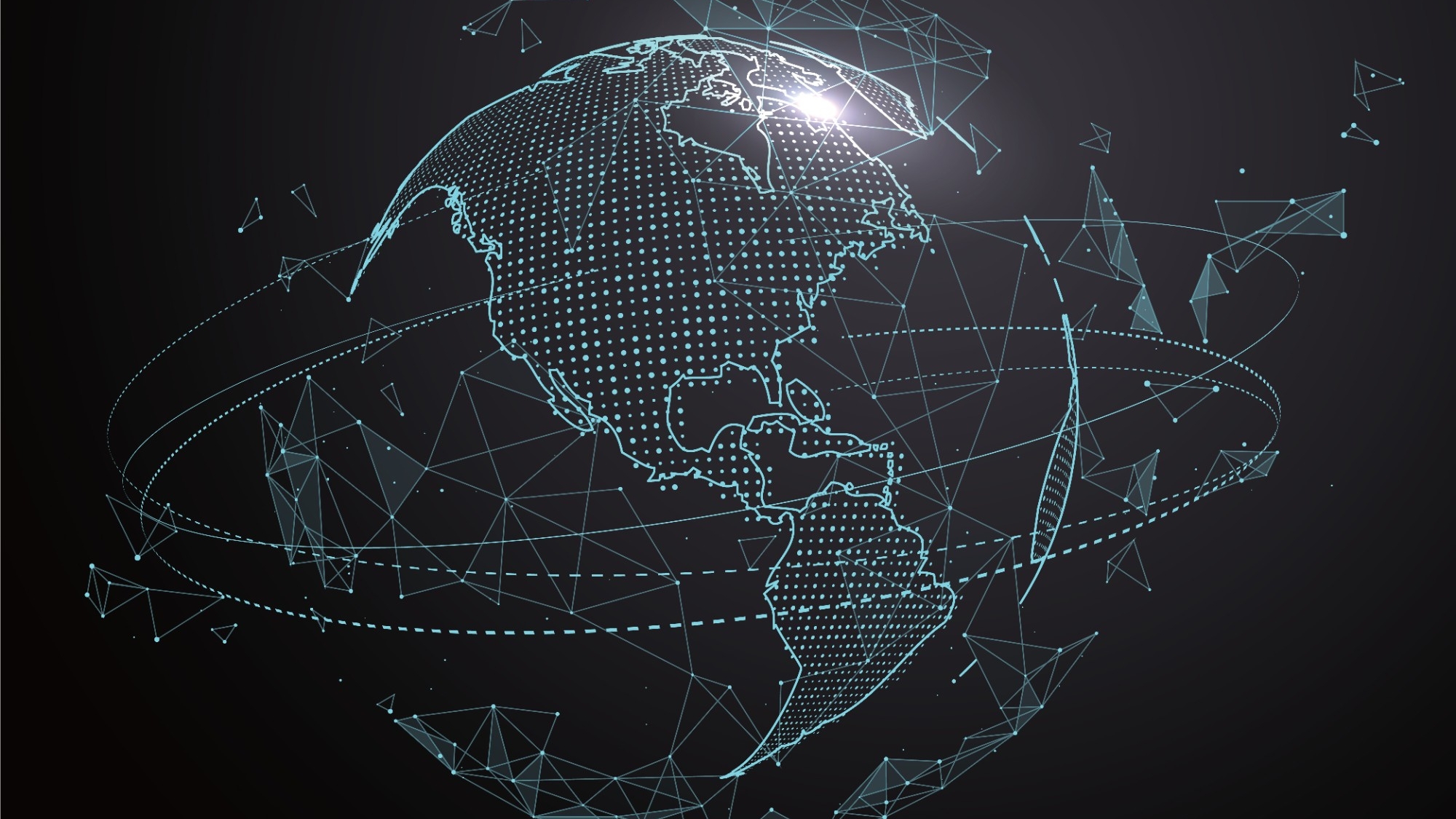 The postwar international order is under unprecedented strain. Tensions are rising from within its leading members and from other countries determined to alter how the order works.

Over the past two years, a RAND project has revealed many important insights about the international order. In 2018, researchers found that the order has generated tremendous value for America, helping advance specific U.S. interests in identifiable and sometimes measurable ways. Also, China doesn't seek to destroy the order so much as gain greater influence in its operation. 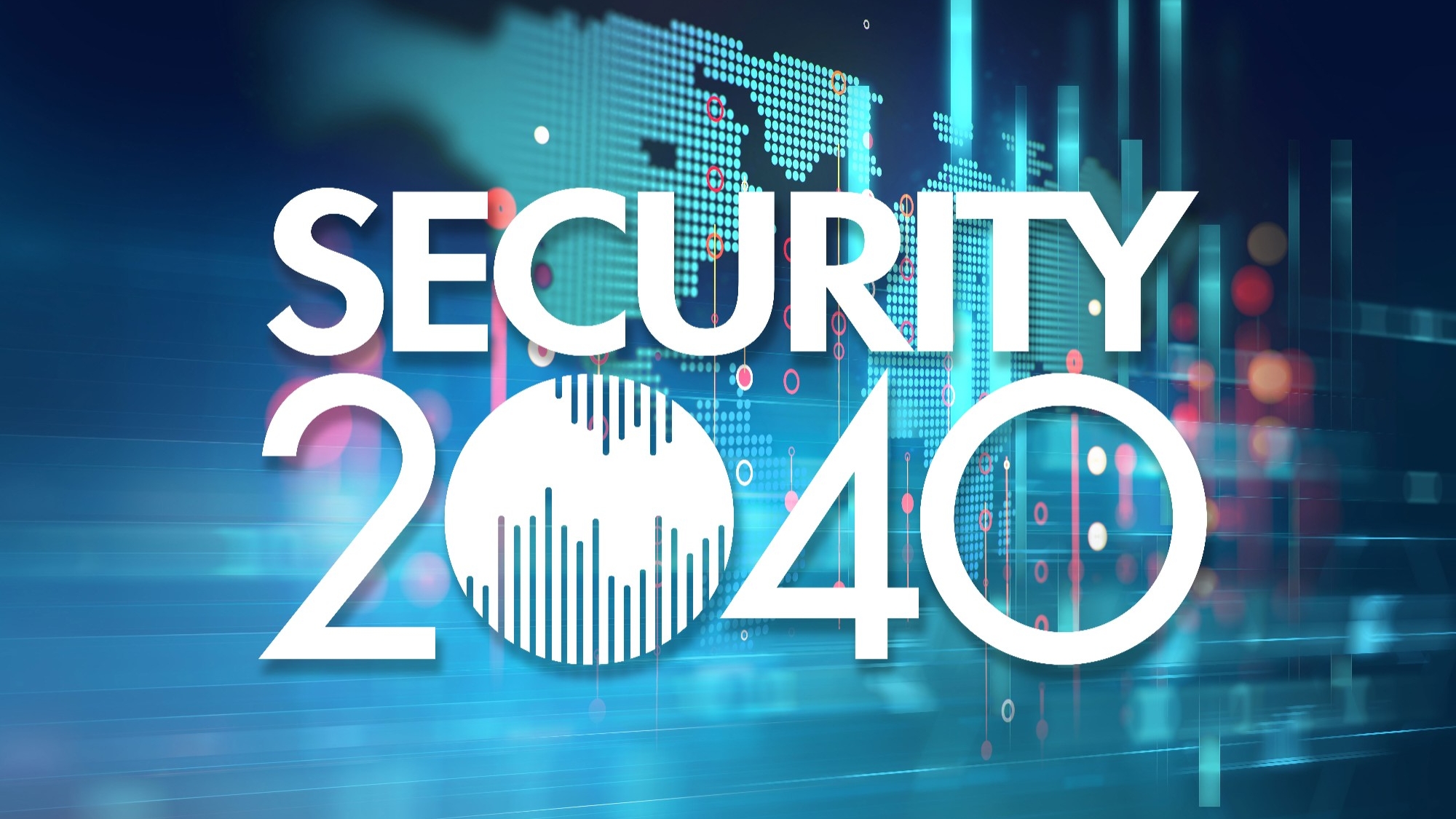 What Will Shape Global Security in 2040?

In the coming decades, emerging technologies and other factors will pose new risks to individuals, nations, and global stability. And accelerating changes will challenge people's capacity to adapt.

RAND's Security 2040 initiative builds on our legacy of helping policymakers anticipate and respond to trends and technologies that will affect national and international security. 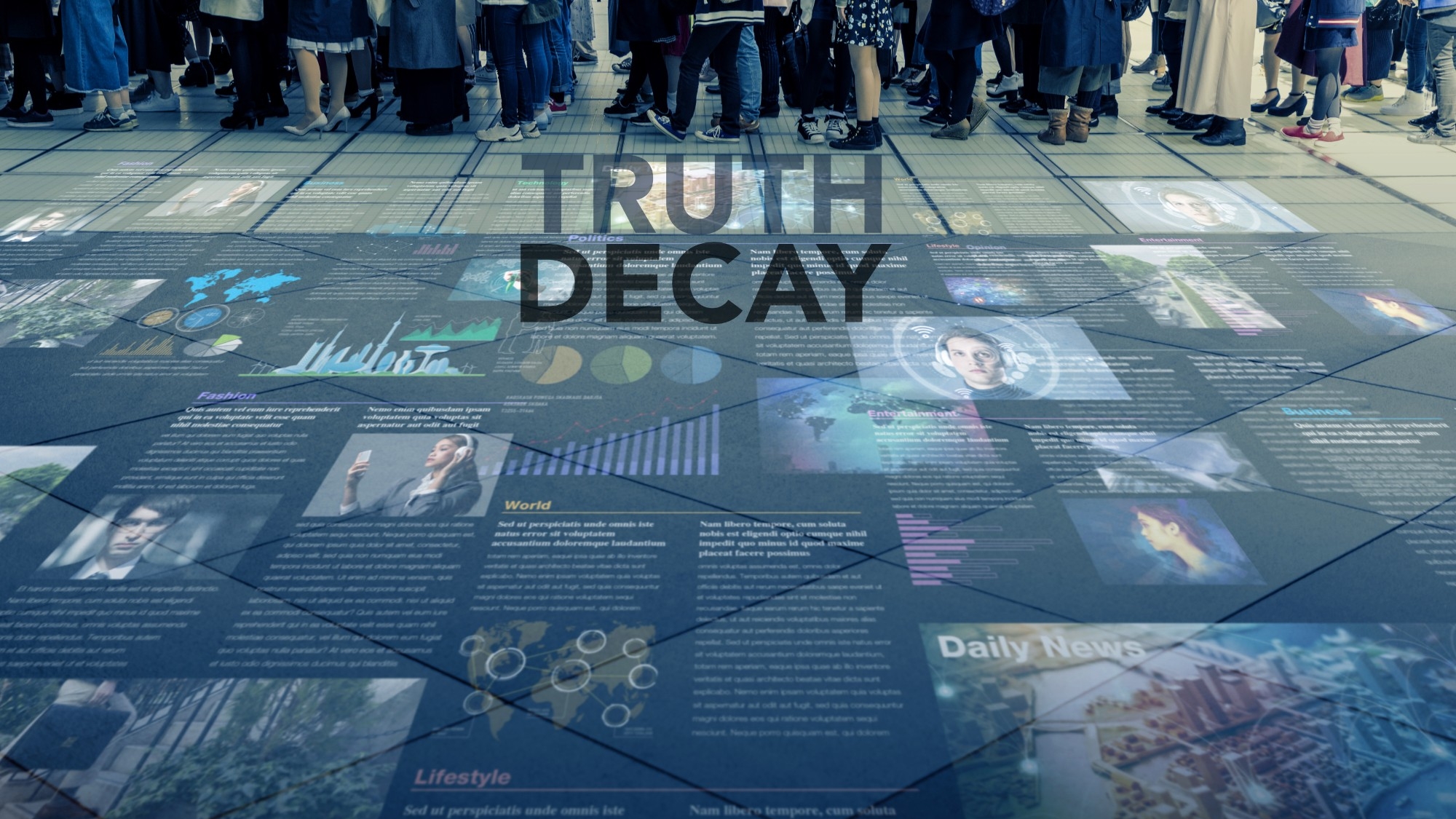 RAND released a report in January 2018 to explore what we call “Truth Decay”—the diminishing role of facts and analysis in American public life. The study is part of an ongoing effort to understand the phenomenon—and find solutions.

Although Truth Decay is not new, the threat it poses to democracy seems particularly virulent today, researchers concluded. Disagreements about objective facts have become increasingly common. And Americans have grown mistrustful of key institutions, such as the government and the media.

As a nonpartisan organization that seeks to advance the public good through research and analysis, RAND is concerned about the threat Truth Decay poses to evidence-based policymaking. And we’re committed to seeking insight that helps confront this threat.

“The challenge posed by Truth Decay is great,” said Michael Rich, coauthor of the report and RAND president and CEO, “but the stakes are too high to permit inaction.” 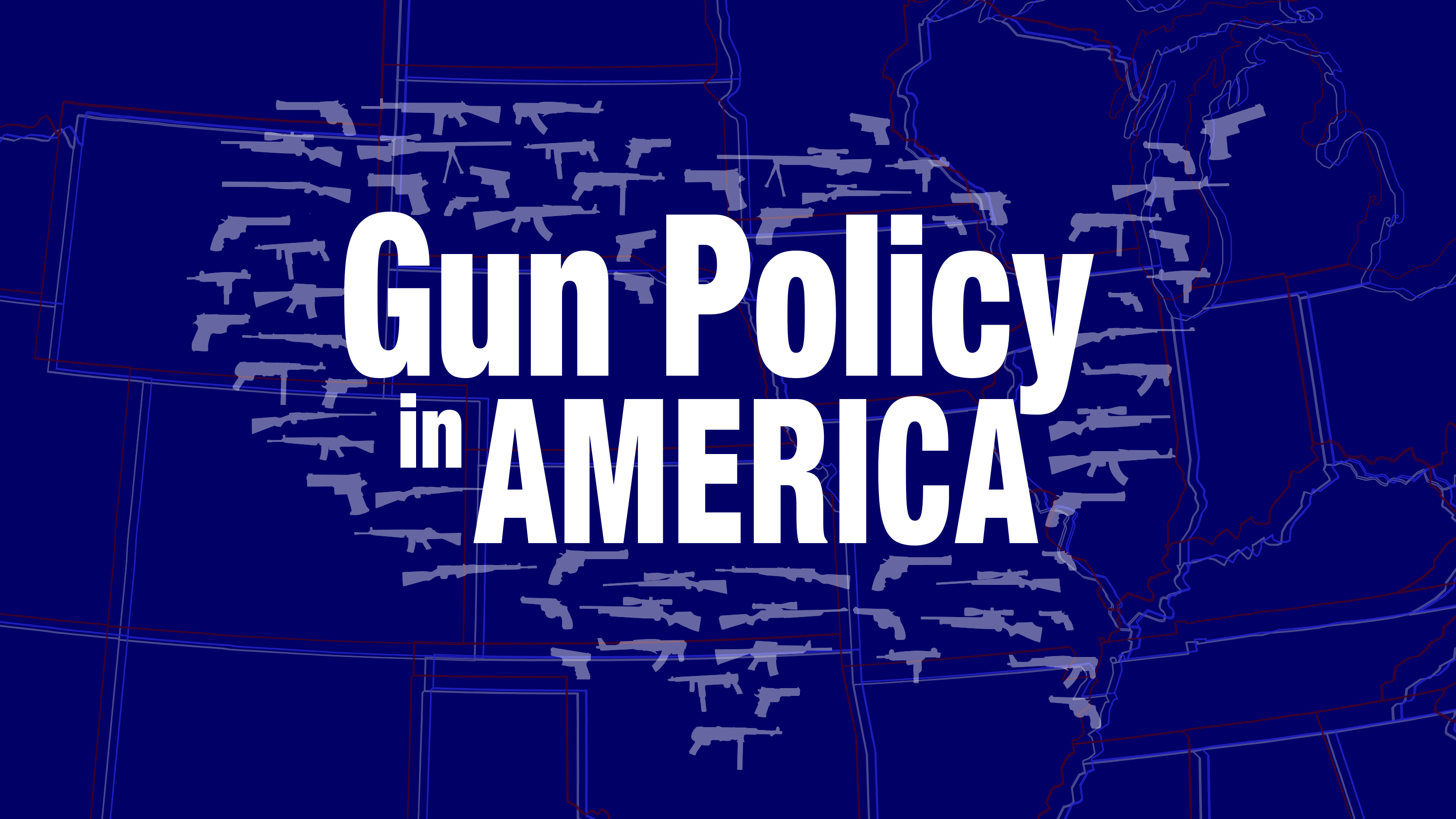 Our most popular research of 2018 was the RAND Gun Policy in America initiative, one of the largest studies ever conducted on the subject.

The study provides information on what the existing scientific research can tell us about the effects of gun laws. Its goal is to establish a shared set of facts that will improve public discussions and support the development of fair, effective gun policies.

RAND researchers also evaluated the views of gun policy experts from across the ideological spectrum to understand where disagreements exist and where compromise might be possible. Differences in overall opinion of gun policies were associated with different beliefs about what the true effects of the policies will be—not with differences in which outcomes the experts cared most about.

This means that potential future scientific evidence about how gun policies affect outcomes may help resolve some disagreements among policy experts—and, by extension, the public.