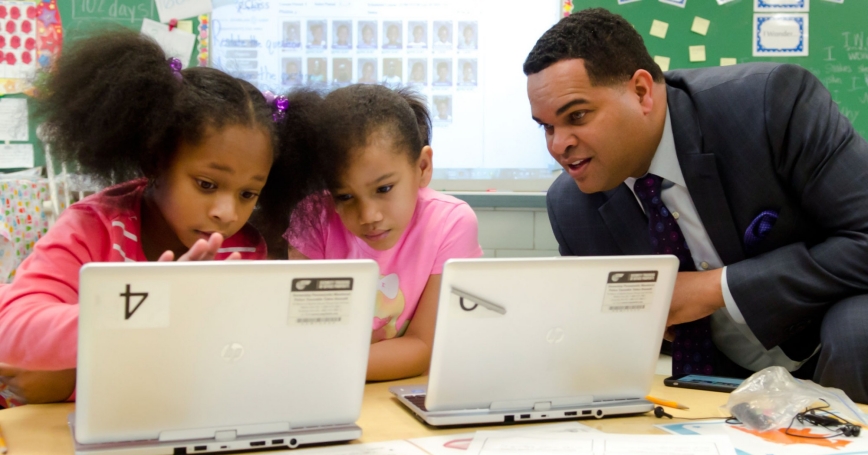 Schoolchildren from small-town Georgia to suburban Baltimore will encounter a new approach to learning when they head back to class this fall—one that makes them partners in their own education, not just participants.

It's called personalized learning, and it has become one of the buzziest of buzzwords in American education in recent years, even though there's no single definition of what it is. A recent RAND study sought to clarify, following dozens of schools to see how educators personalized the learning in their classrooms, and what it meant for their students.

“There's a lot of challenge here, a lot of things to work out,” said John Pane, the study's lead author, a senior scientist at RAND who holds the distinguished chair in education innovation. “But it looks promising.”

To understand what personalized learning is, start with what it is not: one teacher standing at the front of a classroom, delivering the same lesson to 30 kids at a time. In a personalized classroom, those 30 kids would follow their own pathways through the material, at their own pace, guided by their own goals and learning plans.

Good teachers have always tried to meet students where they are and engage their strengths and interests. What's different now is the degree to which technology allows teachers to tailor lessons for every student—and make sure those students stay on task.

Today's technology lets teachers tailor lessons for every student—and make sure they stay on task.

At Redwood Heights Elementary School in Oakland, Calif., for example, teachers use a reading program that presents the same lessons in different genres and at different difficulty levels, according to student interests and needs. The software can then update them on each student's progress, allowing them to spend more time with those who need it most—a break from the old teach-to-the-middle model.

“When you can teach to students where they're really at, you're challenging them but not frustrating them,” said Bruce Stoffmacher, a policy analyst and former teacher whose two sons now attend Redwood Heights. “That's where learning can really occur.” 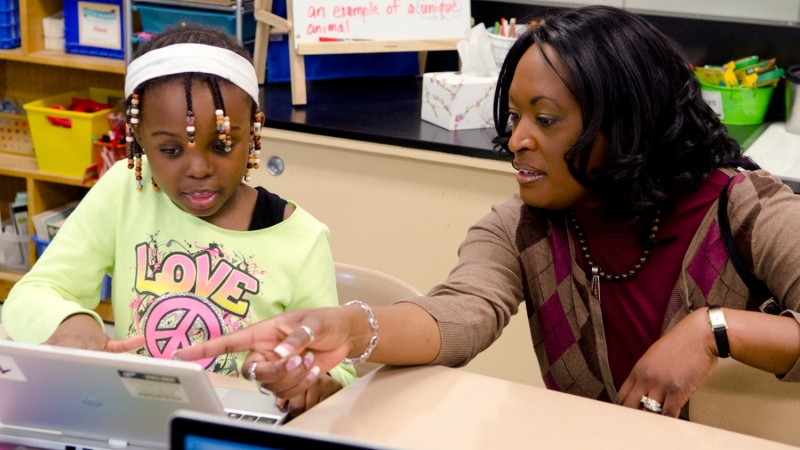 RAND's study was the largest and most rigorous attempt yet to test such a personalized approach to education. It followed 62 schools—most of them urban charter schools serving low-income students—as they implemented personalized learning programs between 2013 and 2015.

All of the schools had received funding from the Bill & Melinda Gates Foundation, which has invested tens of millions of dollars in personalized programs, and brought in RAND to measure their impact.

The results provide an unprecedented look at how personalized programs can work—and how well.

The initial findings “would be remarkable, and very exciting” if they hold up in future research.

Students in most of the schools made significant gains in both math and reading, compared with students in similar schools who were not part of the personalized programs. Those gains were especially apparent in the earliest grades: Elementary school students moved up 13 percentile points on standardized tests in math, on average, and 8 points in reading.

The schools were generally testing below national averages in math and reading at the start of the study. Two years later, they had caught up—and even moved ahead.

Those findings “would be remarkable, and very exciting” if they continue to hold up in future research, Pane said —especially more rigorous, randomized experiments. “At this point, we're saying there's promise here,” he added. “We still need to do more to understand the true effect.”

Ryan Imbriale, the executive director of innovative learning in Baltimore County, Md., recently sat in on a second-grade classroom to see personalized learning in action. The district is implementing a personalized approach in all of its schools that it calls STAT, for Students and Teachers Accessing Tomorrow.

Students in one area were reading out loud into a microphone, he said, while others listened to the same story on headphones, and still others hunched over pencils and paper, practicing their writing. The teacher sat in a small circle of maybe half a dozen desks, working one on one with students who needed a little more help with their reading.

“There's better purposeful conversation that's happening now,” Imbriale said. “It felt very personal for the kids in the room. They were doing activities as second-graders that allowed them to demonstrate mastery.”

The most successful schools in RAND's study shared some of those characteristics. They were flexible in how they used classroom space and time, allowing students more freedom to work in groups or on individual projects. They made better use of data to group students according to their individual needs and progress, and they worked with students to map out their goals.

Most of the schools were moving toward greater personalization by steps, not leaps. Teachers continued to align their overall lesson plans with state and district curriculum standards, for example. Few had implemented more radical visions of personalized learning, such as competency-based progression, in which students earn credit whenever they can demonstrate mastery of a subject, not just at the end of the year.

Teachers and school administrators cited the demands of standardized testing and state seat-time requirements as barriers to further personalization. More than half of the teachers RAND surveyed also cited the time it took to prepare individualized lesson plans. 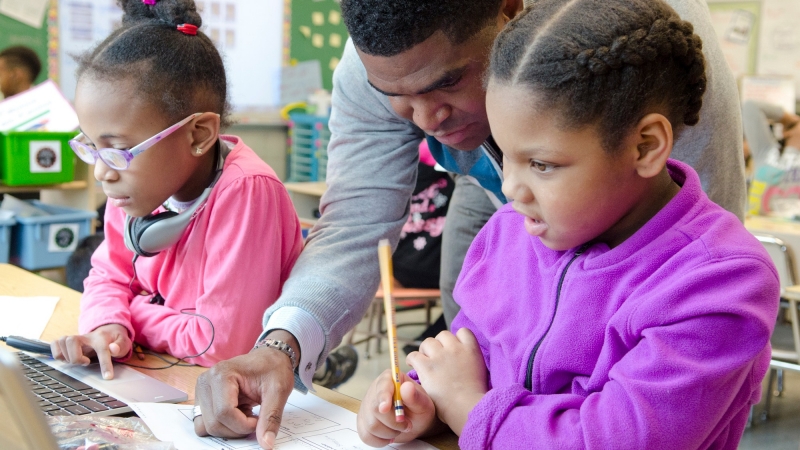 Researchers have been taking a closer look at a subset of mostly newer schools in the study. Those schools have run into more constraints, Pane said; their results were still positive, but the effects were not as large as in the bigger sample that included older schools.

That study has led RAND to a better understanding of the school features that seem to help make learning personalized: a clear understanding of the needs and goals of each student; instruction tailored to meet those needs and goals; and frequent and constructive dialogue between teachers, parents, and the students themselves. Technology can enable that kind of learning, and help teachers manage the complexities of it—but it cannot substitute for a good teacher.

It's the difference, Tony Townsend likes to say, between a lesson and a learning experience. He's the principal at Locust Grove Middle School in Henry County, Ga., in the outer orbit of Atlanta—a public school that has made personalized learning a part of every class.

“The students are not just sitting back and waiting for the teacher to direct their education. They can take control of their own learning.”

Its students spend much of their time not in lectures, but in labs—applying knowledge, district officials say, not just acquiring it. Each has a learner profile that says where they are and where they need to go—and some flexibility to choose how they get there. One student last year earned credit for a music class by following his interest in composing and writing several pieces of music, including a national anthem for an imaginary country.

“We're used to school looking a certain way,” Townsend said. “This has been a huge paradigm shift. The students are not just sitting back and waiting for the teacher to direct their education. They can take control of their own learning.”

That's the purpose and the promise of personalized learning: “You're never going to have two kids at the same place at the same time,” Townsend says, “ever.”

The author would like to thank Bruce Stoffmacher, Ryan Imbriale, and Tony Townsend for sharing their insights and experiences. Their schools were not among those who participated in the RAND research study.