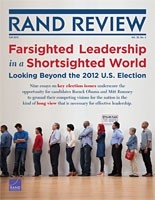 Check, Please: Many single entrées at U.S. chain restaurants serve up masses of calories, fat, and sodium. Just how bad is a full meal?