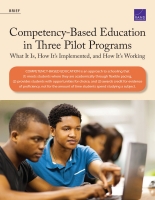 What It Is, How It's Implemented, and How It's Working 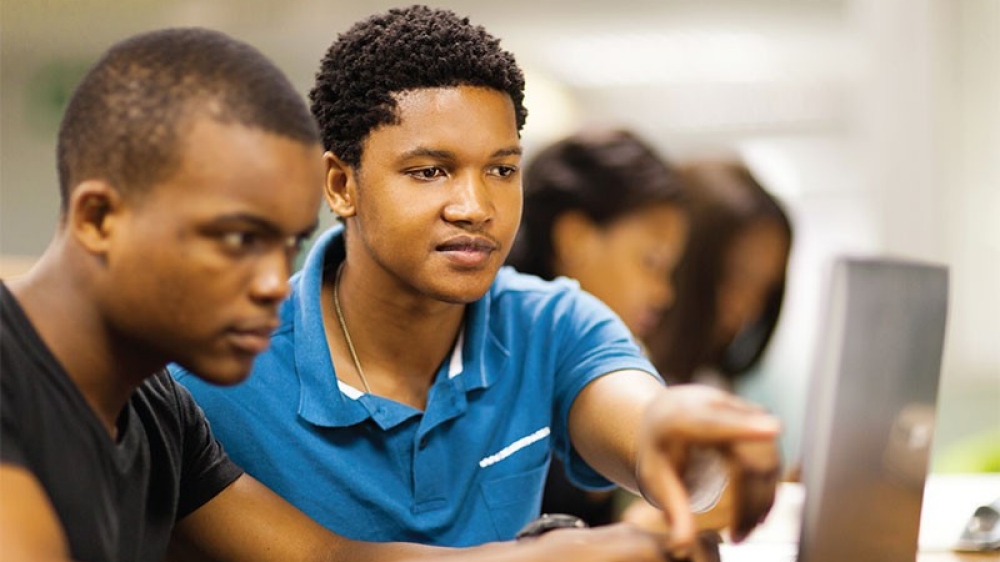 Competency-based education is an approach to schooling that (1) meets students where they are academically through flexible pacing, (2) provides students with opportunities for choice, and (3) awards credit for evidence of proficiency, not for the amount of time students spend studying a subject.

Based in part on Benjamin Bloom's theory of mastery learning — the notion that all students can meet high academic standards if given personalized instruction tailored to their needs — competency-based learning has had a recent resurgence as technological tools have made individualized instruction more feasible. In the past decade, competency-based approaches have shown promise in some rural and alternative school settings, but results have been anecdotal, and fewer attempts have been made to apply this approach in larger, urban settings.

Adams County District 50 A suburban district of more than 10,000 students in Westminster, Colo., which had embarked on a district-wide competency-based reform in the 2008–2009 academic year and emphasized flexible pacing and evaluation for proficiency in all grades. As part of its Project Mastery plan, the district developed and piloted four online mathematics games for math level 11 (mostly grades 8–9) and helped teachers create their own instructional videos. It also upgraded the district's competency-based learning management system, called Educate. Competency-based education emphasis: Flexible pacing and evaluation for proficiency.

Asia Society An intermediary organization that provides its partner schools with a set of learning outcomes and rubrics focused on global competence, along with professional development for teachers on how to develop and implement performance assessments. Under its Project Mastery grant, Asia Society developed new performance outcomes and rubrics, new curriculum modules, and new professional development modules. It also hosted a new, online learning management system called ShowEvidence, which was created by a technology development company of the same name. Finally, it worked with four of its partner schools to pilot these tools. The Asia Society partner schools in the grant were Newfound Regional High School in Bristol, N.H.; Sharpstown International School in Houston, Tex.; and the Denver Center for International Studies and the Denver Center for International Studies–Montbello (DCIS-M) in Denver, Colo. Competency-based education emphasis: Student choice through project-based learning in all sites. Also, evaluation for proficiency in Newfound and DCIS-M.

School District of Philadelphia A large, urban school district in Philadelphia, Pa., serving more than 150,000 students during the first grant year. Under Project Mastery, Philadelphia purchased and piloted a technology-enriched, project-based, ninth-grade English curriculum and a new, online learning management system in six of its high schools. The district also collaborated with other local organizations to create a voluntary, afterschool program for students involved in the ninth-grade language arts pilot in their English classes. Students in the after-school program earned "badges" — that is, certifications of competency — for specific skills, some of which could be applied toward credit in their high school language arts classes. Competency-based education emphasis: Student choice through project-based learning.

In 2011, the Bill & Melinda Gates Foundation extended grants to three educational organizations working to develop or enhance competency-based approaches in large, urbanized school systems. The grant initiative, called Project Mastery, funded the development of technology-enhanced tools, including curriculum materials and online learning management systems, as well as the implementation of these tools in secondary school classrooms. The Project Mastery grants were awarded to three organizations: Adams County District 50, the Asia Society, and the School District of Philadelphia. Each organization emphasized different features of competency-based education (see sidebar). Still, all focused their grant resources on curriculum development and on creating or upgrading online learning management systems to suit competency-based education environments.

In late 2011, RAND was invited to evaluate the organizations' competency-based education experiences, including implementation, student experiences, and student outcomes. The evaluation team collected site-visit data during the two grant years — academic years 2011–2012 and 2012–2013 — and analyzed data during the 2013–2014 year.

Credit for out-of-school learning emerged as a tension, with educators varying in their agreement that certain after-school and travel-based learning experiences were equivalent to class assignments or courses.

Financial and logistical sustainability questions arose as well — in some cases, sites lacked the computer hardware to ensure student access to online instructional tools; in other cases, developers partnering with sites placed cost-prohibitive limits on use of the new curricula. 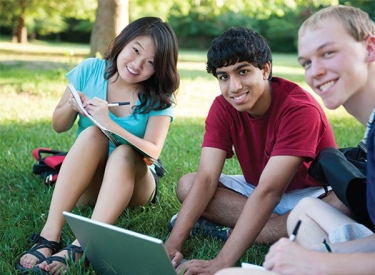 Student choice. In Project Mastery sites that emphasized student choice, students were only slightly more likely than their peers in sites without this emphasis to report they that had choices of topics and materials.

Pacing. The proportion of students who reported working on different material and at different paces than their classmates was nearly as high in the sites that favored synchronous learning as in those that emphasized flexible pacing.

Enjoyment of learning. In most surveyed sites, fewer than half of students agreed that they liked how learning occurred in their surveyed class and that learning was enjoyable. The exceptions were two Asia Society sites, Denver Center for International Studies (DCIS) in Denver, Colo., and Sharpstown International School (Sharpstown) in Houston, Tex., where more than two-thirds of students reported enjoyment of learning in the surveyed class.

Engagement. By far the highest reports of engagement, flexible pacing, and choice came from DCIS, an Asia Society site in which surveyed students were focused on yearlong, self-directed projects that applied academic content to real-world contexts.

Adams County District 50. The conversion of this district in Westminster, Colo., to a competency-based model was associated with lower mathematics performance on the state accountability test than the performance of similar schools in the state would have predicted. The difference was equivalent to about 9 percentage points in mathematics for the 2012–2013 school year, a statistically significant difference.

Asia Society. Among the Asia Society sites, the conversion to a competency-based model at Newfound Regional High School in Bristol, N.H., was associated with an increase in reading performance of about 4 percentage points, but the difference was not statistically significant. In two urban schools of choice (DCIS and Sharpstown), students had higher proficiency rates than demographically similar schools in their respective states by 18 and 17 percentage points. The other Asia Society school, Denver Center for International Studies–Montbello, which was also a school of choice, performed about the same as demographically similar schools.

Philadelphia. In the School District of Philadelphia, adjusting for student demographics and prior performance, Project Mastery students performed below their peers in language arts after three months of exposure and about the same as their peers after five months of exposure; they also had similar rates of promotion to tenth grade. Yet their ninth-grade attendance rates were 1.4 percentage points higher than those of their peers — a statistically significant difference. For Philadelphia Project Mastery students who also took part in an afterschool badge program, both attendance rates and promotion rates were higher than those of non–Project Mastery students by statistically significant margins of 3.0 and 6.6 percentage points, respectively. 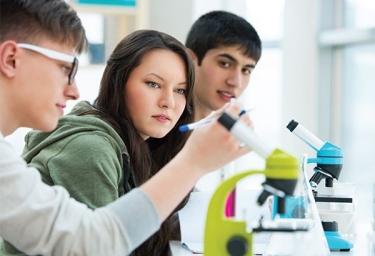 Implement flexibly timed accountability tests to provide better measures of progress than fixed, annual tests. To accommodate flexible pacing of student progress, students in a competency-based evaluation system would be tested for proficiency only after they had been exposed to the tested content and had a chance to master it. This differs from the current practice of testing all same-grade students on the same content at a fixed point during the year.

Negotiate favorable terms and anticipate technical challenges in collaboration with technology developers. Schools and technology developers who agree to help refine or pilot-test a tool, such as a curriculum tool or learning management system, should negotiate licensing terms up front that make scale-up financially feasible for the school if the tool shows promise.

Be alert for widening achievement gaps. Competency-based education systems must be vigilant about equity. Because competency-based education emphasizes academic skill over effort and increases the importance of student self-direction, systems adopting these approaches must be alert for widening achievement gaps and provide extra support to students who appear to be falling behind.