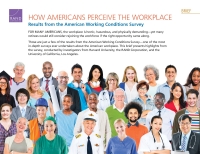 How Americans Perceive the Workplace 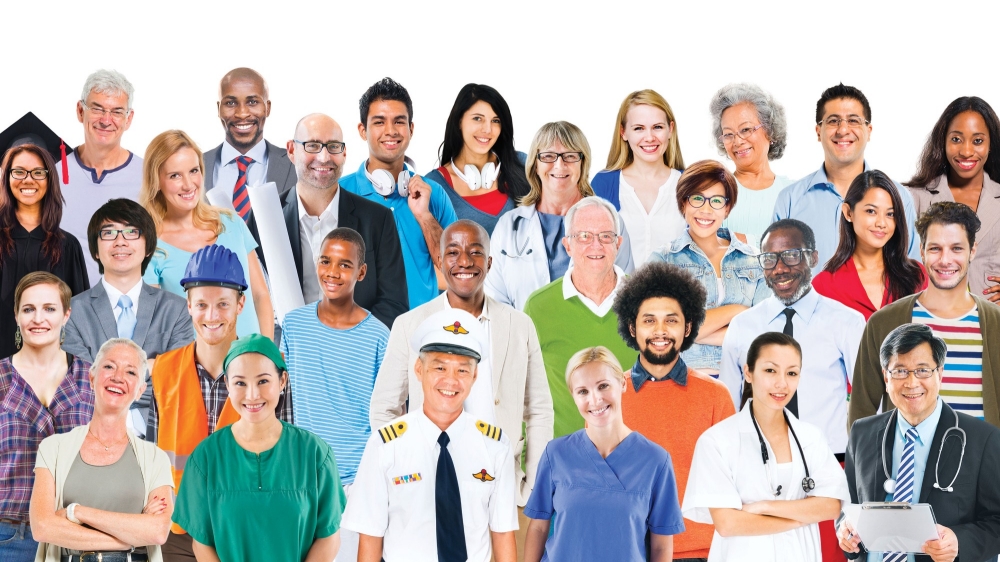 A group of workers of different professions

For many Americans, the workplace is hectic, hazardous, and physically demanding — yet many retirees would still consider rejoining the workforce if the right opportunity came along.

Those are just a few of the results from the American Working Conditions Survey — one of the most in-depth surveys ever undertaken about the American workplace. This brief presents highlights from the survey, conducted by investigators from Harvard University, the RAND Corporation, and the University of California, Los Angeles.

The Workplace Can Be Hazardous

Workers Are Rushed but Have Some Autonomy

The workplace can be a hectic environment: One in four workers say that they do not have enough time to do their job, and two in three work at high speed or on tight deadlines. However, most workers — three in four — have a degree of autonomy on the job that allows them to prioritize some tasks over others. That autonomy does not extend to telecommuting; about four in five workers must be present to do their work.

Half of American workers say that they work in their personal time to meet workplace demands, and one in ten do so nearly every day. Does the workplace return the favor? It appears not, since roughly one in three workers say that it is somewhat or very difficult to adjust their work schedules to accommodate personal matters and that their work hours are inflexible and set by their employer.

The Psychology of Work

The workplace social environment can be harmful. One in five workers report having recently been subjected to verbal abuse, humiliation, unwanted sexual attention, bullying, or harassment — often from customers. While the workplace can be hostile, it is also a source of support for most workers. Nearly three in five say that their boss is supportive, while more than half have good friends at work and think conflicts are resolved fairly. Nearly 40 percent of workers say that their jobs offer good prospects for advancement.

Older Workers’ Jobs Are More Satisfying but Are Surprisingly Physical

When it comes to workplace satisfaction, age matters. Older workers (ages 50 and up) have more autonomy at work and flexibility in their work schedules than their mid-career peers (ages 35–49), and a larger percentage report that they are doing useful work. At the same time, many older workers have jobs that are physically demanding, which may put them at risk of injury if their hearing, vision, or balance is compromised.

Retirement Is a Fluid Concept

Many retirees would consider returning to the workforce if conditions were right — and others already have. Forty percent of currently employed workers who are ages 65 and older have retired at some point. Of those ages 50 and older who are not working and not searching for work, 41 percent of non–college graduates and 57 percent of college graduates would work in the future if the right opportunity came along. And by "right opportunity," they mean less-physical jobs that give them some control over how they do the work and at what pace; they care less about employee benefits.