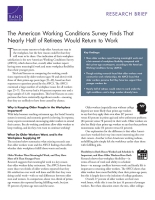 There are many reasons to help older Americans stay in the workplace, but the best reason could be that they still want to be there. One indication of their workplace satisfaction is the new American Working Conditions Survey (AWCS), which shows that, overall, older workers report having more meaningful work and more workplace flexibility than their younger peers.

This brief focuses on comparing the working conditions experienced by older workers (ages 50 and above) with those of their prime-age peers (ages 35–49), based on their responses to questions posed by the AWCS. The AWCS examined a large number of workplace issues for all workers ages 25–71. The survey had a 64-percent response rate and a large sample of 3,131 respondents. This brief focuses on comparisons that have statistically significant results — meaning that they are unlikely to have been caused by chance.

Why Is Keeping Older People in the Workplace Important?

With baby boomers reaching retirement age, the Social Security system is stressed, and economic growth is slowing. In response, many experts recommend encouraging older workers to extend their careers. But do working conditions allow older workers to keep working, and do they even want to continue working?

What Do Older Workers Want, and Is the Workplace Supplying It?

The sections below summarize what existing research says that older workers want and the AWCS findings that reflect whether their workplaces fulfill those wants and needs.

Older Workers Want Meaningful Work, and They Have More of It Than Younger Peers 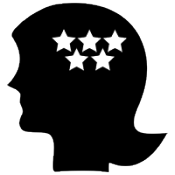 Research suggests that meaningful work is a key reason that older workers delay retirement. The AWCS shows that more than two-thirds of older workers reported that they felt satisfaction over work well done and felt that they were doing useful work — with no real differences between older men and women. In comparison, about two-thirds of prime-age women also reported having fulfilling work, but just 55 percent of prime-age men said the same.

One explanation for the difference is that older Americans have worked their way into more interesting jobs over their careers. Another is that Americans working tedious, unfulfilling jobs simply left the workforce earlier than those with fulfilling jobs.

Flexibility in Both Hours Worked and Schedule Is Important, and More Older Workers Have Both 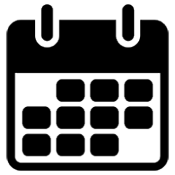 Research shows that workplace flexibility — in terms of hours of work and ability to schedule hours — to manage conflicts between work and family life is important to retaining older workers. The AWCS shows that older workers have more flexibility than their prime-age peers, but this is largely due to the inclusion of college graduates.

Overall, 17 percent of older workers set their own work hours, while this is true for just 14 percent of younger workers. But when education enters the mix, older college-graduate men and women are more than twice as likely to determine their work schedules as their younger, less-educated counterparts. Older college-graduate men have the most freedom to determine their own schedules, and they report the least difficulty arranging time off during the workday to handle personal matters. 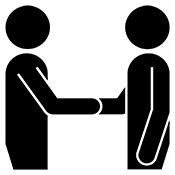 Research shows that older workers strongly desire "constructive relationships" in the workplace — things like support from co-workers and supervisors and a supportive work environment.

However, older workers perceive social support as lacking, according to the AWCS. Older workers are less likely — by 5 to 6 percentage points — than younger workers to report that their boss is supportive, cooperation with colleagues is good, and conflicts are resolved fairly.

Older workers also report less opportunity for career advancement than prime-age workers do (27 percent versus 40 percent), although in many cases they may have advanced further in their careers than their younger counterparts.

Older Workers Do Less Fast-Paced Work Than Their Younger Counterparts, but Their Jobs' Physical Requirements Are Still Considerable 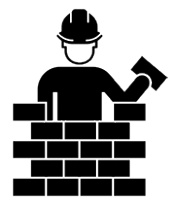 People's stamina, strength, balance, vision, and hearing tend to decline as they age, and these changes can put older workers at risk of injury or developing physical limitations at work.

The AWCS found that older workers are less likely to work at high speed (58 percent versus 67 percent of prime-age workers), are more likely to be able to take breaks when they want (63 percent versus 54 percent), and have fewer external factors (like a boss, clients, or targets) determining their pace of work (39 percent of older workers report three or more factors versus 49 percent for prime-age workers). Both choice and necessity likely drive these patterns, with some choosing to take on supervisory roles as they gain seniority, and others finding that they must shift into jobs that better match their changing work capacities.

Retirement Is a Fluid Concept; There Are Many Ways to Keep Older Workers Engaged and Entice Them Out of Retirement 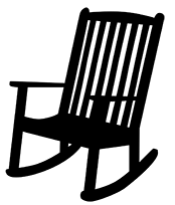 Many retirees say that they would consider returning to the workforce if conditions were right — and many others already have.

Nearly half (46 percent) of those 50 and older who were not working and not searching for work reported that they would work in the future if the right opportunity came along. The percentage is even higher among older college graduates (57 percent versus 41 percent for older nongraduates). Meanwhile, 40 percent of workers 65 and older who were currently employed had previously retired at some point.

Older job seekers — regardless of whether they are employed and searching for a different job, unemployed and actively searching for work, or not in the labor force but open to the possibility of returning to work if the right opportunity arose — are less likely than younger job seekers to rate formal benefits, such as dental insurance, life insurance, or paid time off, as essential or very important. What did matter was having some control over how they do their work, the ability to set their own pace, and the physical demands of the job.

Working conditions could play an important role in unleashing the substantial work potential of retired workers or those close to retirement. The AWCS suggests that keeping older Americans engaged by giving them control over when and how they do their work, accommodating their changing physical capacities, and improving their connection with co-workers may be appropriate places to start.