Most Popular RAND Research of 2019 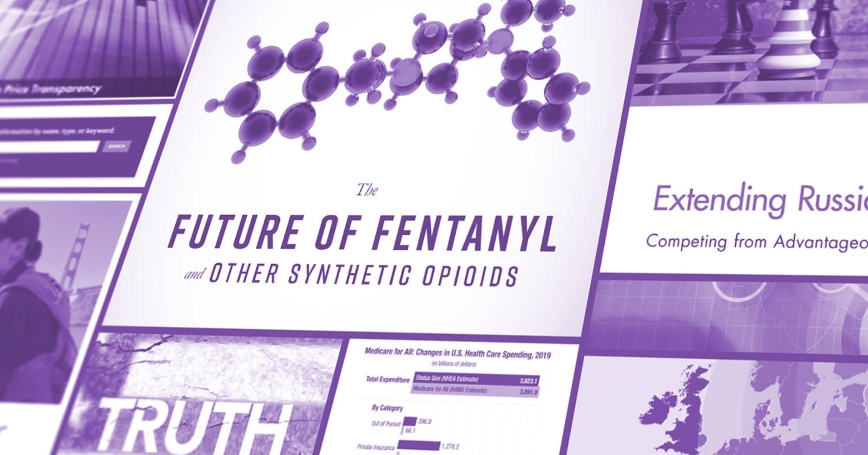 The search for lasting, big-picture solutions to difficult policy problems starts with facts.

This year, RAND released hundreds of research publications, covering a diverse range of topics. We remain committed to informing public policy debates with high-quality, nonpartisan research and analysis, and providing policymakers with the evidence they need to make sound decisions.

Here we're highlighting the 10 research projects that rand.org readers engaged with the most in 2019. 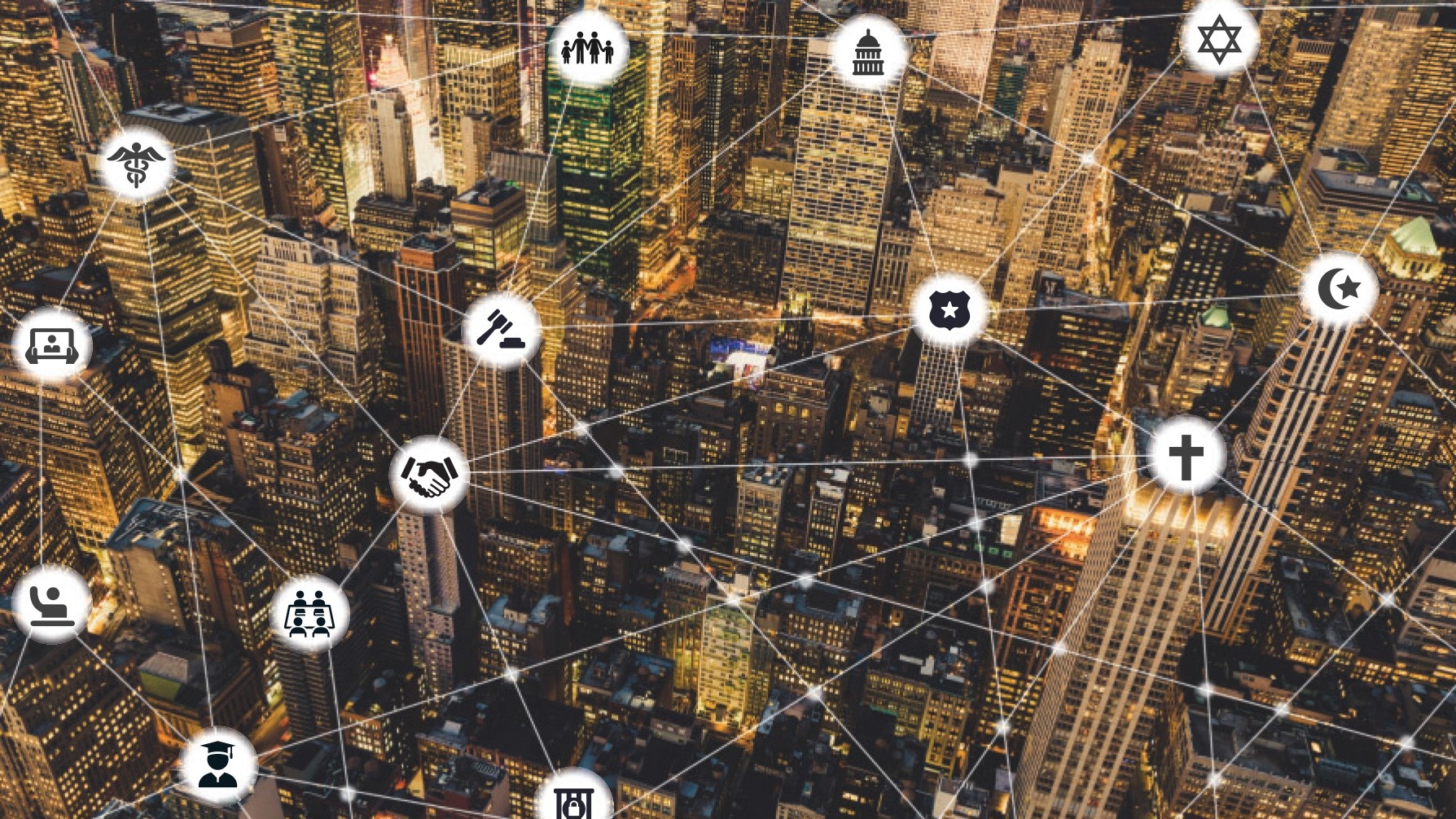 Federal terrorism prevention efforts that go beyond traditional law enforcement action have included countering extremism online, engaging communities, and teaching people how to recognize warning signs of radicalization. But concerns have emerged about the potential for these efforts to infringe on constitutionally protected rights or to stigmatize communities.

The federal government asked the Homeland Security Operational Analysis Center (HSOAC), operated by RAND, to examine the current state of terrorism prevention in the United States and develop recommendations for improvement.

The study found that shortfalls in national terrorism prevention efforts have come not only from limited focus and investment, but also from critics seeking to constrain or halt such efforts.

Researchers found that the most effective path would be for the U.S. government to support state, local, nongovernmental, and private terrorism prevention programs, rather than building capabilities itself. Also, any new initiatives will need to build community trust to be successful. 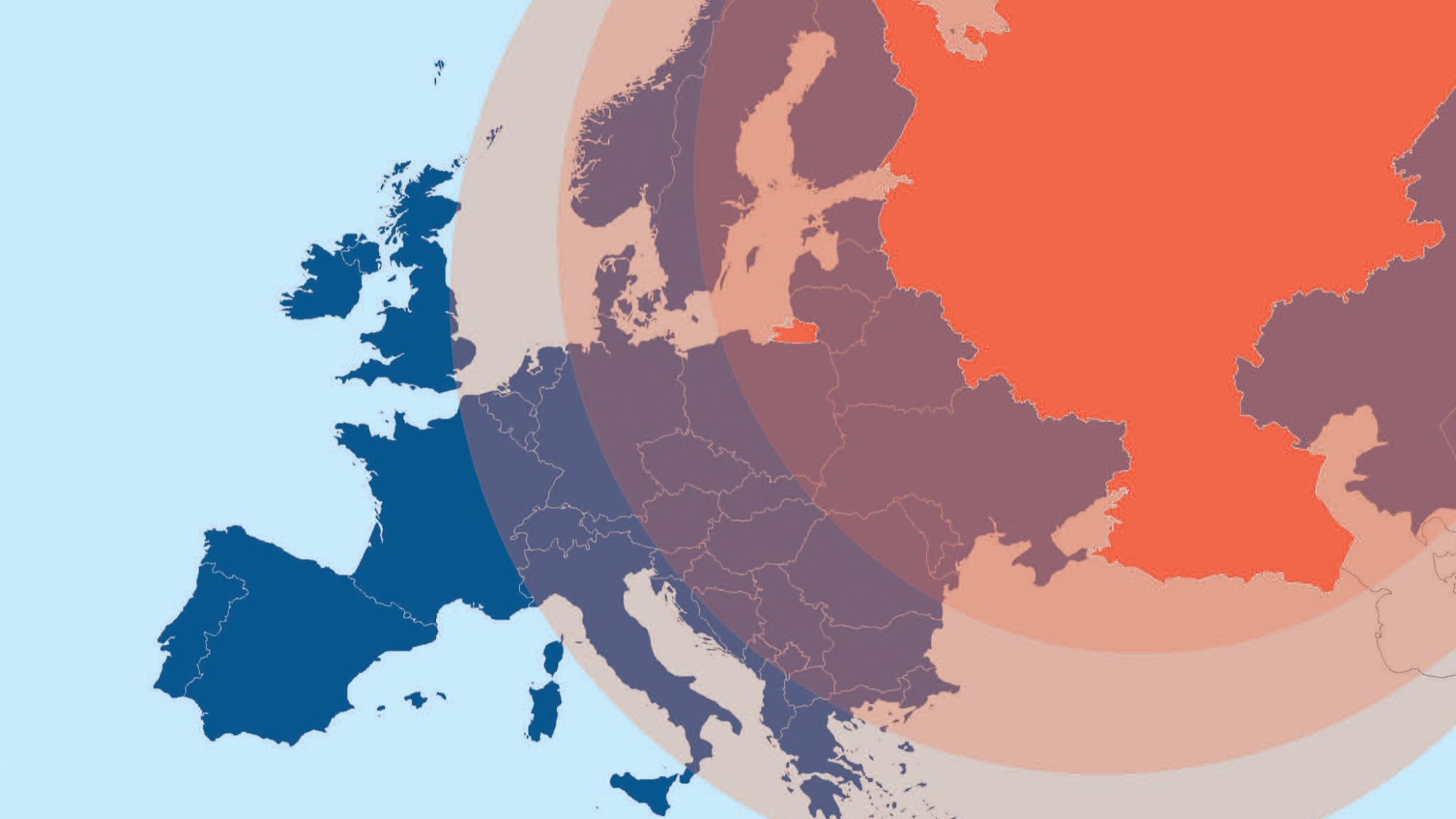 The term “hostile measures” encompasses a wide range of activities short of conventional war that Russia uses to wield influence across Europe. These can include economic pressure, information operations, political corruption, support for separatist movements, and deniable use of force.

A RAND report published in January analyzes how Russia might threaten Europe in the near future and how prepared countries are to resist or respond.

Drawing on the insights of regional experts and the available literature, the authors outline the size, scale, and methods of Russian hostile measures. They also recommend how the United States and its European allies could respond.

Whatever the response, the West should prepare for a wide range of conflicts. This will help reduce the risk of mismanagement, miscalculation, and escalation. 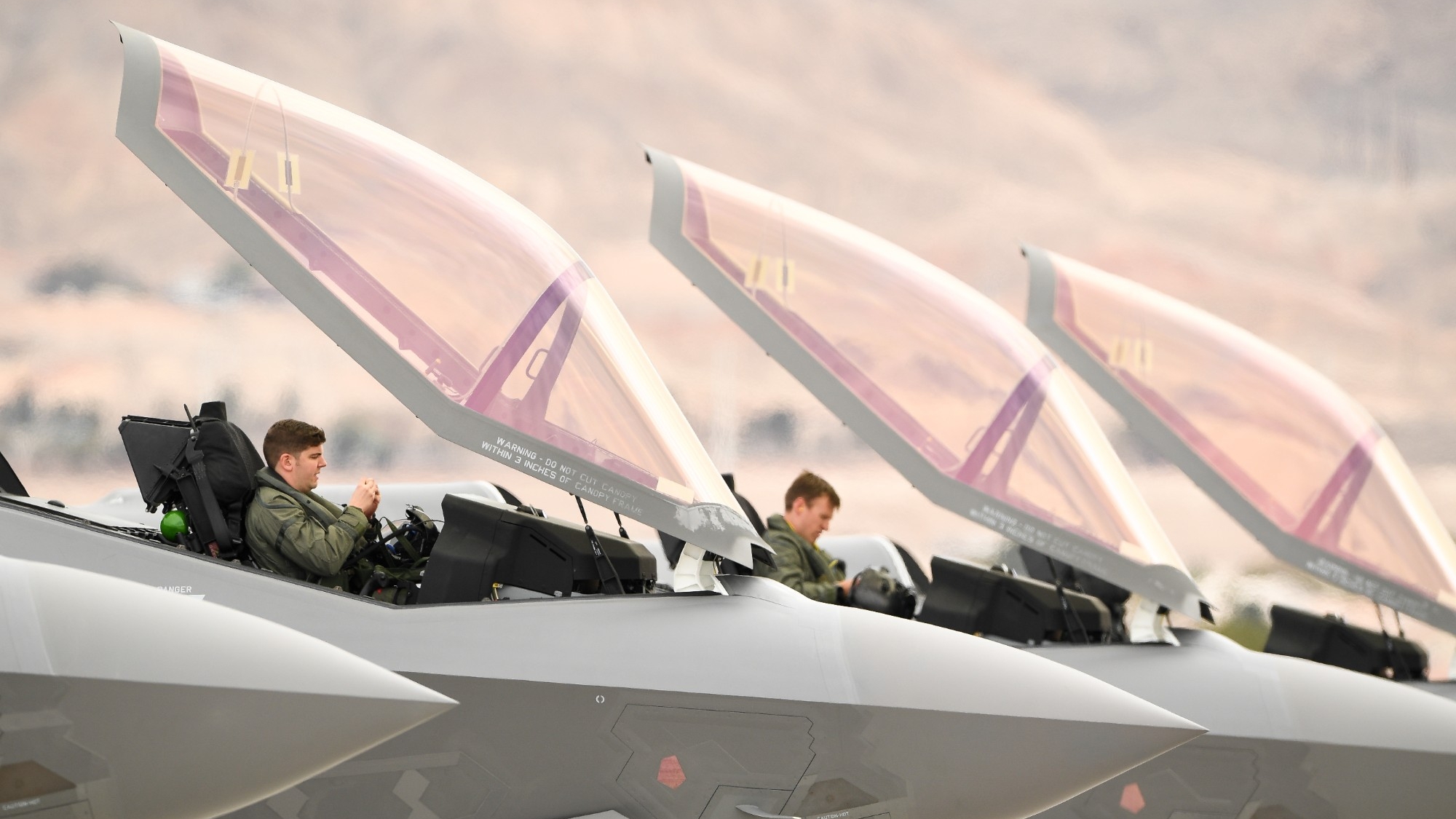 Is It More Efficient to Retain Air Force Pilots or Train New Ones?

Changes in the commercial airline industry have led to concerns about pilot retention in the U.S. Air Force. There's a trade-off between increasing pay to retain current pilots and the costs required to train new aviators.

RAND researchers considered the costs associated with several types of pilots: fighter; bomber; command, control, intelligence, surveillance, and reconnaissance (C2ISR); and mobility. They found that training new personnel is quite expensive. For example, training a basic qualified fighter pilot ranges from $5.6 million for an F-16 pilot to nearly $11 million for an F-22 pilot.

The authors concluded that increasing bonuses and incentive pays to retain pilots is more cost-effective than expanding the training pipeline. 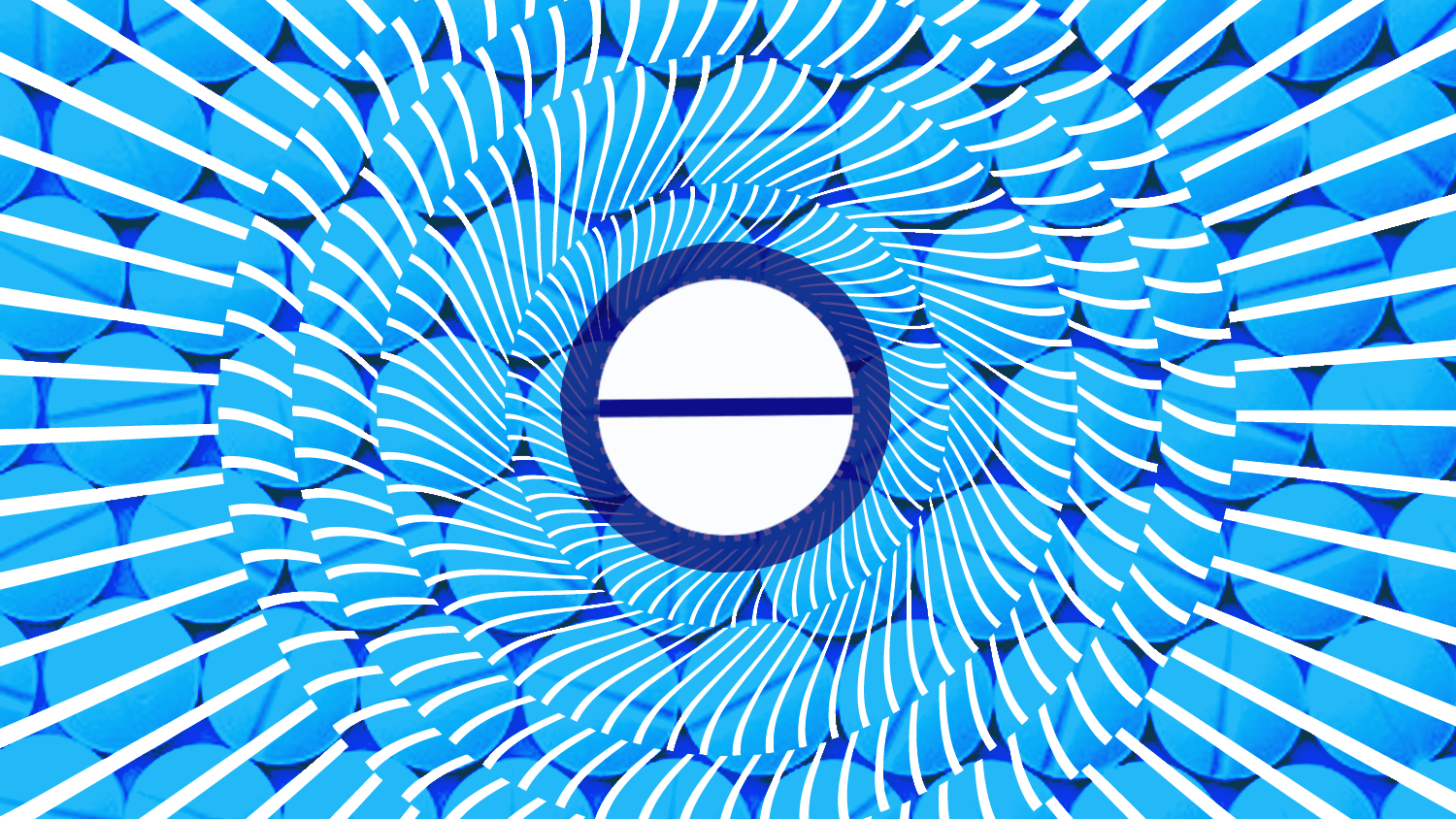 In 2019, RAND launched a new initiative called Opioids Uncharted. The goal is to map the contours of America's opioid crisis, analyzing its underexplored consequences and charting a more holistic understanding of the problem to help inform and create policy solutions.

The first major release from the initiative examines the rise of fentanyl and other synthetic opioids—a drug crisis unlike any other in U.S. history.

Beau Kilmer, one of the Opioids Uncharted leads, captured the key takeaway of the fentanyl report: “Limiting policy responses to existing approaches will likely be insufficient and may condemn many people to early deaths.”

Look for new research from Opioids Uncharted in 2020. 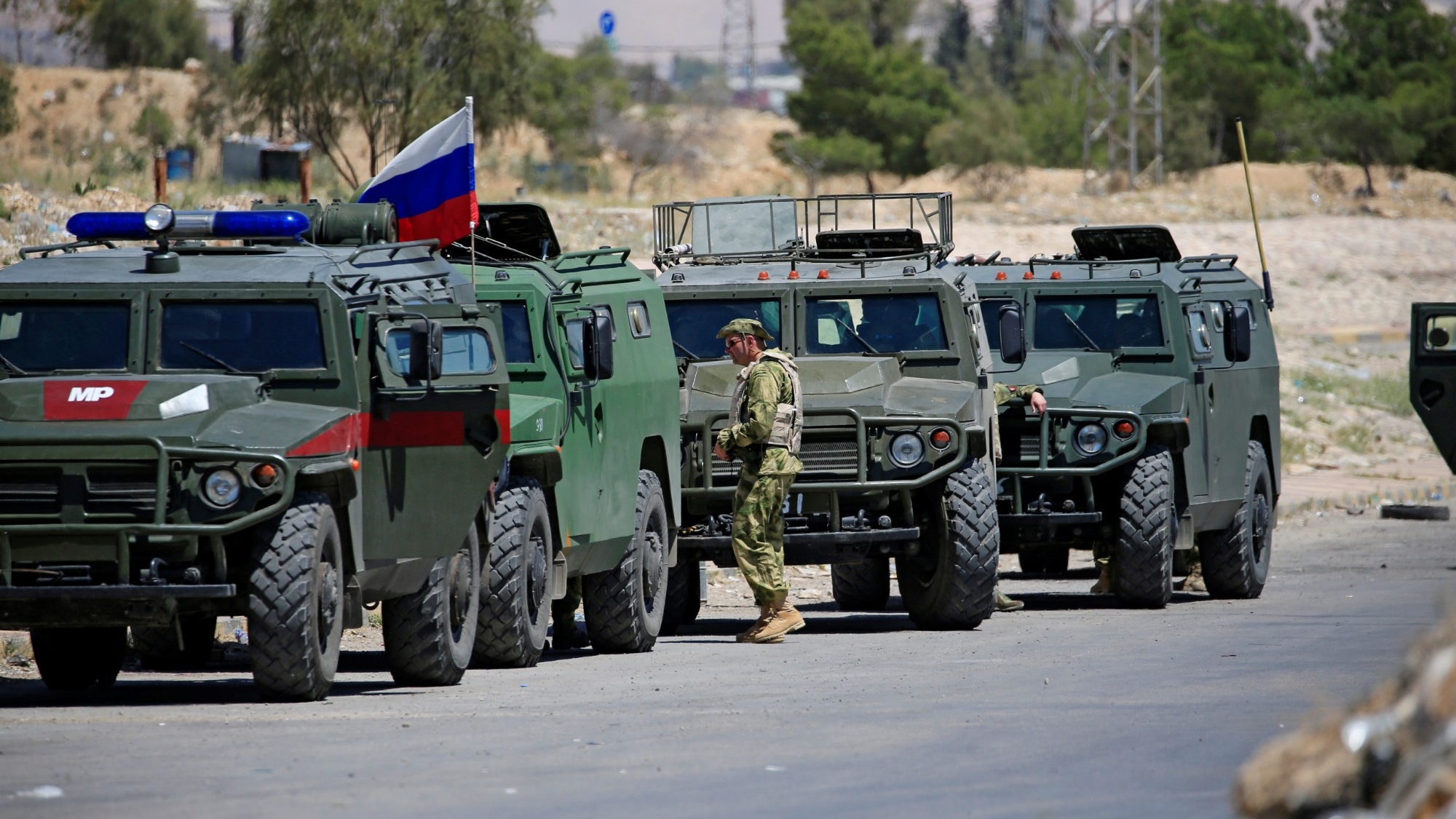 The Future of the Russian Military

Russian military forces have been improving since 2008, enabling operations in Crimea, eastern Ukraine, and Syria. How Russia develops its ground combat capabilities poses real challenges to the United States and its allies.

RAND researchers analyzed the societal, political, economic, and demographic factors underlying Russian military power. They found that, while the key factors shaping Russia's ability to generate and sustain forces have changed significantly over the past decade, they show signs of remaining stable over the next five to 10 years.

Studying Russia's priorities and constraints helps shed light on how the U.S. military can develop its capabilities to better compete with Russia and safeguard U.S. interests while minimizing financial cost and the risk of war. 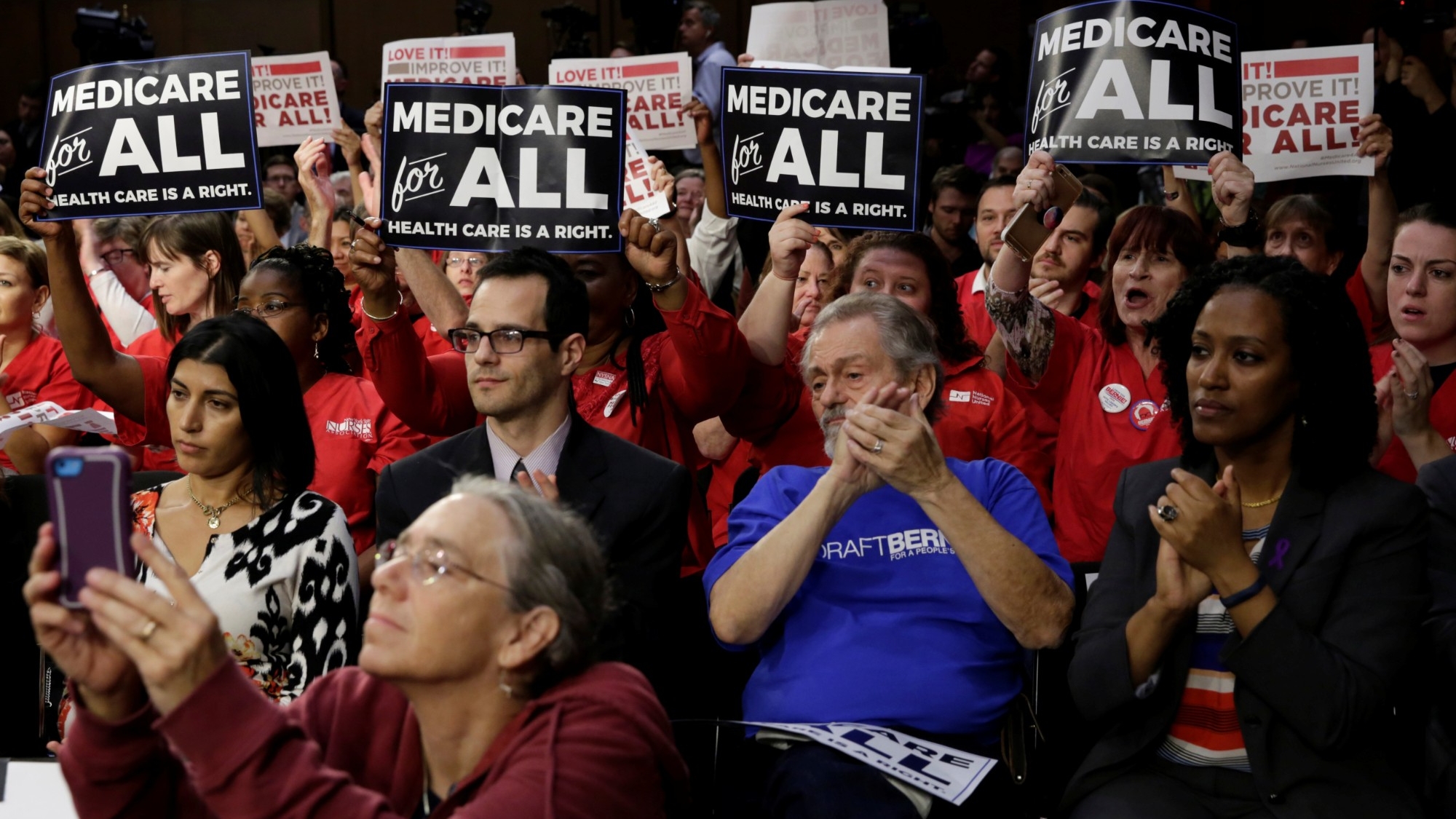 Supporters of a “Medicare for All” plan gather on Capitol Hill in Washington, D.C., September 13, 2017

How Might “Medicare for All” Affect Health Care Spending?

How much would a national single-payer health plan affect health care spending in the United States? Earlier this year, the New York Times asked RAND researchers and other experts for their estimates.

Our researchers produced a study that found that total health expenditures under a Medicare for All plan that provides comprehensive coverage nationwide and long-term care benefits would increase by 1.8 percent relative to current spending. This estimate accounts for a variety of factors, including increased demand for health services, changes in payment and prices, and lower administrative costs.

While a 1.8 percent increase is a relatively small change, the federal government's health spending would increase substantially, rising by an estimated 221 percent. 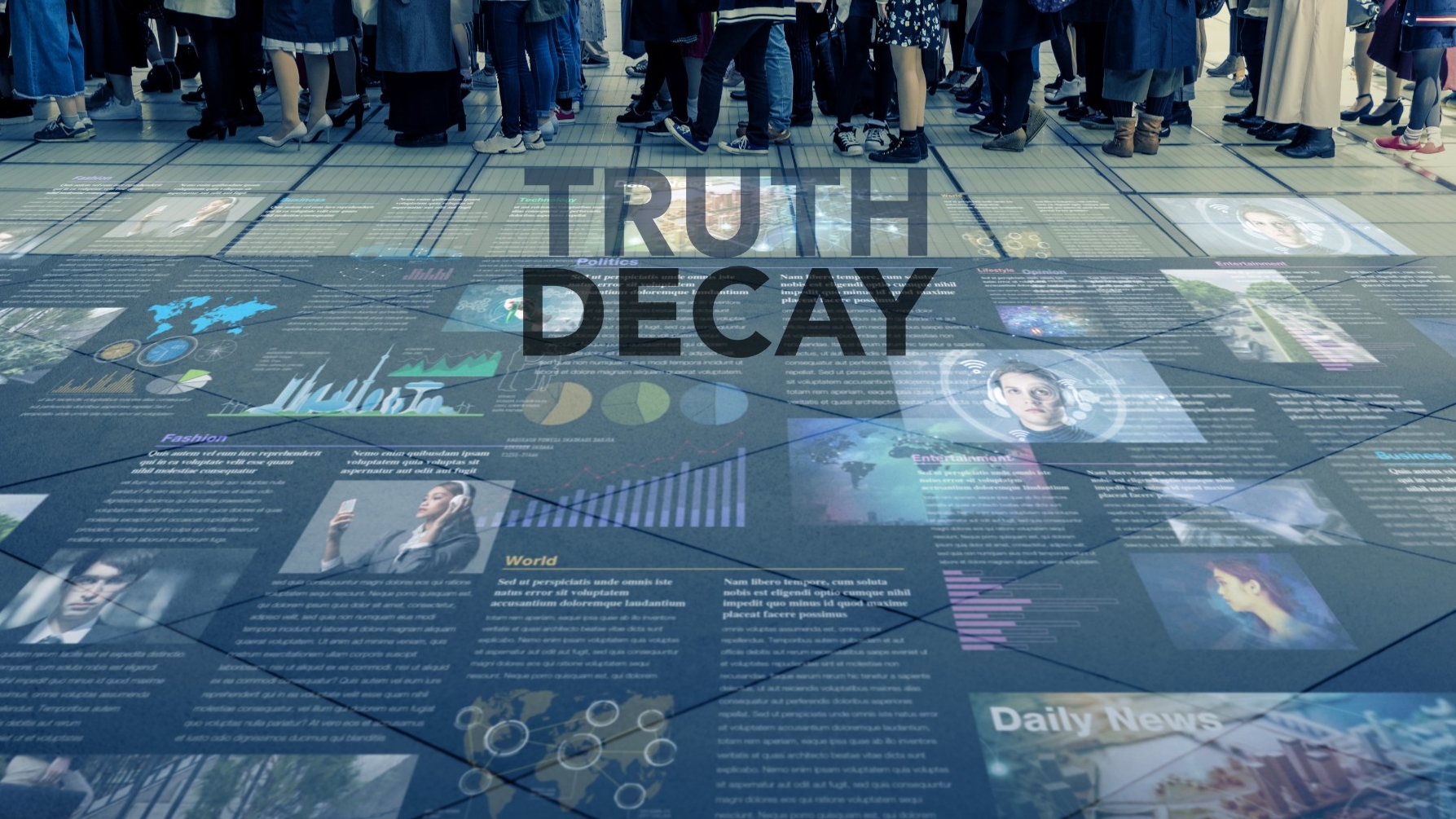 In 2019, we continued our research on how to counter “Truth Decay”—the diminishing role of facts and analysis in American public life. Reports explored media literacy education as a tool for mitigating Truth Decay and how news presentation is changing in the digital age.

RAND researchers also created a database of online tools developed by nonprofits and civil society organizations that aim to fight the spread of disinformation. These include fact-checking resources, bot detectors, and media literacy apps.

The most recent Truth Decay report sheds light on where Americans get their news and what sources they view as reliable. The study is based on survey data from the nationally representative RAND American Life Panel. Notably, the authors found that one-third of Americans use news platforms that they acknowledge are less reliable, mainly social media and peers.

Like the Opioids Uncharted project above, our Countering Truth Decay initiative will produce even more research in 2020, so stay tuned. 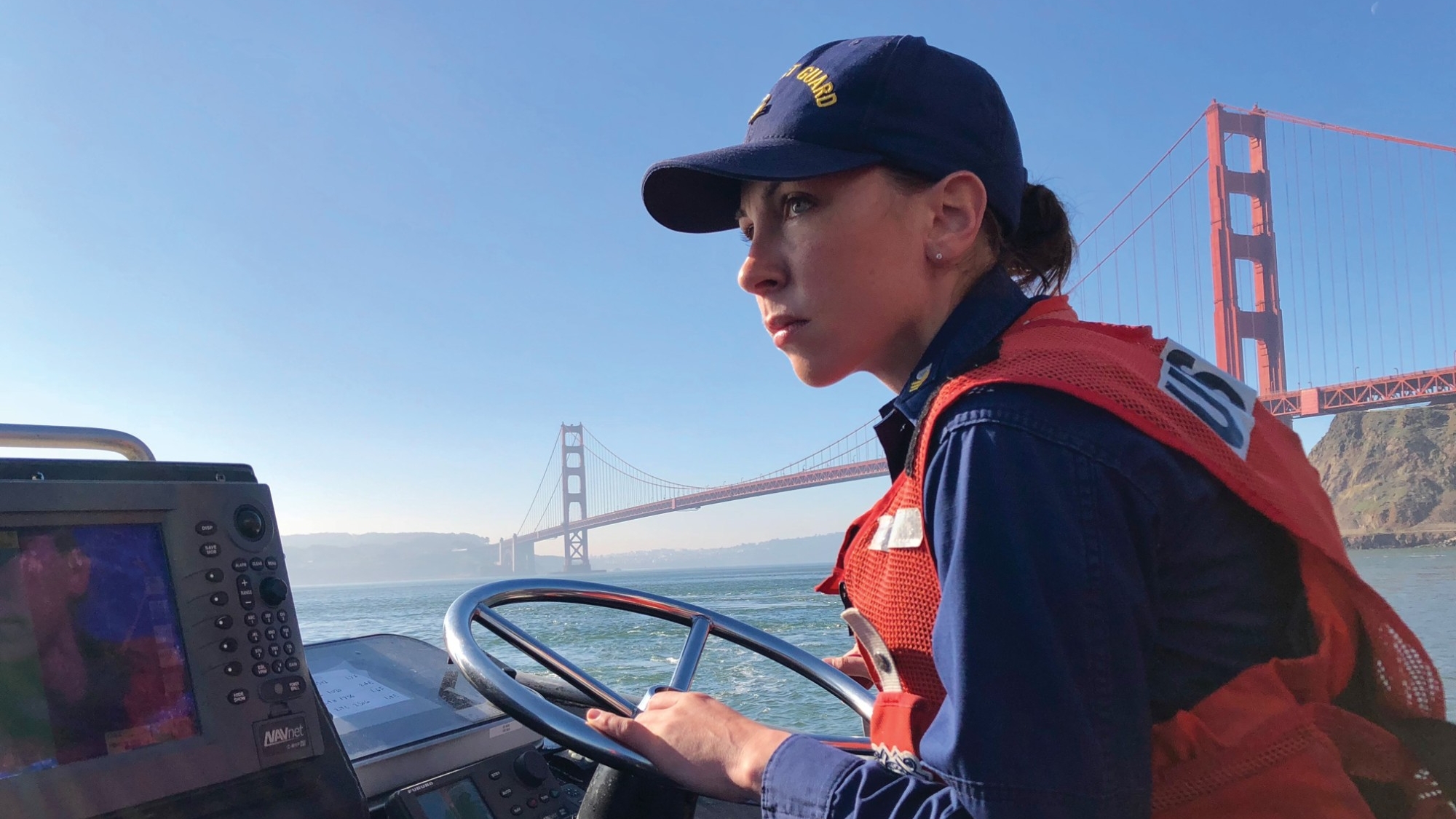 How Could the Coast Guard Encourage More Women to Stay?

Women leave the U.S. Coast Guard at higher rates than men. To better understand why, the service asked HSOAC to identify the root causes of female attrition and recommend ways to mitigate barriers to retention.

Researchers conducted a statistical analysis of Coast Guard personnel data and held focus groups with active-duty women and men to find out about their career choices, retention factors, and how the Coast Guard might modify benefits, policies, and programs to improve retention. Challenges to retaining women coalesced around three topics: work environment, career issues, and personal life matters.

The study found that more-inclusive personnel policies could help, such as minimizing the effect that parental leave has on evaluations and promotion, improving child care options, and expanding opportunities for leadership training. 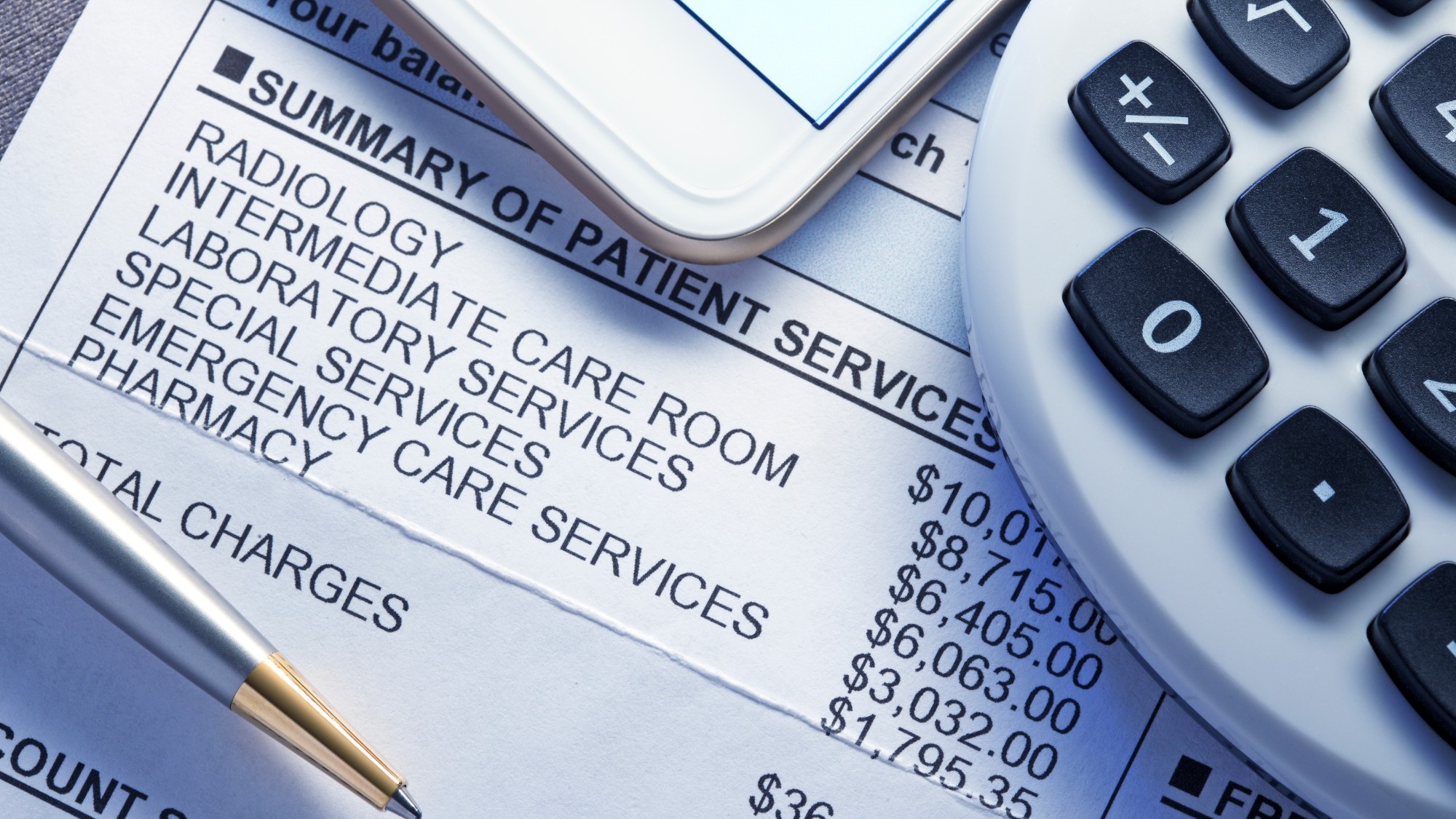 Getting good value for every health care dollar is a tremendous challenge, and the complexity of how health care services are paid for can be mystifying. Prices are often hidden behind contracts and are hard to interpret. Employers need help to become better-informed purchasers and stronger advocates for their employees.

A RAND study examined the prices of nearly 1,600 hospitals across 25 U.S. states. The authors found that in 2017, the prices paid to hospitals for privately insured patients averaged 241 percent of what Medicare would have paid. There was also wide variation in prices among states.

These findings suggest that employers have opportunities to redesign their health benefits to better align hospital prices with the value of care provided. But transparency alone may not be sufficient to reduce prices. Employers may need state or federal policy interventions to rebalance negotiating leverage between hospitals and their health plans. 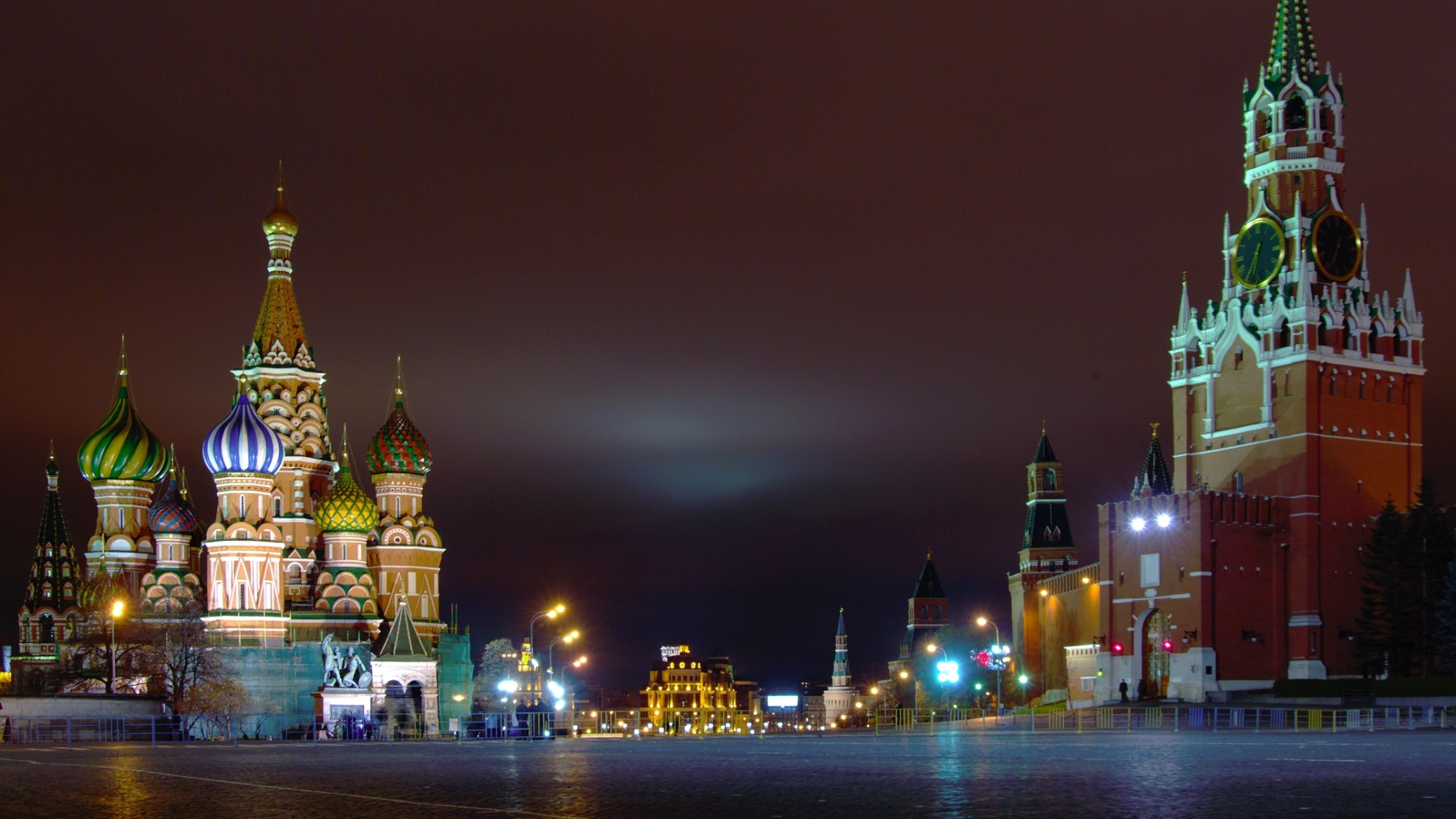 How to Overextend and Unbalance Russia

Russia's use of information warfare and its conventional military arsenal make it a formidable opponent, but it also has significant weaknesses that could be exploited.

Russia's greatest vulnerability is its economy, which is comparatively small and highly dependent on energy exports. Moscow's greatest anxiety concerns the stability and durability of the regime.

Our most popular research of 2019 was a study that examined nonviolent, cost-imposing options that the United States and its allies could pursue to stress Russia's economy, its armed forces, or the regime's political standing at home and abroad.

A team of RAND experts developed economic, geopolitical, ideological, informational, and military options, then qualitatively assessed them in terms of their likelihood of success in extending Russia, their benefits, and their risks and costs. Notably, the most promising measures are in the realm of energy production and international pressure.