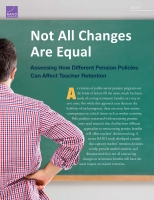 Not All Changes Are Equal

A businesswoman making an important decision.

As stories of public-sector pension programs on the brink of failure fill the news, much has been made of cutting retirement benefits as a way to save costs. But while this approach may decrease the liabilities of such programs, these cuts may have serious consequences on critical issues such as worker retention. Policymakers concerned with mounting pension costs need research that clarifies how different approaches to restructuring pension benefits will affect teachers' decisionmaking. A recent RAND study developed a model that captures teachers' retention decisions to help provide needed answers, and demonstrated that not all cost-saving changes to retirement benefits will have the same impact on teacher retention.

In teaching, understanding how retirement benefits affect retention is essential because turnover is also costly. Beyond simple budgetary expenses associated with replacing a teacher, estimated to cost as much as $100,000 per teacher, turnover can lead to a lack of continuity in instruction, lower teacher expertise in making curriculum decisions, fewer teachers in the pipeline to become principals and administrators, and fewer experienced teachers serving as mentors. 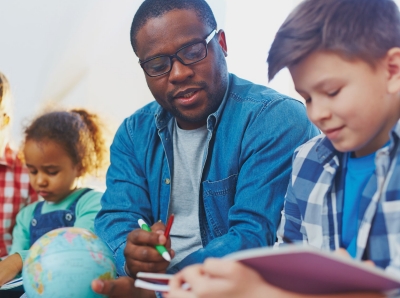 The authors developed a model of retention over teachers’ careers and gave it empirical grounding by estimating it with data on Chicago Public Schools (CPS) teachers. The estimated model allowed the authors to conduct a number of simulations exploring various changes to retirement benefits that would be expected to reduce pension liabilities, including:

The last option—the decreased pension multiplier—is a type of policy that has been implemented in other teacher pension systems. For example, legislation decreased the California State Teacher Retirement System plan multiplier by 0.13–0.27 percentage points for employees hired after 2012 who choose to retire before age 65. 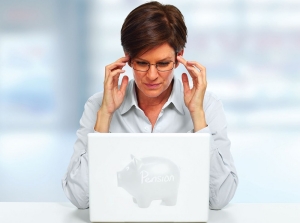 While cutting benefits to save costs may decrease liabilities, such cuts may have serious consequences on critical issues such as teacher retention.

Based on the simulations, increases in the vesting and retirement eligibility ages are predicted to decrease teacher retention through the first 27 years of teaching, after which the policy is predicted to have a positive effect on retention.

Under the new policy, teachers’ average years of service in CPS increase by 0.9 year overall. To put this in perspective, consider the following: in 1992, there were 10,485 teachers working in CPS who had started their careers in the district. The analysis focused on teachers who began teaching in CPS between ages 22 and 30. Under the policy with higher vesting requirements and eligibility ages, 552 fewer teachers would need to be hired to provide the same total years of teaching in CPS. Teachers’ longer careers could enable CPS to reduce the number of new, potentially less-experienced, teachers hired. However, it should be noted that the analysis did not include an evaluation of teaching effectiveness among teachers who were retained and those who left. It is possible that teachers who remained in the long term were not as effective as new or mid-career teachers.

The figure illustrates teacher retention under the pre-2011 pension rules (i.e., baseline) and with the policy change. For pre-2011 hires, the retirement benefit of a teacher retiring at a normal retirement age is equal to the multiplier times years of service times the average of the best four years of pay. The product of the multiplier and years of service cannot exceed 0.75. As shown by the rapidly descending stair steps on the left side of the figure, there is a high rate of attrition for early career teachers under both policies, with over 50 percent of teachers leaving within the first ten years. The model predicts that extending pension vesting from five to ten years of service will only slightly increase attrition during this time frame. This small change suggests that the effect of the new policy is outweighed by other factors which may cause teachers to leave the profession early in their careers. The relatively flat red line in the middle decades suggests that late-career decisionmaking under the new policy exhibits a lock-in effect: Teachers who stay for 20 years are likely to stay for 30 years. The possible reasons for the extension of service under the new policy are twofold: (1) these long-time teachers determine that they would rather continue teaching until reaching the new retirement-eligible ages, versus leaving teaching and doing something else until those ages, and (2) the higher eligibility age means teachers no longer forgo pension benefits if they choose to stay in teaching after the pre-existing normal retirement ages (55–62). 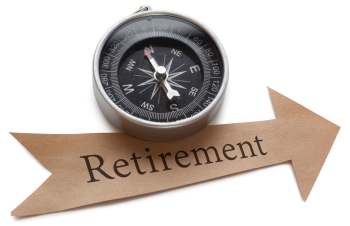 Two additional policy changes instituted as part of the 2011 CPS pension reforms—a decrease in the annual COLA applied to pension benefits in retirement from a fixed 3-percent rate to the minimum of 3 percent or one-half the inflation rate, and an increase in the number of years included in calculating the average of final pay from four to eight years—have very small effects. The impact of these policy changes is spread out over the benefit receipt period and, in the case of the COLA, is further delayed into the future. The simulated response to the decrease in COLA is 0.15 fewer years (or nearly two months) of work in CPS for the average teacher. The simulated response to using eight years instead of four years to compute the final average pay is a decrease of 0.06 years (or just over three weeks) worked in CPS on average.

The analysis assumed annual inflation of 3 percent in the steady state, meaning that under the new rules, the real value of the pension benefit would decline by 1.5 percent per year after collection begins. In both of these scenarios, similar to the effect observed in the figure on page 4, teachers are more likely to exit in the early and mid-career but work longer around normal retirement age because of the diminished incentive to leave.

Simulated Retention Effects of a Decrease in the Pension Multiplier from 2.2 to 1 Percent

Beyond an effect on average years of service, the results indicate that many teachers would exit teaching sooner and retention would be considerably lower by ten years of service, compared with the baseline. Retention then declines in parallel with baseline retention to 30 years of service, after which retention under the lower multiplier is higher than baseline retention. In short, for early-career teachers, the sharp decrease in the pension multiplier makes alternative job opportunities better in relative terms, driving greater attrition, while teachers reaching 34 years of service stay in teaching longer because the decrease in the retirement benefit decreases the incentive to leave (less money is forgone if the teacher stays). The net decrease in retention translates into increased turnover and the need for more hiring to maintain the workforce.

A policy that was not part of the reforms affecting post-2010 CPS hires, but which has been enacted by other states, was considered: a decrease in the retirement benefit multiplier from 2.2 (current value) to 1 percent. For a teacher with 30 years of service, this policy would reduce her pension benefit from 66 percent to 30 percent of her final average pay. The effect of this reduction in pension benefits on teacher retention is large: Teachers are predicted to shorten their careers in CPS by over 5 percent (0.9 years) on average.

Building on the Model: Future Work to Evaluate Pension Options 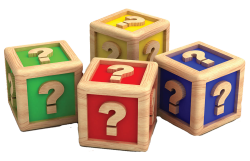 Teachers’ defined-benefit retirement plans are underfunded in nearly all states, and the political pressure to reduce the pension burden on state and local budgets continues to increase. Extending the analysis to estimate the change in pension liabilities associated with proposed policy changes and to identify pension reforms that are most efficient in terms of maintaining the teaching workforce for a given level of cost reduction is a top priority. Recent similar work from RAND on the analysis of possible reforms to the military retirement benefit system examined, for example, the cost of changing the military system from a wholly defined-benefit system to a blended system that retained the defined benefit but at a lower multiplier and added a defined-contribution system. This blended approach enables many more service members to vest in at least some retirement benefit. Analyses exploring the cost, and cost savings, of many variants of the reform compared with the existing system revealed that the reform would require the introduction of mid-career continuation pay to sustain the baseline retention profile. Adding costing modules to the teacher dynamic retention model would enable RAND to better assess policy options for educator pensions, a capability that would be useful to stakeholders and policymakers in Chicago, the state of Illinois, and in other states and cities, as well as to other public sector pension stakeholders. 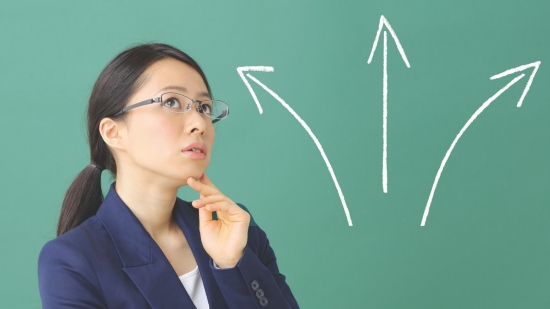 Although the current study focuses on the financial incentives to teach, future work can extend the model to incorporate characteristics of the school, changes in work environments and responsibilities, and changes in student characteristics. For example, an enriched model could allow for estimates and simulations of how education reforms focused on new teaching methods or changes to the size of the student body affect the retention of teachers. Such estimates would enable the comparison of specific nonfinancial characteristics of the work environment to financial compensation over the career profile—information that human resource managers and policymakers could use to address benefits, work conditions, or the school environment in ways that efficiently target retention of teachers at struggling schools or at particular points in their careers.

Understanding How Teacher Effectiveness Is Related to Retention

In a time of large reforms to teacher compensation, especially teacher pensions, it is important to understand not only the effect of these policies on the number of teachers that leave at particular points in their careers, but also on which teachers leave. Incorporating measures of teaching effectiveness into the dynamic retention model will provide a better understanding of the extent to which alternative compensation structures are proselective, or not, on quality and simulate the effect of compensation changes on outcomes of interest. Such a next step is essential in designing teacher compensation to ensure the best outcomes for students.