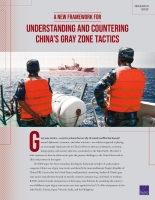 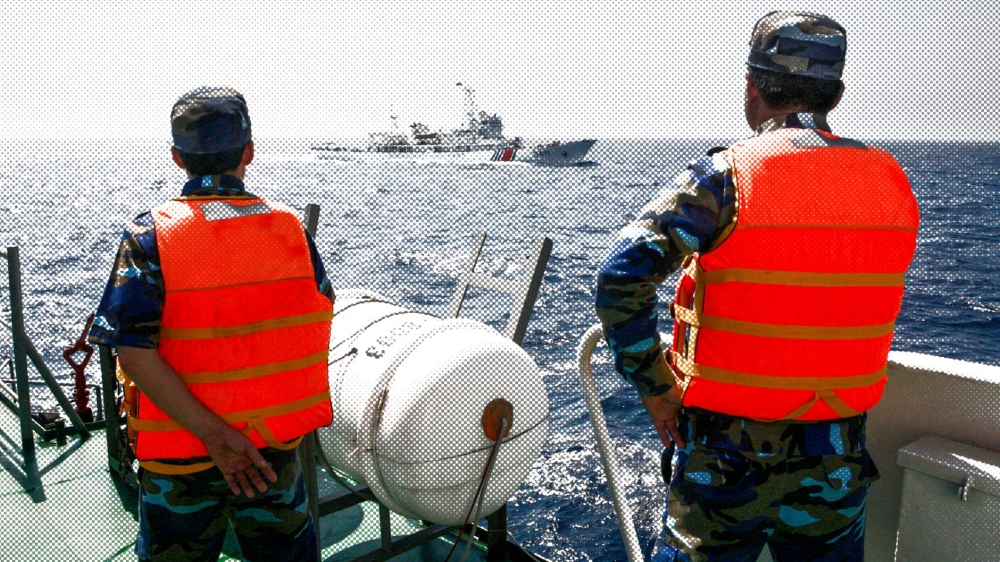 To understand how the United States can better compete with and counter PRC gray zone coercion, RAND researchers analyzed open-source material and held a workshop with more than 90 U.S. interagency and U.S. Department of Defense participants to answer four related research questions.

Gray zone tactics—coercive actions that are shy of armed conflict but beyond normal diplomatic, economic, and other activities—are widely recognized as playing an increasingly important role in China's efforts to advance its domestic, economic, foreign policy, and security objectives, particularly in the Indo-Pacific. But there is little consensus to date on which tactics pose the greatest challenges to the United States and its allies and partners in the region.

We define Chinese gray zone tactics as coercive Chinese government geopolitical, economic, military, and cyber and information operations (cyber/IO) activities beyond regular diplomatic and economic activities and below the use of kinetic military force.

We further differentiate by mechanism, or how China uses its power to pressure the target, dividing

Question 1. How Does China View Competition in the Gray Zone?

Chinese analysts view gray zone actions as measures that powerful countries have employed both historically and in recent decades that are beyond normal diplomacy and other traditional approaches to statecraft but short of direct use of military force for escalation or a conflict. While Chinese scholars do not typically use the term gray zone to describe Chinese gray zone activities, the Chinese conceptualization of military operations other than war (MOOTW) is helpful for understanding how China may use its military for such activities. Chinese analysts characterize coercive or confrontational external-facing MOOTW as stability maintenance, rights protection, or security and guarding operations. China believes that MOOTW should also leverage nonmilitary actors and means.

Question 2. What Drives and Enables Chinese Use of Gray Zone Tactics?

Chinese activities in the gray zone support PRC leadership's overarching domestic, economic, foreign policy, and security objectives in the Indo-Pacific, which Beijing views as China's priority region. Gray zone activities balance China's pursuit of a more favorable external environment by altering the regional status quo in its favor with a desire to act below the threshold of a militarized response from the United States or China's neighbors. Recent developments have provided an increasingly varied toolkit for pressuring other countries across four key domains: geopolitical, economic, military, and cyber/IO. These developments are

Overall, China tailors its gray zone activities to the target and has an increasing variety and number of more-coercive tools. Beijing layers the use of multiple gray zone tactics to pressure allies and partners, particularly on issues related to China's core interests. Combining multiple geopolitical, economic, military, and cyber/IO activities means that China no longer has to rely on significant escalation in any single domain and, if needed, can sequence actions to apply pressure in nonmilitary domains before resorting to use of military activity. China also appears to be more cautious and selective in using high-profile gray zone tactics against more-capable countries—for instance, employing a smaller variety of tactics against Japan and India than against Vietnam and the Philippines.

China has increasingly leveraged military tactics, and there is no evidence to suggest that China will use fewer military tactics as its overall military capabilities grow or that improved bilateral relations will discourage China from pressing its territorial claims. Likewise, there is little reason to believe that China will use fewer military gray zone tactics as its geopolitical or economic power increases. China has recently relied heavily on air- and maritime-domain tactics, for example.

China exercises caution in its use of high-profile, bilateral geopolitical and economic tactics and has become more active in wielding its influence in international institutions or via third-party actors. Since at least 2013, China has expanded its involvement on the ground in select regions, recruiting local proxies and engaging in various information efforts. In terms of nonmilitary tactics, China uses geopolitical and bilateral tactics most often.

Question 4. Which PRC Tactics Could the United States Prioritize Countering?

Given the wide range of PRC gray zone tactics and the diverse collection of allies and partners in the Indo-Pacific region, the United States faces the difficult task of determining how to prioritize which PRC activities to counter. The U.S. government, experts, and academics do not currently agree on how to assess which PRC gray zone tactics are most problematic. Policymakers could consider aggregating across three different criteria: (1) the extent to which PRC tactics undermine U.S. objectives and interests in the Indo-Pacific region, (2) how difficult it is for allies and partners to respond to and counter tactics, and (3) how widely China uses specific tactics (against one or multiple allies and partners).

While there are many ways to combine the three indicators, the most balanced approach might be to weight U.S. objectives and interests equally with allied and partner concerns (40 percent each) and the prevalence of PRC tactics less (20 percent). Based on this aggregate method, ten of the 20 most-problematic PRC tactics are military activities that the People's Liberation Army or Chinese paramilitary actors engage in, with many of the tactics involving operations near or in disputed territories. Other military tactics include China engaging in highly publicized and large-scale, cross-service military exercises; establishing military bases or potential dual-use facilities in neighboring countries to threaten a target; and building up or acquiring PRC military capabilities against targets. 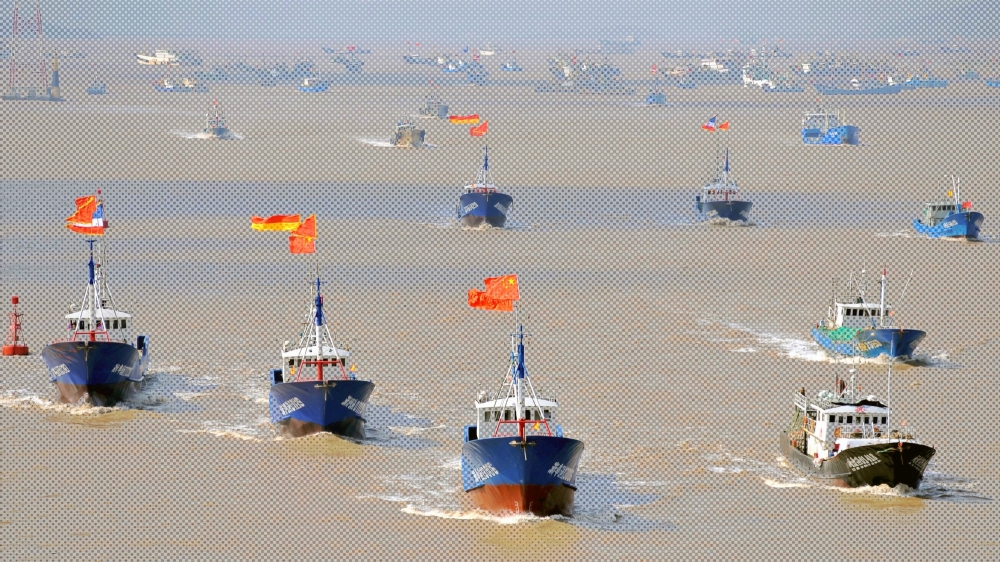