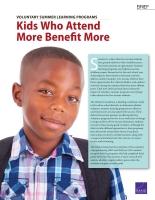 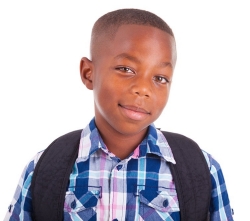 Summer is a time when low-income students lose ground relative to their wealthier peers, but it also presents an opportunity: Summer learning programs may help low-income children prepare themselves for the next school year. And programs that include enrichment activities address another inequity: Low-income children have fewer opportunities for cultural, athletic, and outdoor activities during the summer than their more affluent peers. Until now, little has been known about the impact of voluntary summer programs run by large urban districts for low-income students.

The Wallace Foundation is funding a multiyear study in five urban school districts to determine whether voluntary summer learning programs are effective and what factors are associated with success. These districts have been pioneers in offering full-day voluntary programs for five to six weeks free of charge to large numbers of low-income elementary students, not just to those facing grade retention. Although the districts take different approaches to their programs, they all provide at least three hours of academic instruction per day by certified teachers, along with a range of enrichment activities such as art, music, tennis, and swimming.

This brief summarizes the outcomes of two summers of programming (2013 and 2014) on 3,192 students accepted into the programs who had completed third grade before the first summer. Future research will analyze whether program effects persist after the students complete seventh grade.

RAND researchers used two types of analyses to identify outcomes: a randomized controlled trial, or causal analysis, in which students were randomly assigned to either a treatment or control group; and correlational analysis that compared specific groups of students, such as high attenders, with the control group. Researchers also collected extensive data on program implementation and attendance — factors that influenced outcomes.

Findings from this study suggest that high attenders benefited from the programs in mathematics and language arts achievement. However, it was hard for some districts to get students to attend regularly.

What happens when we compare the control group with those kids who were randomly selected to participate?

The causal analysis from the randomized controlled trial examined program effects on all treatment students accepted into the program. Because many students did not show up or had low attendance, these effects are smaller than the effects experienced by students who attended regularly.

Causal results from the first summer programs showed a modest boost in mathematics performance, representing about 15 percent of a typical annual gain in mathematics, which had dissipated a year later. There were no significant benefits for any other academic, social-emotional, or behavioral outcomes.

Causal analyses of providing two summers of programming found no statistically significant effects for any of the measures — a result that is influenced by the fact that nearly half the students who were accepted into the programs did not participate in the second summer, effectively diluting the effect on the students who did attend. The higher the no-show rate, the larger the effect of the program would have to be (on those who did attend) in order to be detected.

What happens when we compare the control group with those kids who attended?

Correlational analysis, which compares subsets of the treatment group to the control group, can yield important insights about outcomes and the factors that influence them. It also introduces the possibility of selection bias because differences between subgroups of students (such as high attenders) and the control group could explain differences in outcomes. To help mitigate this risk, researchers controlled for the same broad set of student characteristics as in the causal analyses, including student characteristics and prior academic performance. For this reason, they think the sum of evidence makes it likely that the academic results are due to participation in the summer learning programs.

High Attenders in the First Summer Benefited in Mathematics

High attenders (those who attended at least 20 days) in the first summer gained a significant and substantial benefit in mathematics from the program. We observed this benefit on the spring 2014 state assessments as well, when the high attending treatment students outperformed the control students at a rate representing about 15 percent of an average annual gain in mathematics.

Findings from this study suggest that high attenders benefited from the programs in mathematics and language arts achievement.

The academic boost for these students translates to between 20 and 25 percent of typical annual gains in mathematics and language arts.

Students who received at least 25 hours of mathematics or 34 hours of language arts instruction (defined as high levels) performed significantly better on the language arts and mathematics tests in fall 2013 and fall 2014 than control group students. After the second summer, these positive effects persisted into the spring.

About 35 percent of attending students received a high number of hours of mathematics and language arts instruction. This calculation considers a student's attendance and the estimated amount of time that their particular classes were focused on academic material, based on researcher observations.

The study found that students who received the highest quality of language arts instruction benefited in that subject in fall 2013 after the first summer. The measure of quality focused on clear instruction, on-task behavior, and teachers' efforts to ensure that all students understood the material. These positive trends emerged in spring and fall of 2014, though they were not statistically significant.

Of Those Selected to Participate, What Percentage Attended?

While about 80 percent of treatment students attended the first summer program in 2013, only about half came in the next summer. To understand the increase in no-shows in 2014, it is important to remember that the numbers represent participation of students who were accepted 14 months earlier to attend the program in two consecutive summers. This time lag increased the possibility that students made other plans for the second summer or moved out of the district.

Of Those Students Who Participated, About 60 Percent Were High Attenders

If we consider only those students who showed up, about 60 percent of them were high attenders in each of the summers.

Taken together, students who came to the program attended about 75 percent of the program days, although these numbers ranged from 60 percent to 80 percent in specific districts. Although districts with the lower average daily attendance rates tried various strategies to improve attendance, their efforts did not have much effect.

Besides offering evidence on effectiveness, both causal and correlational, the study offers guidance to practitioners on how to increase the benefits of summer learning programs of this kind. Three of these lessons highlight the importance of maximizing the amount of instruction students receive over the summer.

Other reports from this study will appear over the next few years, including an analysis of whether these outcomes persist into the spring of 2017 and a handbook offering guidance to districts that are running summer learning programs.